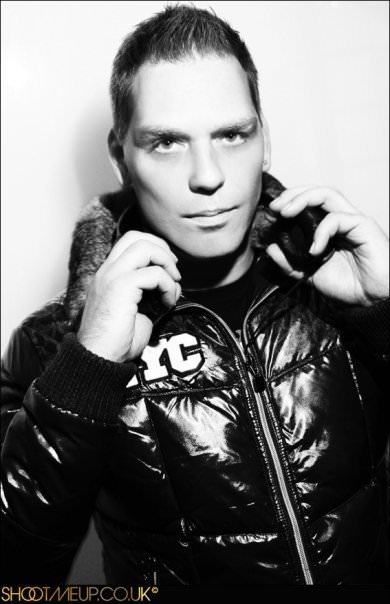 He took his first steps into the DJ World back in 1987, in Hamburg (Germany) when he had to unexpectedly fill in for a DJ friend – the now famous Boris Dlugosh, who shot to fame with the “Sing it back” remix for the Uk group Moloko.

Shortly after, while playing his first set to an ecstatic crowd at the uber trendy FRONT club, the owner of the club asked him to take up a residence there.
4 years later and after moving from Hamburg to Berlin, he was introduced to the Techno-scene that was gaining popularity in this reunited city and played gigs in clubs such as POOL, E-WERK and the BASEMENT and at events such as LOVE-PARADE.

After 5 year residences in Amsterdam, Berlin, Hamburg and Zurich he decided to move to Spain, where his Music-Style rapidly changed from Techno-Trance into BALEARIC-STYLE CHUNKY TEC HOUSE – but with a funky twist.

Oliver has been a resident or guest at clubs across Europe, including Space Ibiza, El Divino, Amnesia and Privilege in Ibiza, Matinee Group in Barcelona, Cirque de bella Artes, Space of Sound and Trip Family in Madrid, True Colour in Bern, Storm, Mezzo and Roxy in Amsterdam, Propaganda in Moscow, Muccasassina and Gorgeous I’am in Rome, The Block in Padova, Matrix in Berlin and more.

He plays around the world in such diverse cities such as Rio de Janeiro, Tel Aviv, Miami and New York.

Now back in London he plays as a resident Dj for ‘Salvation’ London and worldwide, Brussels massive Circuit party ‘la Demence’, and London leading gay venues ‘FIRE’ and ‘AREA’.

On top of his work as a world-class Dj with bookings all around the world, he successfully launched MATINEE LONDON @ the best London venues: Fabric, Koko, CABLE, Collosseum and his own brands BPM, REVOLVER and Matador.

All of his clubs attract a massive crowd off around 1500 to 2500 every month and have been voted the capital’s best clubs in London by several high profile magazines.

To catch his unique style you can download his massively popular music podcast for free on I-tunes or listen and download it directly from his site.