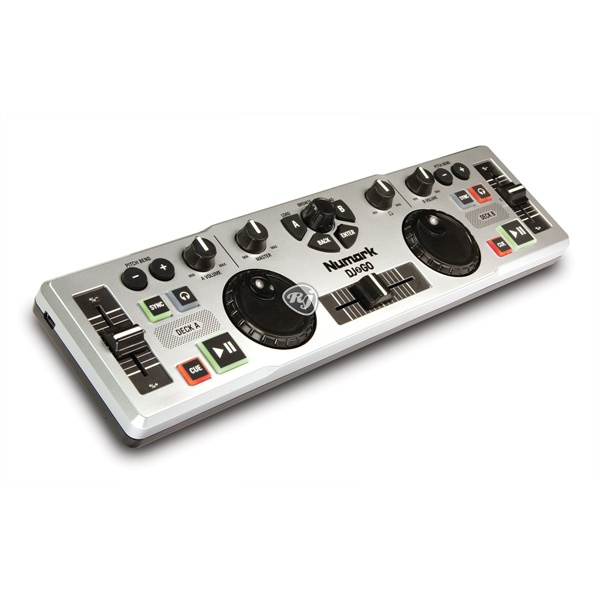 For the DJ’s out there or those who want to become a DJ, here’s a new gadget.

The Numark DJ2GO is a portable and affordable micro-controller; the next step up from controlling your DJ software with only a keyboard and a mouse. It has been designed to easily fit into a backpack and has been described by Numark as “the most portable DJ controller in the world”.

So no more dragging big controllers.
The DJ2GO weighs only 350 grams, THAT is as much as 2 chicken breasts u want to cook for dinner!. It comprises two platters, cue and play buttons, a cross fader, pitch controls, sync and headphone buttons. There are also deck A, deck B, master and headphone gain controls. Track navigation is via a rotary knob and deck-A/deck-B load buttons. There is no need to use a mouse for loading a track. Easy breasy function.

The Numark DJ2GO is bundled with a special edition of VirtualDJ LE software. It is, however, MIDI-compliant, so almost any DJ software can be used by re-mapping the controls within the application.
The DJ2GO attaches to a laptop via the included USB cable. It has been designed to be plug-and-play ready once the software has been installed. It is compatible both with Mac and PC.

It comes at the very sharp price of 59 euros. Now everybody can have a taste what it feels like to be DJ-ing.