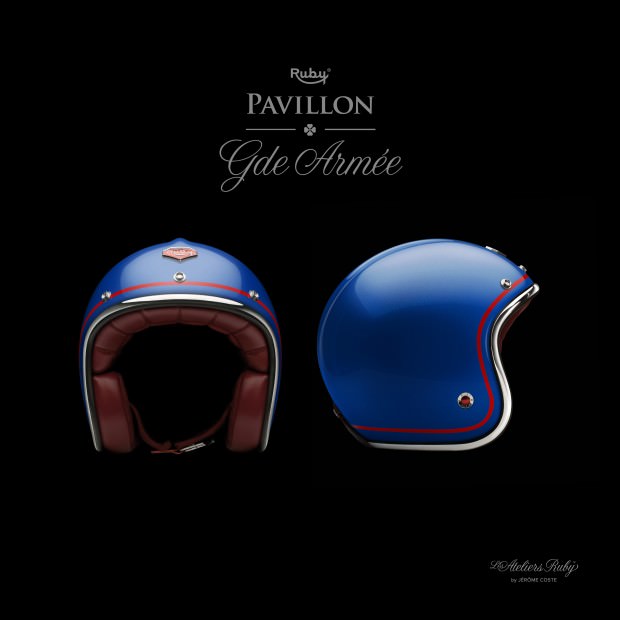 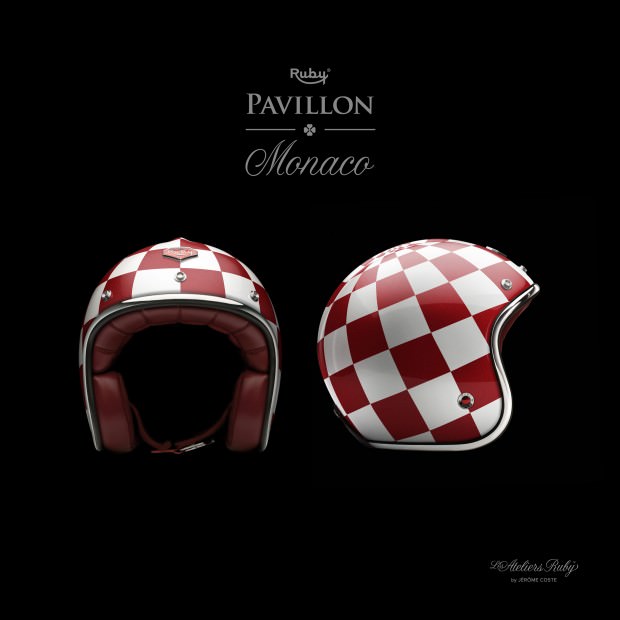 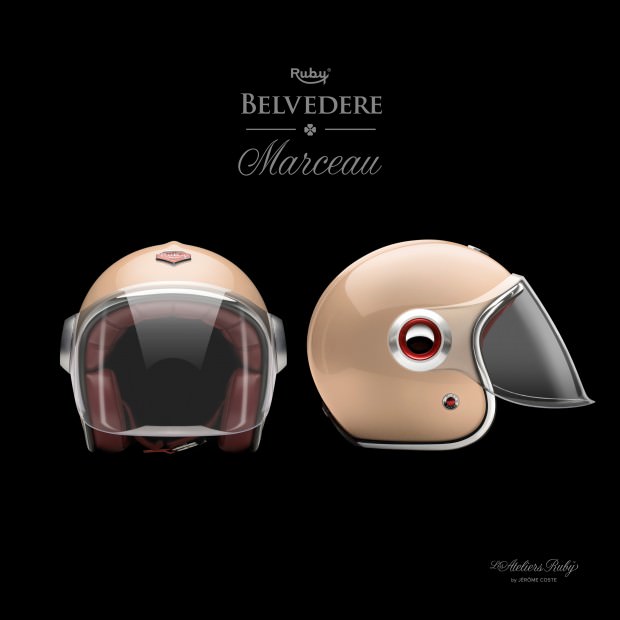 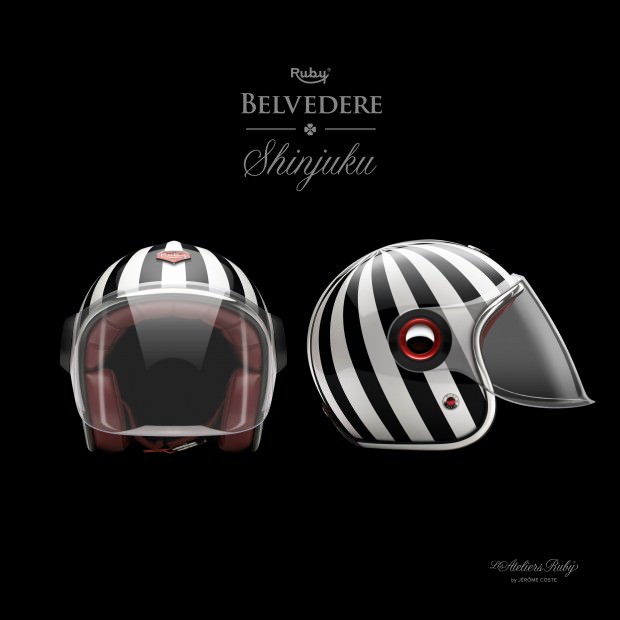 Ruby® was born out of the parisian designer Jerome Coste’s obsession with this particular safety accessory. Jerome grew up in the world of mechanical sports, fascinated by both the champions’ performances and their outfits. He wanted to emulate them and his own breakneck temperament earned him six cranial traumatisms. Although no after-effects showed up on the encephalograms he saw this as an additional explanation of his interest in « protective headgear », so he started a collection.
After studying at the ‘Ecole Estienne des Arts Appliques’ in Paris, in 1992 he took off for a decisive experience in California, working for the motocross equipment brand of his dreams, JT racing.
One day in 2001 he was reading a Japanese motorcycling magazine and fell in love with the spirit of the Tokyo biker gangs, who expertly mixed street culture and a vintage motorcycling spirit, so he noted down the idea for a brand of helmets which would have a conventional design although using modern technology. Starting in 2004 Jerome chose the name «Ruby», designed the Pavillon® and drafted the whole project.

The rest of the story is a long crusade, which picked up pace in October 2006 when Jerome was joined by Jean-Etienne Prach who took charge of all the adventure’s realistic, operational data. The two had become friends 10 years earlier due to a shared interest in skateboarding and since then Jean-Etienne had become an expert multinational management consultant.

The Pavillon is the flagship model of the exceptional style and know-how of ‘Les Ateliers’ Ruby. This is an open face helmet using retro inspiration but with a modern, harmonious design which is both conventional and sensual, thus highlighting the simplicity of the quality.
The second helmet designed by Jerome Coste is the Belvedere, based on the Pavillon – with the same typical features such as its carbon fiber shell, the burgundy padded interior with genuine nappa lambskin borders, the metal emblema – but special with its articulated screenshield covering the whole face.
Each helmet comes with three visors of different tints.

Les Atelier Ruby’s helmets subtly assert their personality through a number of details:
Its backbone is inspired by knights’ helmets, the chrome-plated strip which runs around the edge of the helmet, its steel coat of arms and its claret interior made of nappa lambskin reminiscent of the aesthetics of vintage luxury cars. Attention to detail is given to the design and working of each part, without overlooking its red case which would be worthy of even the finest jewel..
All Ruby® helmets are made using carbon fibres, a technology inherited from the aerospace industry guaranteeing maximum solidity combined with a feather-light weight.

Les Ateliers Ruby have a number of short programmes offering limited numbered editions, which means that there is a helmet to suit all tastes and connoisseurs can add to their collections of exceptional models.

For the programme of «signature» limited editions, les Ateliers Ruby® offer artists from various backgrounds opportunities to interpret the Ruby® helmet in their own ways. There are no design constraints and the number of editions is left up to the artist.

In 2009, the Belvedere made its first appearance on the catwalk for the Eley Kishimoto show during the London Fashion Week. Since then, ‘Les Ateliers’ Ruby built some great collaborations with fashion superstars such as Martin Margiela and Karl Lagerfeld, each time in limited edition.
With ‘Les Ateliers’ Ruby, the helmet is now an object of desire. Maybe you already own one, but keep your eye out for new designs!