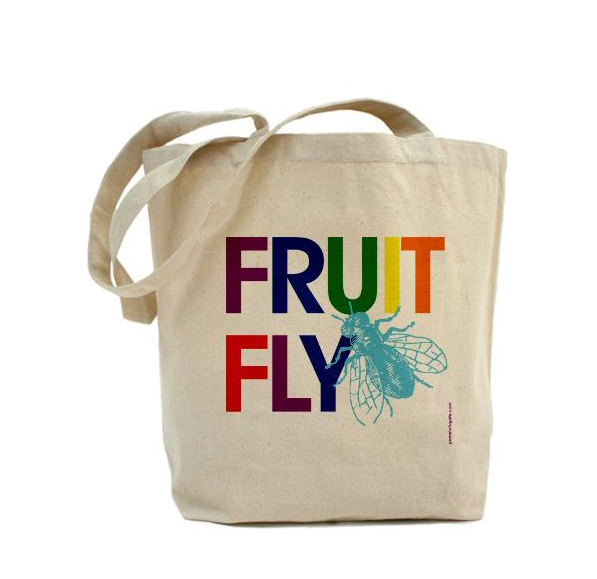 There’s a certain kind of woman that can catch the eye of a gay man.

She’ll likely be wearing 5″ heels, her hair and make-up will resemble that of a drag queen, and she can snap her finger and say “honey” with more attitude than the tranny waitress who serves your weekly mojitos. If you haven’t seen the likes of her before, don’t be alarmed. Be delighted. You’ve found yourself in the graces of a fruit fly.

Quite simply, she’s a woman who prefers the company of gay men because she recognizes their boldness, wit, and utter brilliance regarding the human condition. Whereas the stereotypical ‘fag hag’ is overweight, unattractive, and inconspicuously trying to lure gay men into bed with her, the fruit fly is the complete opposite. She’s got plenty of attention from straight men but finds the dynamic of a gay friendship much more synergistic and emotionally fulfilling.

Take, for example, the last gay friends I made. I was on a date with a successful, good-looking guy, but had a difficult time hearing what he was saying to me at the restaurant we were in. His timidness was drowned out by the booming laughter of a gentleman sitting behind me. I turned around and saw him, along with his partner, celebrating a friend’s birthday and having a great time. I excused myself to my date, and asked the gay couple if we (I’ve got some manners after all) could join them. After dinner I ditched my date (that meat was really heavy) and attempted to prove to my new main squeezes that I really could dance like Beyoncé. We’ve been inseparable ever since.

Maybe that’s because everything really does come naturally between a fruit fly and her gay counterparts. The characteristics that are present in their relationship are often lacking in heterosexual ones; unconditional love and understanding, unflinching honesty, and last but not least, fidelity. A fruit fly never has to worry about a gay man cheating on her. To the contrary, the fruit fly is the emotional complement to a gay man’s psyche.

Not only does a relationship with a fruit fly include conversations about haute couture, interior design, and love of theatre, but it goes far beyond that. Given the sensitive nature of these women, they are just as interested in listening about and understanding what it’s like being a gay man. They are the ones who will strut their stuff with you at the Pride Parade one minute, and hold up their ‘marriage equality’ signs the next.

So if you happen to notice a spirited, wickedly dressed woman glance at you, treat her to a smile. She just might be your ticket to snagging that hottie you’ve been too shy to chat up.

And if you’ve been branded a fruit fly, show off that ‘buzzworthy’ status!! I’m a big fan of Pamela Fugate’s fruit fly tote. She was inspired to create the design by a friend who often refers to her using the term of endearment. Each tote is hand printed and custom made-to-order. Even better, they can be personalized and the company ships internationally! To check out her unique products visit www.pamelafugate.com.