Through the creation of the artist, Robin's photographs never stop questioning the reality that the body is a mere container made of flesh. 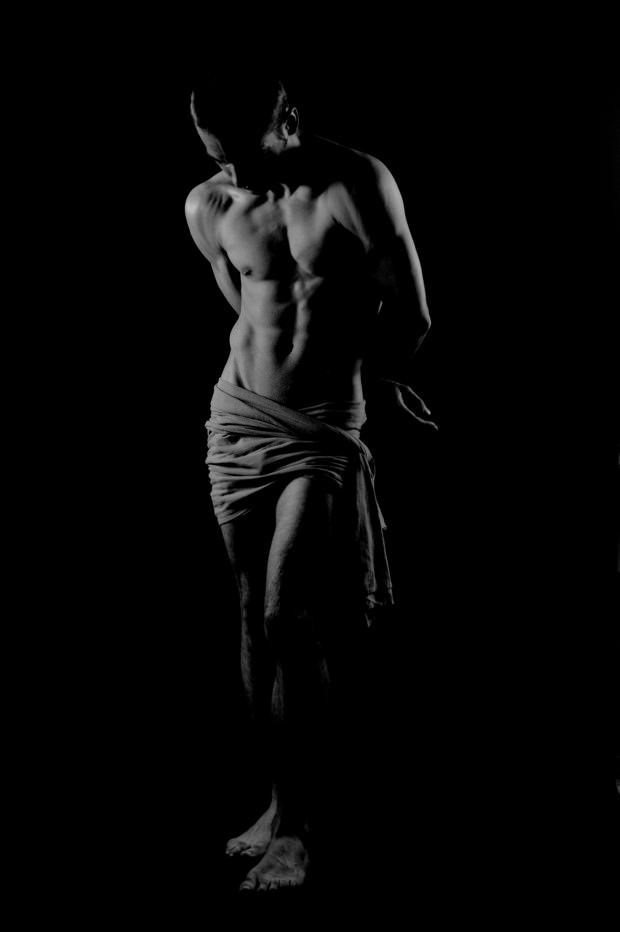 It’s the end of a complicated day, we still have another appointment at a very chic bar, Crystal Lounge, in Brussels, where I have to meet a photographer named Robin. He has been a photographer for 20 years, and shooting both people and stars. Mainly from the music world, Depeche Mode to Mylene Farmer, Robbie Williams to Radiohead. I am not really in the mood to go for this appointment, but it is impossible to get out of it.

I enter the bar, get comfortable and wait for my turn to meet Robin… While waiting, I take the time to look at his artwork. I am astounded, there is no ‘bling bling’, no glitter, but the typical cliché black and white males and sculptures that tell the story of Saint Sebastien. Mostly inspired, simple, yet often strong, and astonishing.

Finally, I am greeted and taken to meet Robin. He is sitting comfortably on a leather sofa, he greets me, and I smile, I don’t know why, but I feel the need to share with him my first impressions of his work. Very quickly, I learn he is a passionate man. He tells me about life’s journey made up of hazards and random meets. The need that has driven him to create this range of Saint Sebastien’s sculptured body, was to bring back this Saint’s triumph. 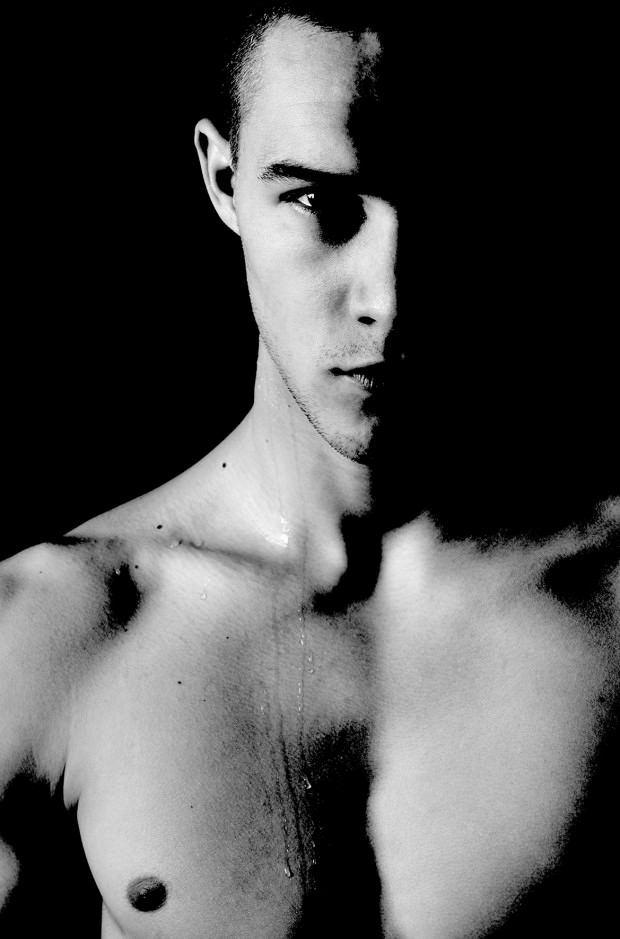 In fact, after several years, Robin decided to add his name to a famous crusader character from the Crepy-Nateuil Castle in France that hosts two remarkable series, these display The Patron of Archers that has long been idolized and worshipped as the protector of Rome from the curse of the plague. Robin made Saint Sebastien the principle theme of his work.

Adding to his new and original view of two statues that give him great inspiration, he has brought about a new and original look from having met so many people and models in his everyday life. The artist delivers a meditated range of pictures of the male body, that reveal the youth and beauty of the young men which acts as a shield, protecting them from disease and infection, much like Saint Sebastien who was pierced by arrows, yet rose gracefully, sacrificing himself for the triumph of faith.

Through the creation of the artist, Robin’s photographs never stop questioning the reality that the body is a mere container made of flesh. Talking with him, he explained to me that he gives little direction to his models, giving them the freedom to understand in themselves the character of Saint Sebastien. These one-time models become statues offered to the eyes of everyone, revealing not only the intimacy of their nudity, but also a part of their soul. 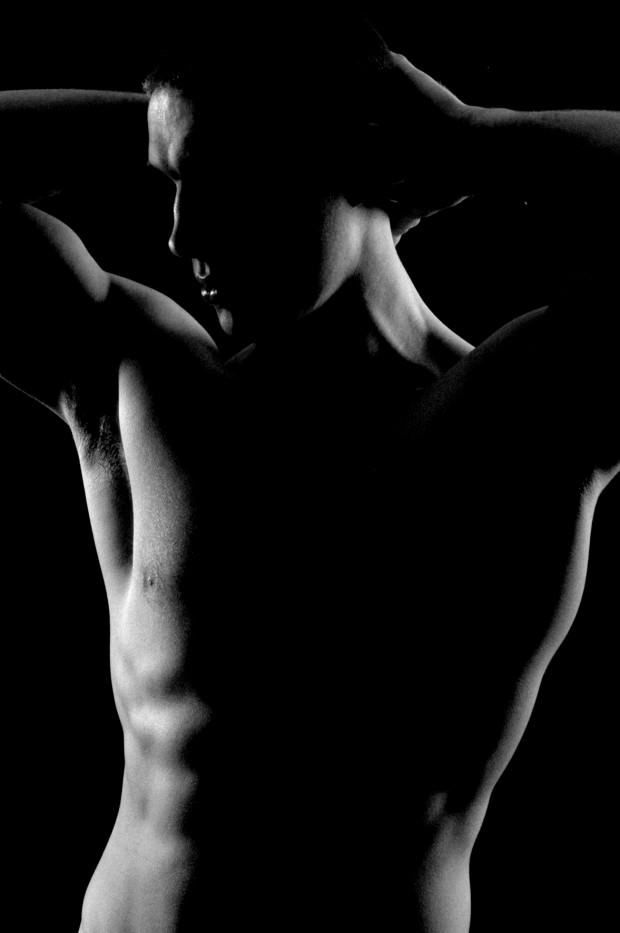 Robin gives these unknown models their moment of glory, and profane fame. They share a bit of their truth for eternity with us.

Often associated with homosexuality, the protective role of Saint Sebastien is sometimes extended to the epidemic of the AIDS and it is this parallel between the plague and AIDS which Robin explores in this work. A percentage of the sales will be transferred for the fight against AIDS. Belgian personalities, Elvis Pompilio and Jean-Paul Lespagnard, also posed within the framework of this project. 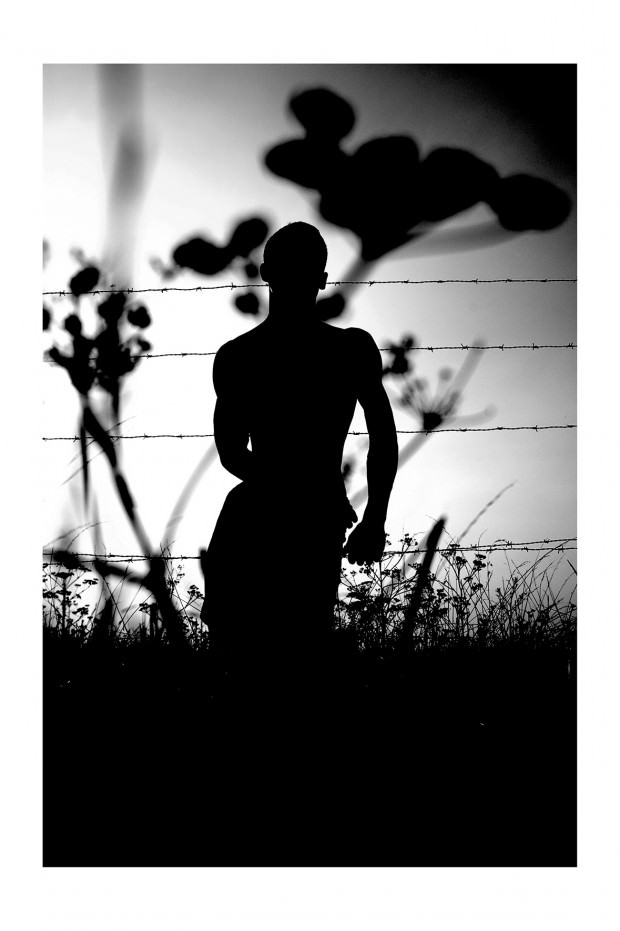