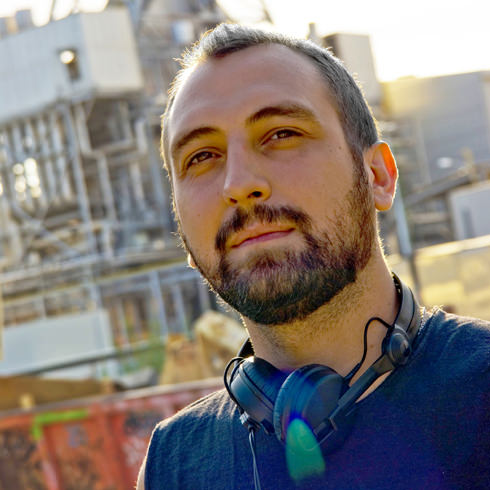 Ivan Gomez, a Spaniard at heart and mind. He lives in Barcelona, the trendsetting European city for clubbing and music. Having that Spanish passion and drive, you wont be surprised by the fact that it’s reflected in his work while producing regularly successful clubtracks and remixes of the biggest music artists of the moment such as Rihanna.
Alter having a career of 14 years as a DJ, in 2010 he continues his love for music by creating his own recording label “Guareber Recordings”.
Producing his own clubtracks, new sounds and remixing world-artists released work.
Because of his worldwide recognition in the music business, big labels such as Twisted Usa, Matinee Recordings,Sorry Shoes, and many more, call up for his talent and to pitch in.

After playing many times for the biggest clubs/partyconcepts around the world and circuit partys such as Matinee group Circuit Festival, some of this tracks got included in the last Circuit Festival/Winter Matinee group/Nervous & more compilations.
He traveled as a DJ around Europe and South America spreading his mixture of warm various House genres that include tech, progressive, deep & tribal house tinged with uplifting vocals from time to time.
Places like Gay Village (Rome), Bubu Lounge (Sao Paulo), Area (London), Gorgeous I Am (Rome), Cockpit (Cologne), Madhunter (Madrid), La Beaute (Helsinki), etc, already had the privilege to have him.

Recently, in mid 2011, he achieved the Number One on the prestigious BILLBOARD list in USA, with a remix of Yoko Ono “Ono- Move On fast”, released by Twisted Recordings USA.

Lately i got in contact personally with his track by using his remix on our successful perfomance video-coverage of our event-entertainement crew, on the worldwide known gay-circuit-party “La Demence”.

I became swiftly hooked/addicted to his way of remixing and feeling, sharing our same Spanish roots and vibe for “the rythm”… this resulted in him making a special exclusive DJ-set dedicated to GUSMEN. Which includes some hot tracks of the moment with some new exclusive tracks and sounds!