I have walked to the North Pole and climbed mountains all over the world, but nothing could prepare me for the biting cold and savage beauty of the landscape around Lake Geneva last week. Whilst most of Europe has been shivering under bitter Arctic conditions, a “perfect storm” of wind, waves and freezing temperatures has created some unique ice sculptures out of ordinary objects in many of the picturesque villages which surround the Swiss lake. 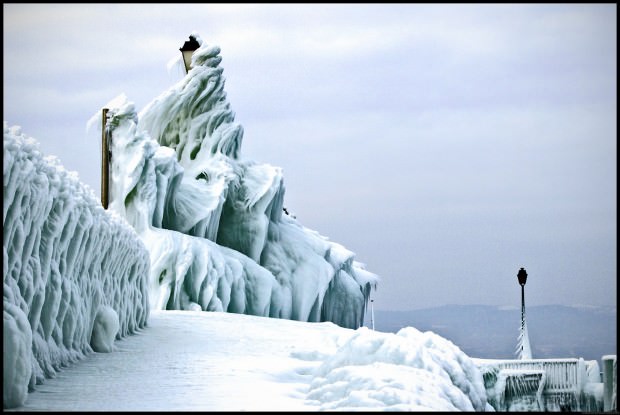 Whipped up by gale force winds, the waves of this normally tranquil lake have been literally frozen in time and motion creating a surrealist frozen landscape. Nothing has proven immune to the icy touch of Jack Frost at his most extreme. 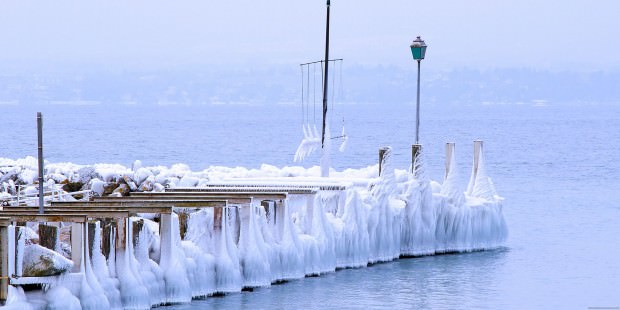 Lampposts, quays, boats and even cars parked woefully close to the water’s edge have been enveloped in layer upon layer of dense ice. Leaving aside the devastating impact the ice might have on vulnerable metal structures, this unusual meteorological event has created many images of immense stark beauty, some of which defy belief. 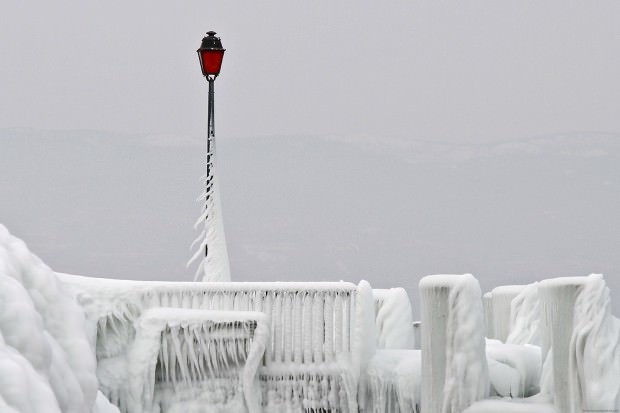 Park benches almost unrecognisable under the thick coating of ice. Boats capsized by the weight and wreaking force of the ice storm. Trees bent low, their branches carrying a beautiful but dangerously heavy icy load. 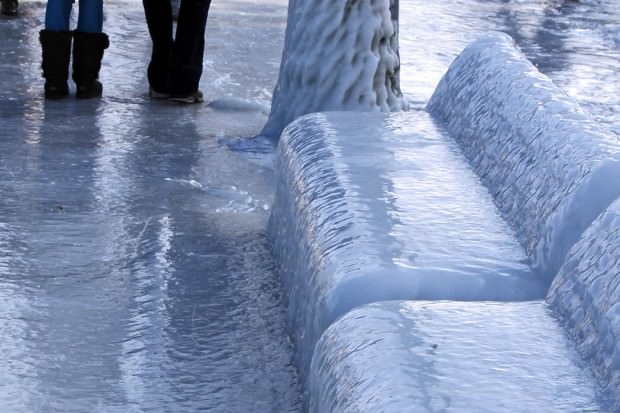 Other ice creations have an entirely otherworldly feel to them. Rocks dimpled by the waves and wind look like alien invaders or something from Lord of the Rings. Stunning, but unsettling. 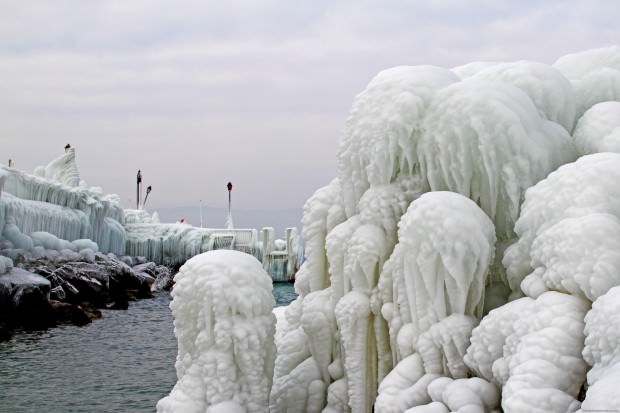 These savage landscapes are fleeting and transitory and even now slowly melting away as temperatures rise and the great thaw begins. However, for the owner of this ice-mobile, formerly known as a car, the defrosting might not come soon enough. 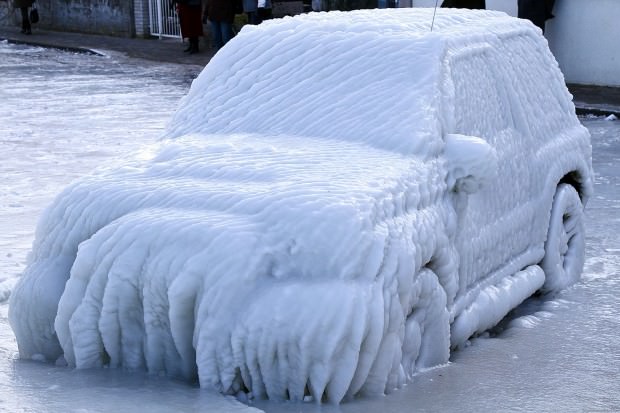 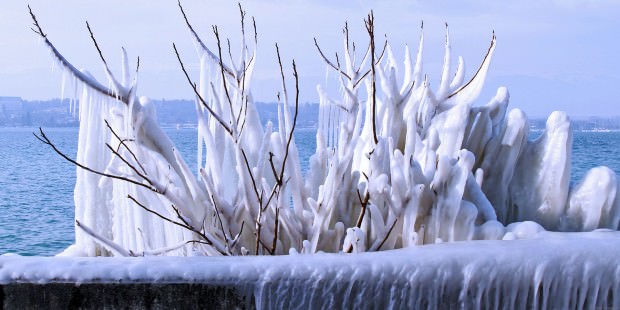 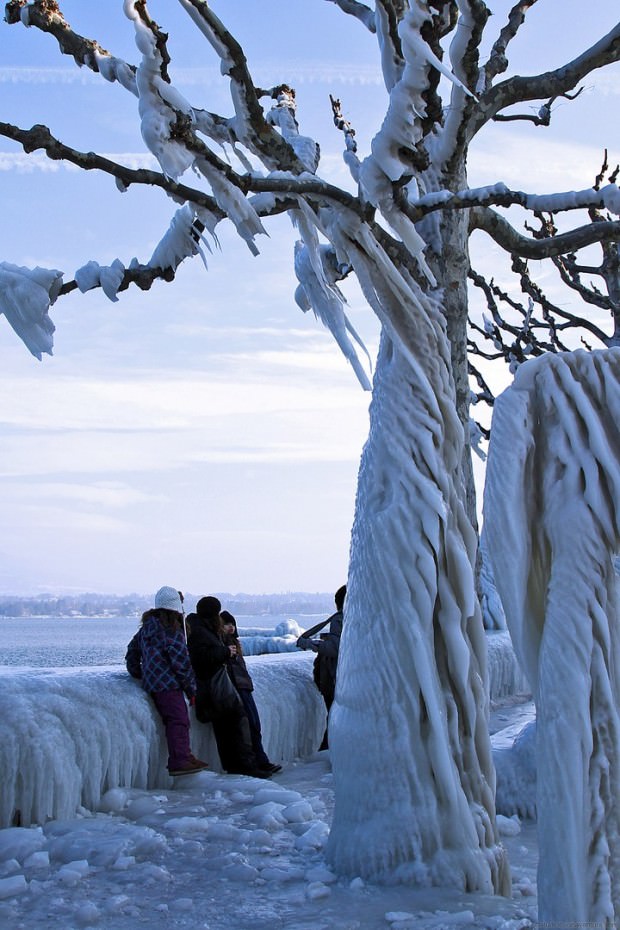 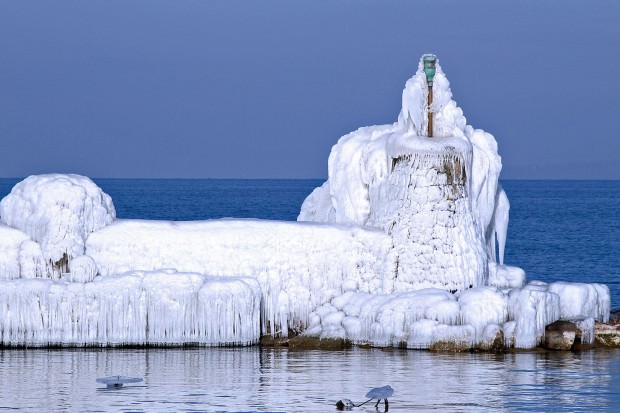 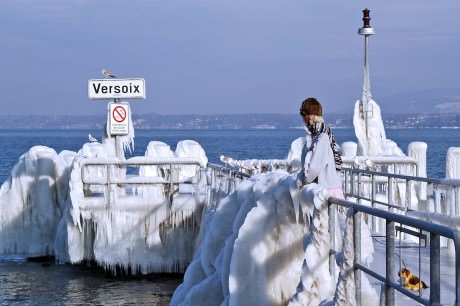