One of the consequences of global warming is that the polar ice caps are melting. Melting to such an extent that they are now forecast to disappear forever in the near future. The icecaps and thus their inhabitants will be no more. During a ca 500km expedition on foot across the ice cap to the magnetic North Pole, I had the chance to meet one of these inhabitants: Nanook, or polar bear translated from the Inuit. 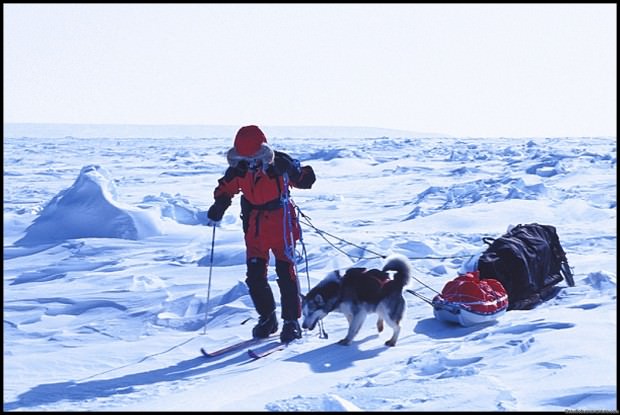 Pulling a sledge weighing some 120kg over a frozen ocean is not without certain risks. The worst would be falling into the water if the ice cap suddenly broke under your feet. The sledge is meant to float, but would be a very heavy anchor if not. You would need to clamber out of the icy water immediately and counter-intuitively remove all your clothes. Since the temperature can easily drop below -50C, your clothes would freeze immediately and turn into an icy straitjacket which would be almost impossible to take off. Putting up the tent and lighting the stove are the next steps to stop you freezing to death on the spot. But this wasn’t actually the danger which had me the most worried.

At night, fully dressed and wrapped up like a mummy in two enormous down sleeping bags to counter temperatures at best -20C inside the tent. I was shivering as much from the cold as from the fear that a polar bear might rip open the tent with one of his huge paws and consider me the « plat du jour ». By the end of winter, the bears are particularly hungry… Polar bears are the biggest predator on earth. The largest males can weigh up to 800kilos. That is 10 times my weight and more than twice my height. They can run at close to 60 km/hour. Their claws are as long as my fingers. The thought of all this, coupled with the white nights on the ice cap in April, does not make for a happy night’s sleep…. 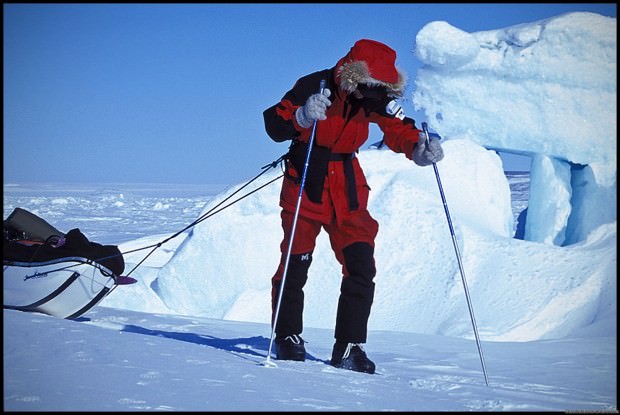 The first face to face with a bear happened relatively early on in the expedition. Bears have a highly developed sense of smell which allows them to sniff out their prey many kilometres away. At first I thought it was an iceberg shifting shape. Then I realised it was a huge male, reared up on his hind legs, his nose pointing upwards, sniffing the air. He seemed disturbingly interested in this unusual scent.

No need to panic – yet – since he was still a good 150 metres away and apparently deciding if this was potentially lunch or another predator who had trespassed on his turf. The locals say you only need to shoot at less than 50 metres. Aim for the left shoulder in order to hit the lungs and the heart. A bullet in the head isn’t enough to stop the bear and by the time you had loaded the second bullet, you would already be in a potentially deadly « bear-hug ». My bear was still moving closer. Nowhere to hide; there’s nothing to hide behind on the ice cap. Even without being attached to a sledge weighing more than 120kg, there was no way I could outrun a bear at 60km/h! 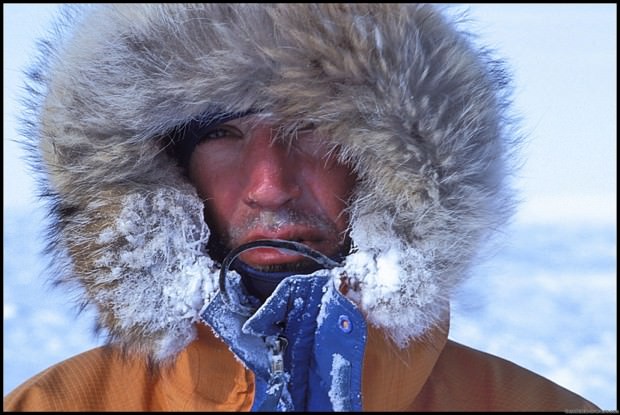 I don’t know if it was the biting blizzard wind or just that I was moved by my close encounter with this plantigrade, but my eyes were suddenly wet with tears which were freezing into small stalactites. I had a childlike desire to rub my face in his soft fur and to play with him. After all, this was his home. It was up to me to adapt to his frozen world. I had trespassed onto his turf, not the other way round. It would be unjust to kill him simply because I had stumbled across his path. 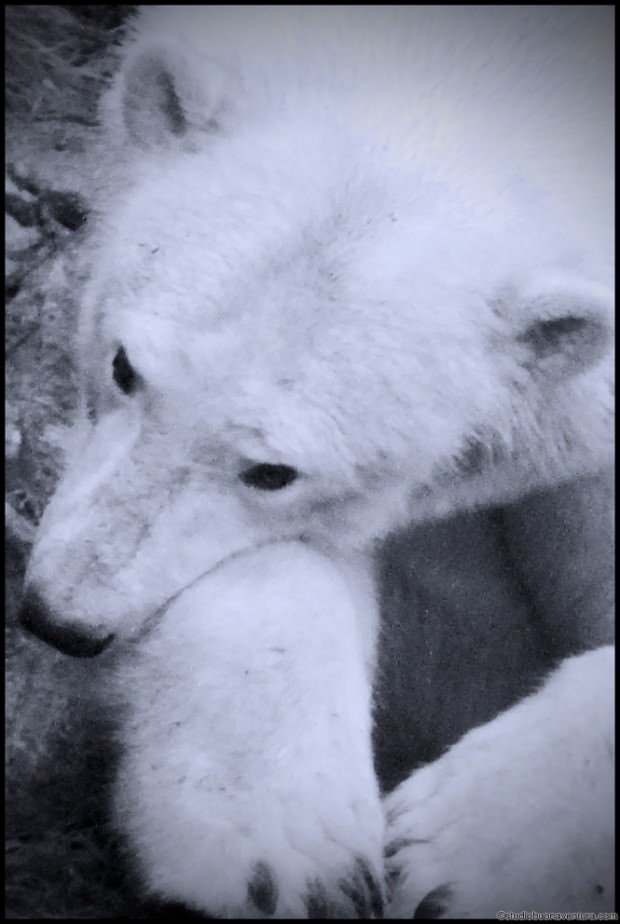 In the end, the smell of a bullet of tear gas shot into the air was enough to send him on his way. I watched him disappearing over the horizon with more than a little regret.

And so today, each time I buy an environmentally friendly or recyclable product instead of a pollutant which might contribute to the greenhouse effect, I think about my meeting with the bear. It may sound silly, but I say to myself that this small gesture might allow other people in the future to have the chance to meet Nanook, where he belongs, in his natural frozen habitat on the ice cap.