Last January, the artist Berndnaut Smilde worked on a project in the MariaKapel hotel in The Netherlands. This surprising installation, a wink to “Nimbus,” consists of a series of suspended clouds that have the distinction of having been visible for only a few minutes to the Hotel MariaKapel. 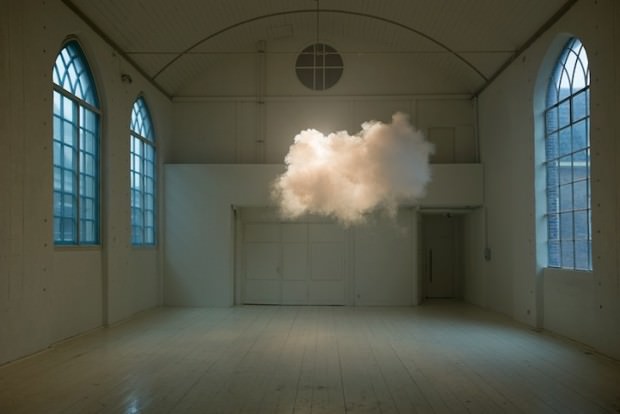 He continued an experiment that he previously executed on a smaller scale. He did this in ‘Probe’, a small testlab for artprojects. By combining smoke, moist and dramatic lighting, he created the image of a cloud.
Exteremely temporary but so poetic! 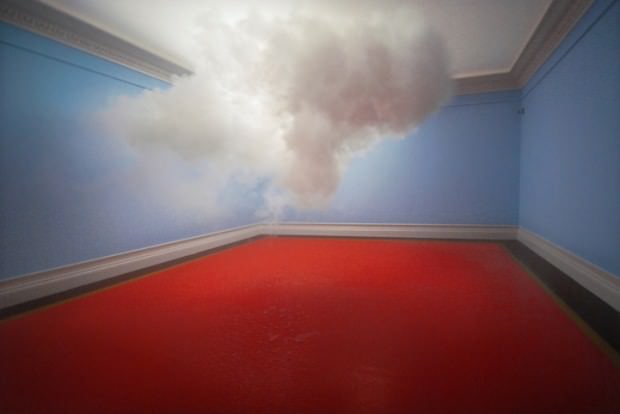