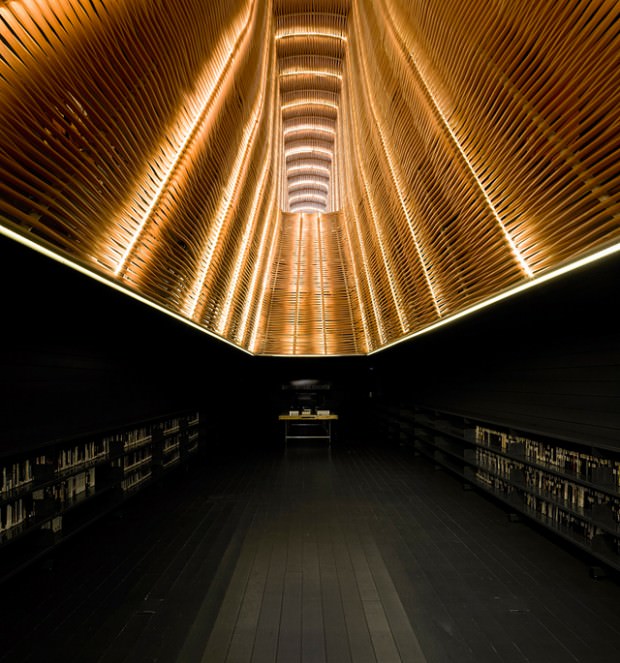 Over Madrid, some smart people have decided to celebrate the world of non-fiction cinema by dedicating a brilliant new space, “Matadero”. This magnificent cultural center is including a library of films and two movie theaters in the most sumptuous design. This beautiful place is the splendid achievement of Madrid architects Jose Maria Churtichaga and Cayetana de la Quadra-Salcedo (“CHQS” design studio and architecture). 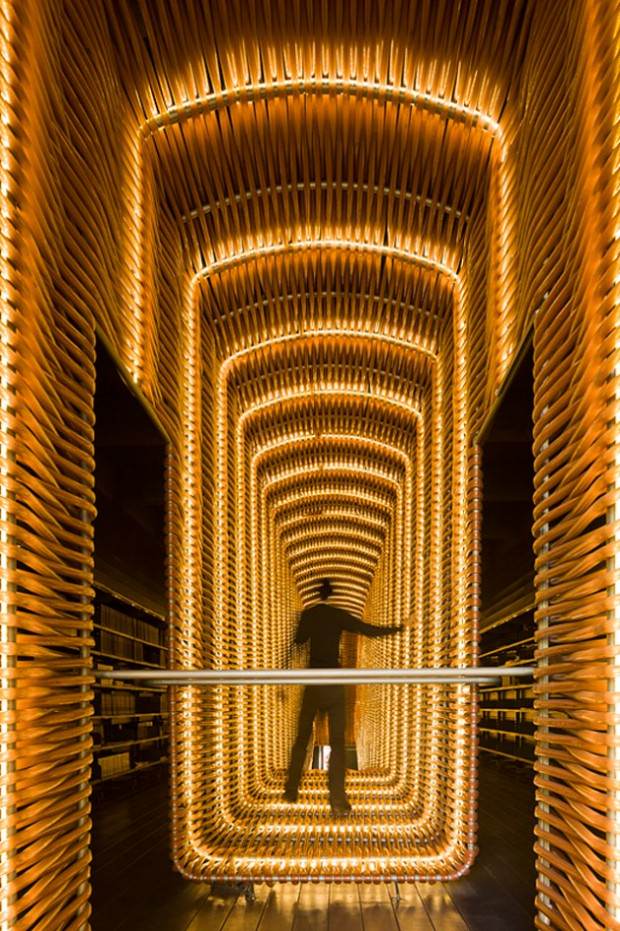 The film library is outfitted with black washed wood planks on the floors, walls, and ceilings, and has an elongated staircase that shoots through the center of the floors. The vertical railings of the stairs are horizontally intertwined with clear plastic tubing with warm lighting weaved between; an effect which causes a luminous glow, lighting up the entire library. One floor of the library doubles as a learning center for visitors who want to better acquaint themselves with “Cinematheque”. While the other floors provide dark display shelving for the 1,000 + films and books about the subject. 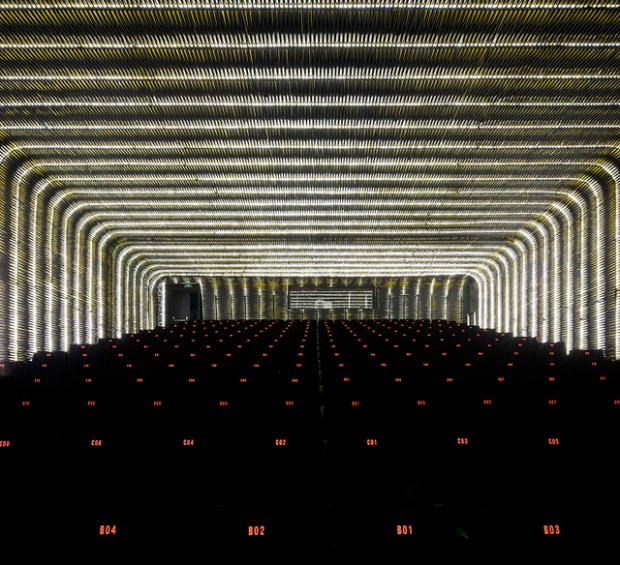 The 244 square meter film set is an open space, designed to be versatile for many uses. The Matadero is making the space available to all film makers, specifically, young and aspiring film makers with low budgets. Once the films are made, makers can showcase their work in one of two new 239-seat theaters. 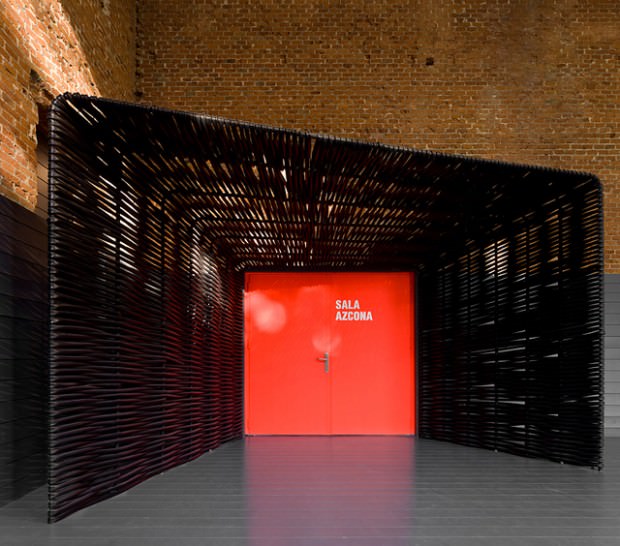 These new areas dedicated to film are an addition to an old building. Architect Cayetana de la Quadra-Salcedo explained that they “wanted to create a ’tissue’ uniform to ‘dress’ the building without altering the volumes of the original building, but adapting to its new use, a canvas where you can recreate the cinematic effect.” Well done!