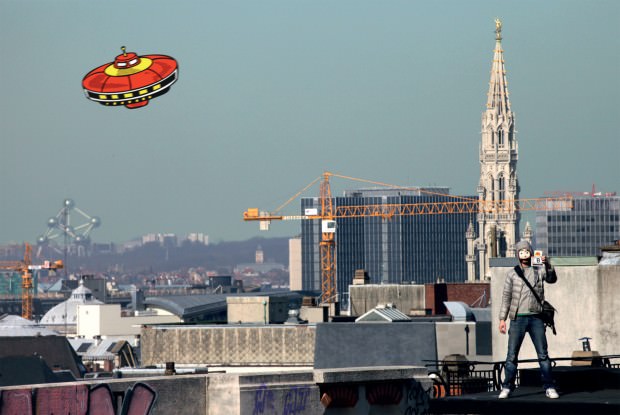 For its 50th exhibition, ALICE Gallery in Brussels has invited the French artist INVADER. For the occasion, the artist has invaded the walls of Brussels with his mosaics, redrawing a map of the city according to his artistic wanderings.

In the gallery, Invader presents the aliases of the Brussels invasion (a unique piece for each street mosaic), installations of Rubik’s cubes and sculptures such as « The Speedball Machine ». 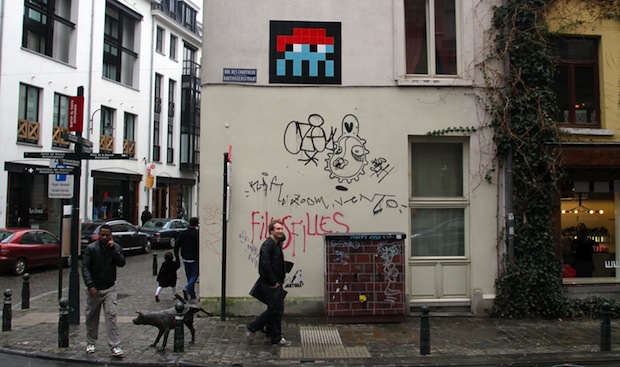 About the Invader, it’s in 1996 that the artist chooses the alias ‘Invader’ in reference to the game SPACE INVADERS (1978). Inspired by the famous 8-bit characters (such as Super Mario, Pac Man and Space Invaders) he creates thousands of different mosaics placed in various locations across the cities he visits. 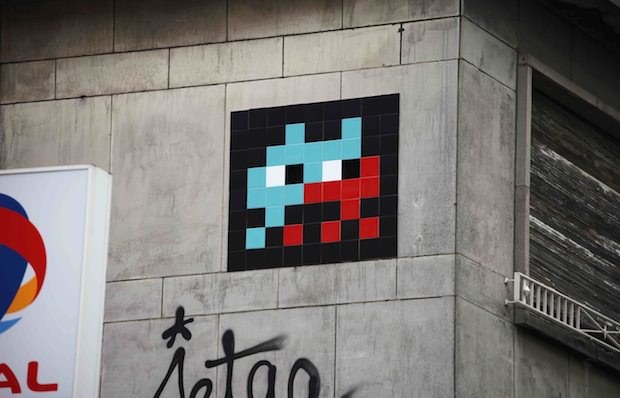 At the beginning of the ‘naughties’, Internet helps promote street art to become the symbol of a new generation of artists that reinterpret the traditional approach to contemporary art, making it available to the greater public. Banksy, Shepard Fairey and Invader become the most famous artists of the Street Art movement. 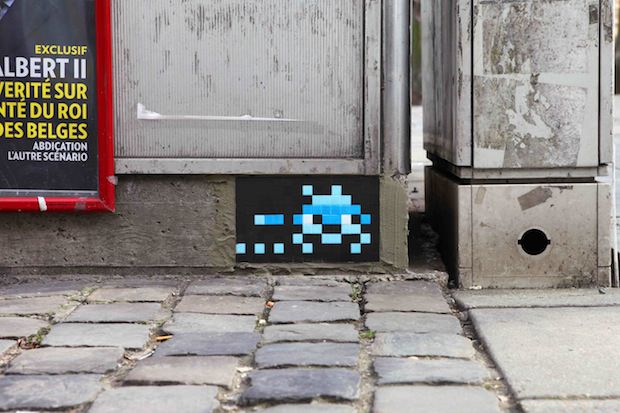 In 2011, Invader is rewarded for the E-reputation prize along with Damien Hirst and Sophie Calle. After analysis by Zen Reputation, he is considered as the most famous French artist on the web (excluding the Asian web). He reaches the 27th place in the world. 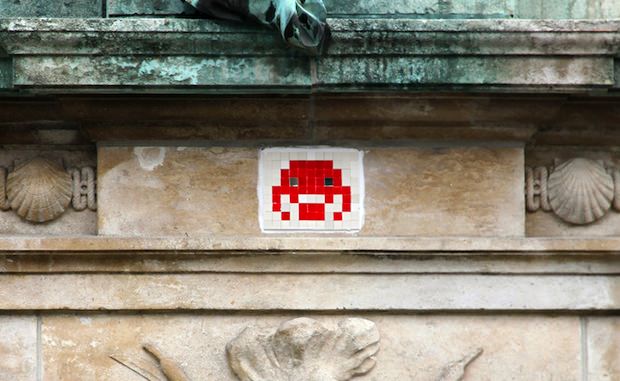 If you are in Brussels between April 20 to May 19, open your eyes and pass by Alice Gallery.