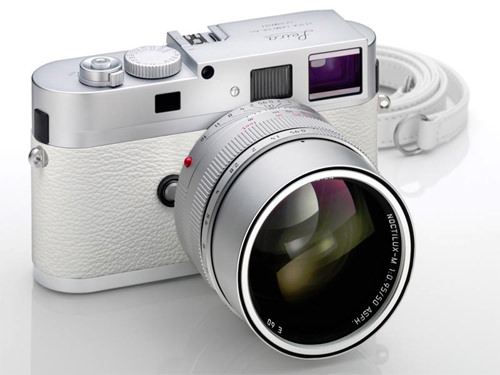 LEICA is readying an extremely limited edition white version of its M9-P digital rangefinder camera. They will be making only 50 of these cameras to commemorate the opening of LEICA’s new facility in Tokyo. The camera body itself is a white lacquer finish with some parts covered in white calf’s leather. The camera comes fitted with a very bright, f0.95 50mm lens.

Leica rolled out the standard version of the device in 2011. Targeting professional or serious photography enthusiasts, the camera incorporates an 18-megapixel full-frame 24x 36mm sensor with an interchangeable lens system.