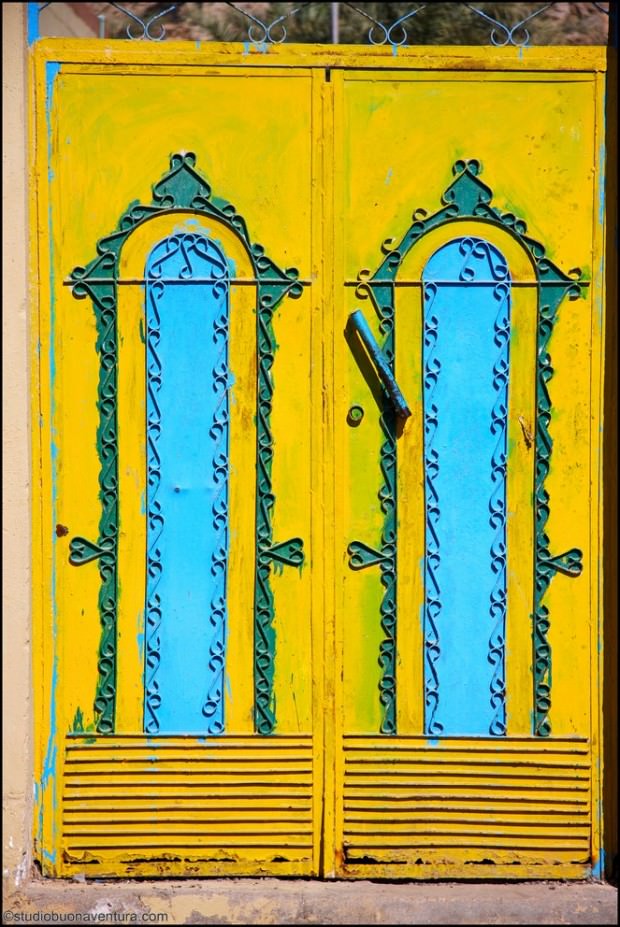 Imagine driving a 4×4 in an oven, the seemingly interminable desert track ahead shimmering in the heat, the road behind cloaked in a huge cloud of dust. It’s so hot that you’ve burned your arm simply touching the inside of the window. This is exactly the kind of place where you don’t want your car to break down. Suddenly the Gulf of Oman appears over the horizon and you have only one thought; to dive into the glistening water. 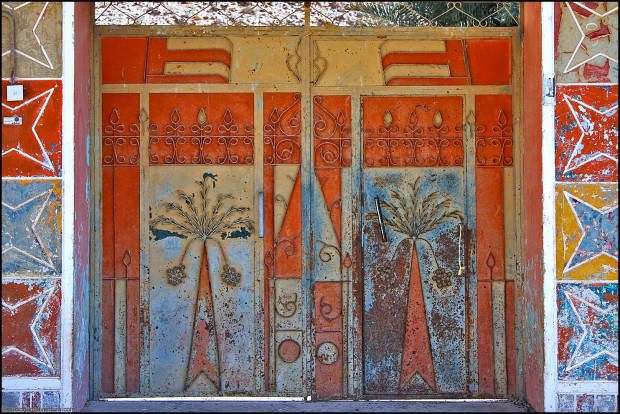 The track ends here in a small village consisting of roughly fifty houses. Perhaps the type of village where Sinbad, hero of One Thousand and One Nights, is said to have been born. Thanks to Sinbad, or seafarers like him, Oman once had a vast empire which stretched down the coast of East Africa, including Zanzibar. Or could this village reveal the hidden door to Atlantis, which according to legend is to be found in Oman. After an endless journey in the searing desert your weary mind is willing to believe all types of legends, myths and mirages. In fact, our village was neither of these two legendary places, but it was not an ordinary place either. 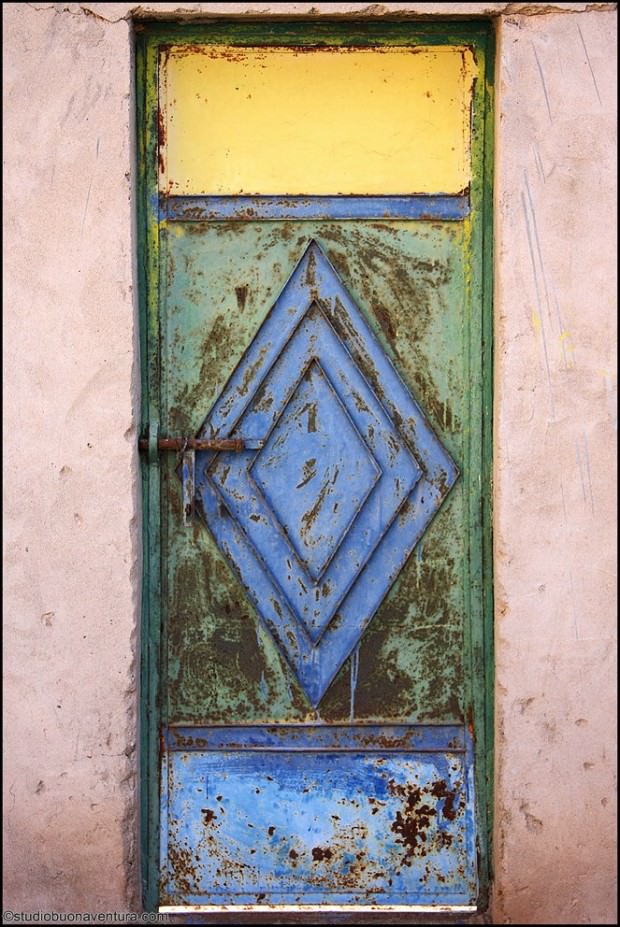 The architecture of the village is very simple; one or two storey square houses, coloured white or faded ochre. Each surrounded by a high wall to stop the goats from roaming and provide a modicum of shade. The walls seem less than effective since the only visible inhabitants are a few chickens and dozens of tiny goats. 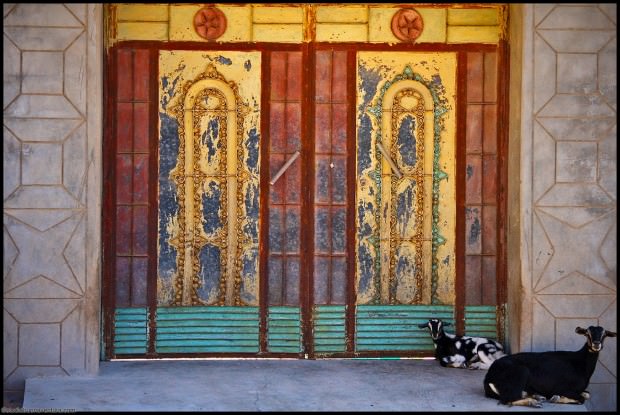 Fed up with boiling in your oven-car, you decide to have a walk around. Almost immediately, an elderly Omani appears out of nowhere, bearded, wearing a red keffiyeh and pristine dishdasha, the traditional white Omani robes. What does he want? As he approaches, you start to see his broad welcoming smile. He is just curious and wants to invite you to look around his village. 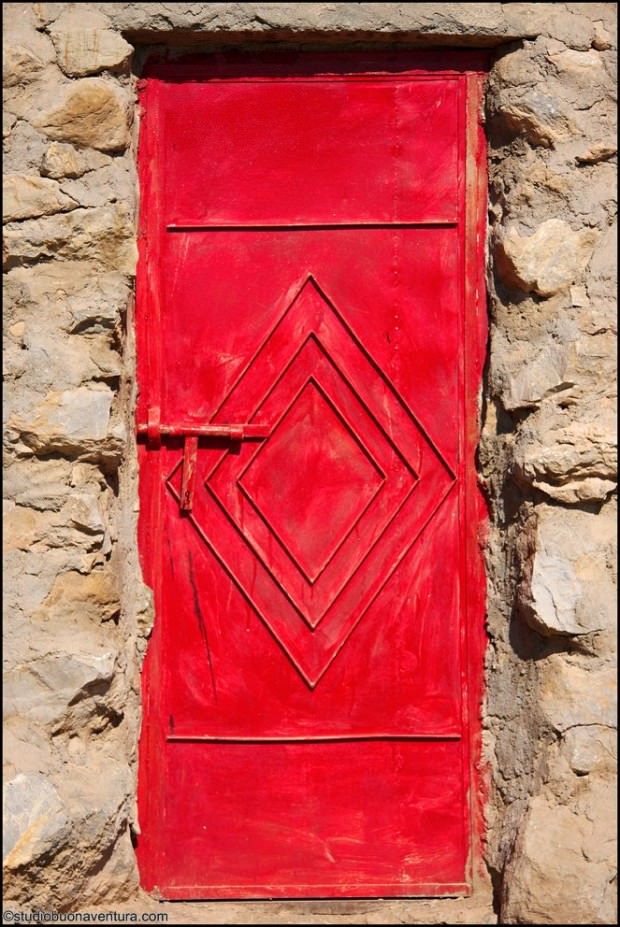 Walking through the narrow alleys of the village your eye is immediately attracted by the doors of the houses. There are no two alike; beautifully coloured and ornate, each door renders its house unique and hints at the story of the people who are living behind it. 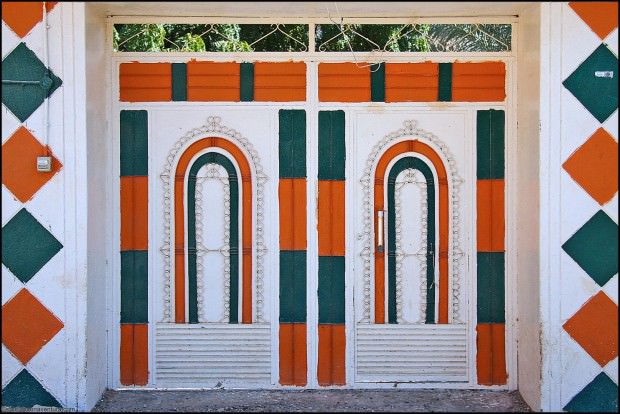 The Oxford English Dictionary defines a door as the barrier to the entrance of a building. For any country that was invaded, occupied or interfered with as often as Oman was until relatively recently, the door was the last bastion which secured the fortress and thus helped repulse the intruder. Indeed many traditional wooden carved doors have withstood centuries of assault. In spite of this, the doors of Oman seem more like invitations to enter, or at least contemplate what lies within. 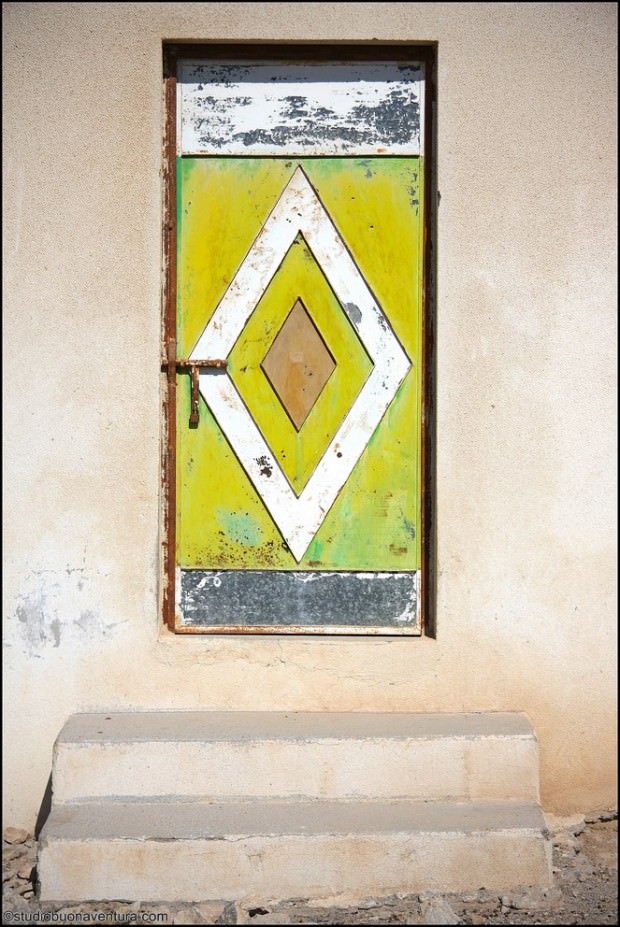 “You never know till you try to reach them how accessible men are; but you must approach each man by the right door.” ( H. W. Beecher). 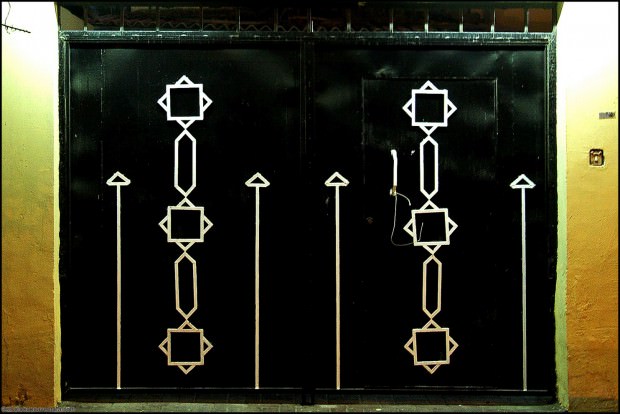