The Mercedes-Benz SL roadster was first launched in 1957 as a lightweight, grand-touring convertible. The SL designation stands for “Sport Leicht,” or Sport Lightweight, which has traditionally been the recipe behind SL Class cars and with which Mercedes-Benz has dominated the elite roadster segment almost since. The latest SL is proof positive the badge remains as desirable as ever. It represents the core values of comfort, style and effortless power, and was for many years the default choice for successful lawyers and lucky lottery winners.

With the outgoing model, introduced in 2003, Mercedes somehow lost its way. Over time the “Sports Light” model had gained significant weight and lost design coherence. Fortunately Mercedes has turned that ship around and after the successful launch of the flagship SLS it’s time to introduce a completely new, and it must be said, strikingly handsome version of the iconic SL 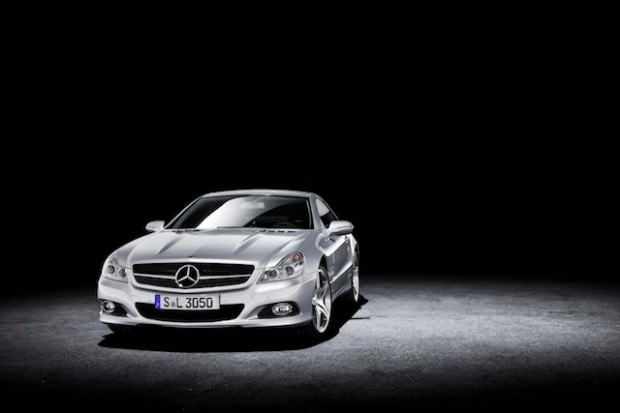 For this latest generation Mercedes-Benz has sought to turn around the trend that has seen the SL gain mass. Though the new (R231) Series SL has more convenience, safety and luxury features than ever before, it manages to shed over 130kg compared to the outgoing (R230). This weight loss is in a large part a function of an all-new aluminium-rich monocoque (the body-in-white is 110kg lighter) that sets the SL apart from lesser Benzs. Only AMG’s SLS uses more aluminium in its construction. 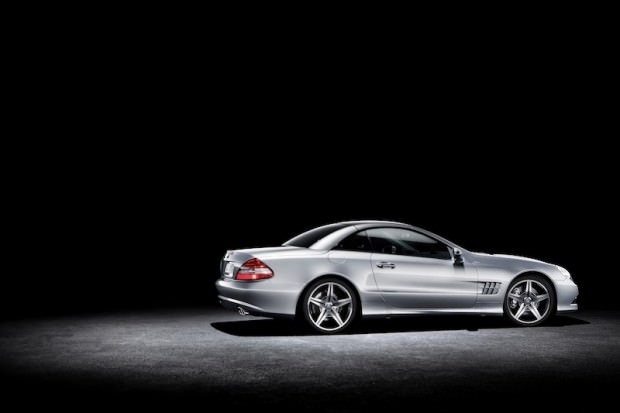 Motivation is provided in the SL350 by the latest version of Mercedes’ 3.5 liter V6 providing 302 bhp (225 kW) and 273 lb ft (370 Nm) while averaging 41.5 mpg (6.8 L/100km). In the SL500 is the new twin-turbo 4.7 liter V8 that generates 429 bhp/516 lb ft (320 kW/700 Nm) and is percolating throughout Mercedes’ luxury range. Both engine choices are mated to the standard 7-speed auto box and acceleration figures to 100 km/h are 5.9 and 4.6 seconds respectively. Among significant options available are a fully active chassis control system and an “electro-chromic” roof that can be switched electronically between transparent, light shade and dark shade. 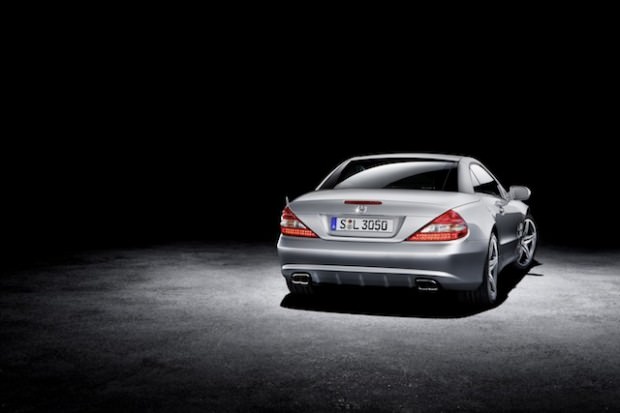 Choosing the right flavor of this new SL is critical. It’s easy for the more complex active-suspension SL to outbrain itself and its driver and the road ahead, and that makes it less relaxing to drive. Strictly a two-seater, the SL pampers both driver and passenger with a handsome and beautiful finish. There are lashings of leather including a stitched dashpad. The clock on the middle of the dashtop is very Porsche SportsChrono-like. Rumour has it was added to SL (and SLK) at the express wishes of Benz boss, Dr Dieter Zetsche! Centre console switchgear is cool-to-touch alloy and the SL adopts the latest Benz family steering column stalks. Spending extra for the Bang & Olufsen sound system in search of throbbing bass is a setup for a letdown. In both cases, the standard-issue equipment stands out. 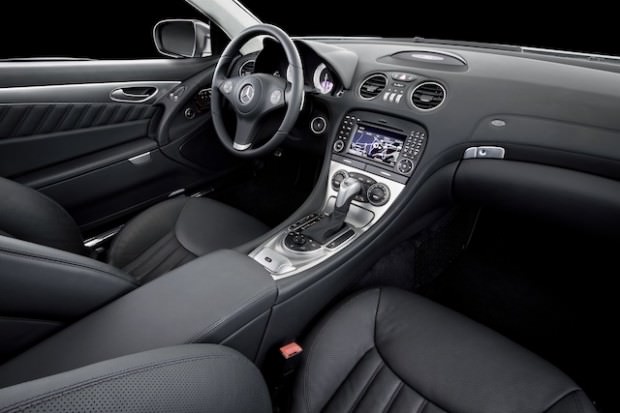 Driving with the top up? You’re doing it wrong, in a world with Airscarf, ventilated seats and a powered windscreen. The roof is electrically operated (on approach or departure it can be operated via the key fob) and time up and down is around 20sec. The new SL can be had with a choice of three roof styles – painted, conventional panoramic glass or with Magic Sky Control glazing. This system allows you to switch the glazing from light to dark and back again at the push of a button. 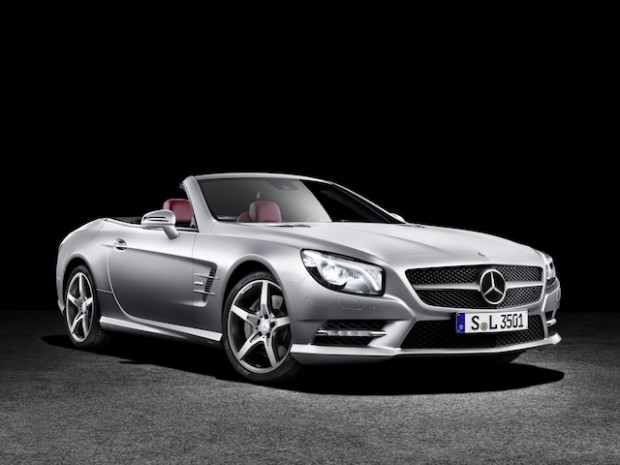 Is the new 2013 Mercedes-Benz SL the best one yet? Mercedes-Benz claims, compared with its predecessor, the new SL offers “considerably more comfort and sportiness, setting new standards in the luxury roadster class”. We agree! 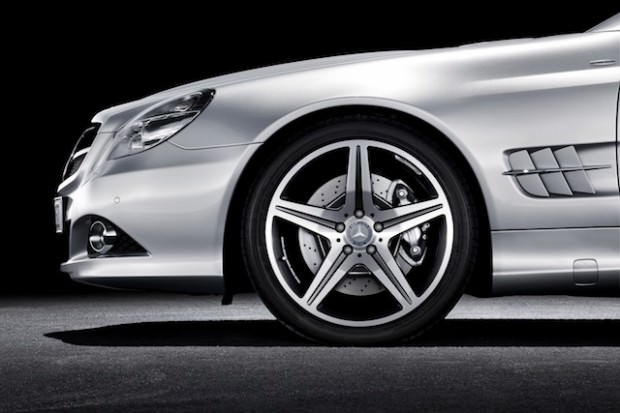