Video during the Residency at PACT Zollverein:


Our coming together is a tribute to dysfunctional spaces that still emanate creative potential. We attempt to build an intimate and personal relationship with space in the most efficient way, being loyal to its demands and dedicated within our efforts. We want to celebrate the human body that is convulsed by the desire to inspire. 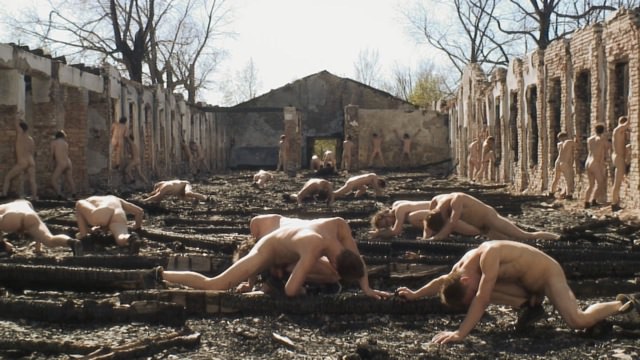 Diego Agulló is a fresh juice maker and Proust reader. He started to think ninja when he was 5 developing a NTL (nothing to lose) mindset.

Having a background in football and taekwondo he decided to study philosophy for 6 years at the university in Madrid while getting involved at the same time in the practice of music improvisation and painting.

After that, in 2005, he decided not to open a book for 3 years and he moved to Berlin and instead of books he started to hold a video camera on his hands. He became a Vj and for 4 years he was working in clubs in Berlin making visuals.

In 2007 accidentally he got involved in performing arts and choreography and started to organize the event CUE once a month. He works as a freelance on his way of improving the art of cross-dilettantism. He presses orange juice every morning and sometimes he forgets to breathe. It´s now or never. Day by day. 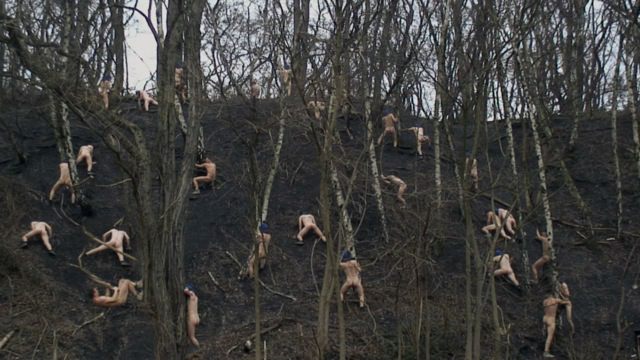 Dmitry Paranyushkin was born in 1981 in Moscow, Russia. While studying at Moscow State University (BA in economics with specialization in discrete mathematics) he started an on-going research practice dedicated to resuscitating his natural habitat.

One of its spinoffs was WayToRussia.Net (co-founded in 2001 together with Danil Perushev), which became the most popular online travel guide to Russia by 2006.

Dmitry is currently researching textual networks, nonlinear dynamical systems theory and language – using ThisIsLike as a tool to explore associative narratives in performative contexts and rewire our habitual ways of navigating through information and meaning. 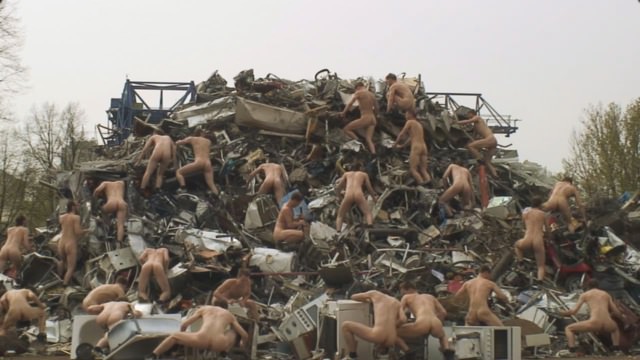 And here comes the interview, we weren’t able to reach Dmitiri, but we were able to ask Diego a few questions, the first question is by the artist Fabio Kallas:

I prefer to think in terms of intuition than instincts but, yes, I think it is about finding the right combination between instincts and experience, the balance between emotions and control. 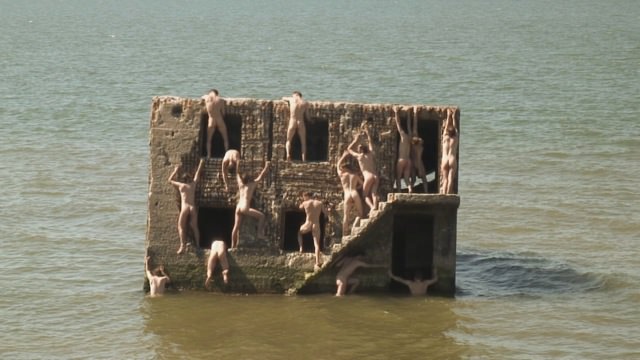 GUSMEN: What is the first thing you do when you wake up in the morning?

GUSMEN: How did you conceive the idea of The Humping Pact?

It happened during a 3 weeks residency in Essen, Germany. We were inspired by the architectural complexity of Zollverein and at the same time we were interested in exploring how pornography affects our work. We brought inspiration and interest together. 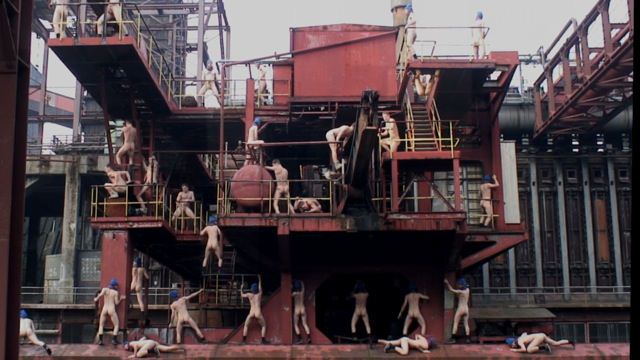 GUSMEN: How did you find the participants?

It is only Dmitry and Diego; we multiply ourselves on the frame. Just the two of us. This is why there are only men 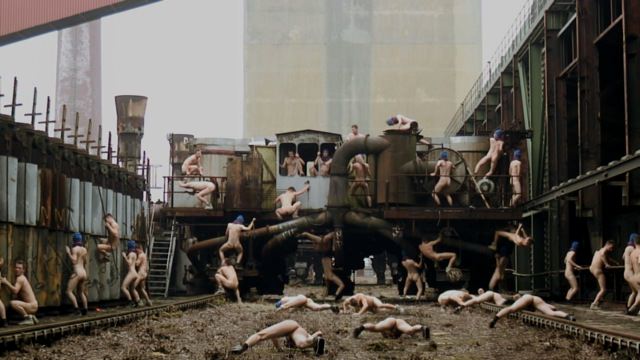 GUSMEN: What kind of reactions have you received towards The Humping Pact?

All kind of reactions except indifference. It definitely affects. It became viral in internet getting 350K views. We wanted to be evocative instead of provocative, to stimmulate imagination rather than to generate a superficial response because of the nudity and the action of humping. For us what is more important is the persistence of the movement and the belief on the futile of the action rather than the sexual aspect. 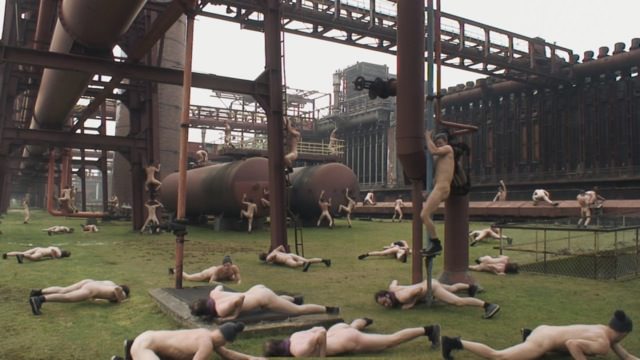 GUSMEN: What are you focusing on right now?

We are currently developing Transnomia. We are researching on the notion of “crisis” not as a temporary break from normality but rather as a permanent condition of the ever-changing world. We develop practices on how to navigate between unpredictable patterns. 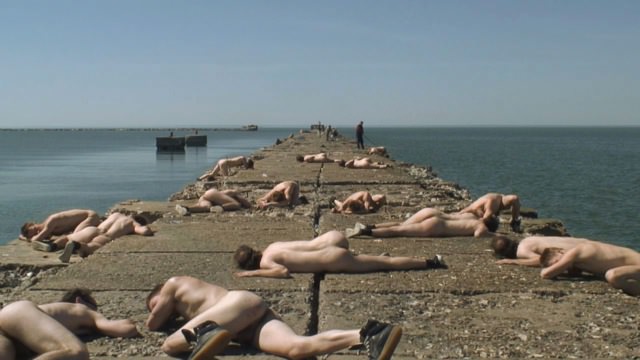 GUSMEN: What was the last thing that really surprised you?

I was walking in Madrid thinking of a person that I didn´t see for ten years, thinking what I would say if we would accidentally meet and after 2 minutes with these thoughts on my mind we bumped into each other. Scary serendipity.

GUSMEN: What would you like to achieve in the future?

To be able to break my own expectations. 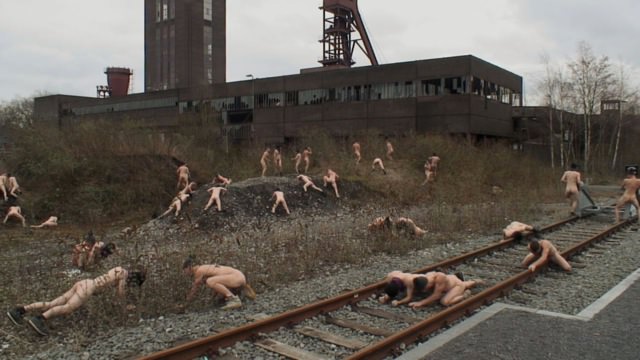 GUSMEN: What would you ask the next artist that we feature on GUSMEN?

Are you practicing resistance?

CREDITS: The Humping Pact is a project made by Diego Agulló & Dmitry Paranyushkin

To see more check out the following links: