You are secured only by a 9 milimetres thick rope, hanging in the void on an overhanging cliff. Your hands start to sweat so the holds on the rock become slippery. Your strength is vanishing. Your mouth is dry, your heart racing. You know that you can’t make the next move and above all you don’t want to fall and maybe hurt yourself. You are scared. These are common sensations if you are a rock climber! 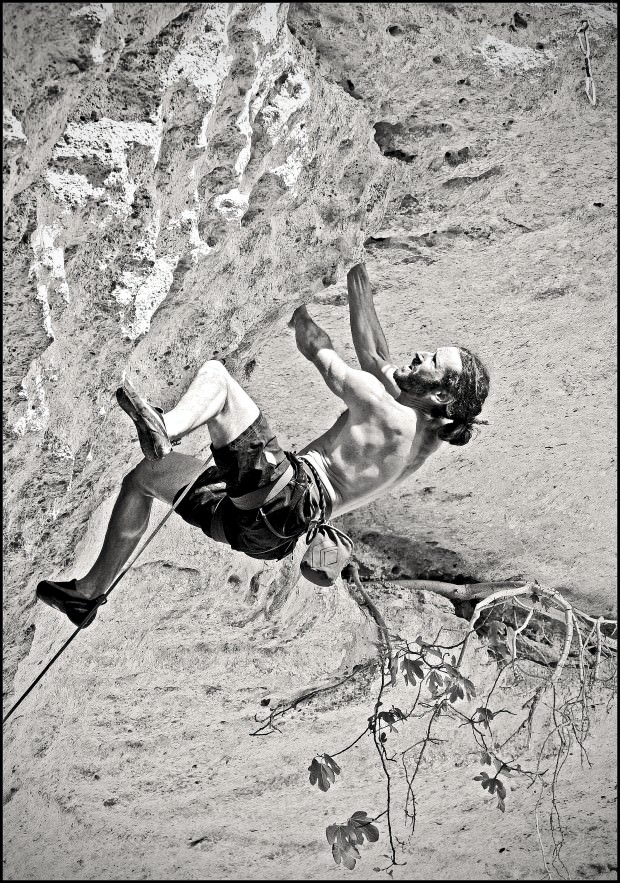 You may ask – how could you possibly enjoy this sport? The answer is really simple: most of the time it’s not like this. You just have a crazy feeling of freedom, of breaking the limits, of pitting yourself against nature. Your brain attains an unexpected level of focus. You are just here and now. Nothing else exists anymore. You become part of the rock. And you’ve never felt so alive. 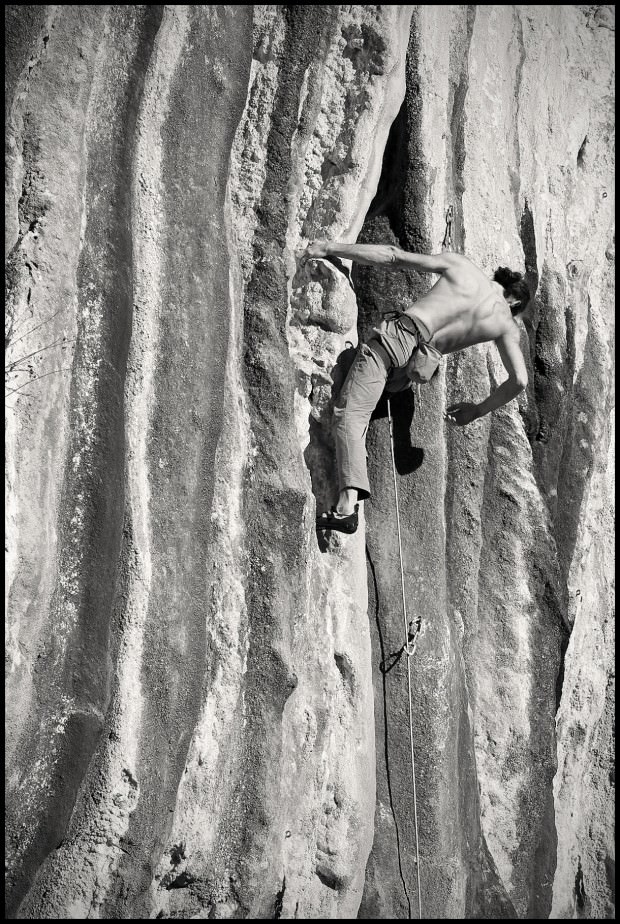 Rock climbing is perceived as being very dangerous, so why take such stupid risks for a simple adrenaline rush? The odds are actually very surprising – you are more likely to injure yourself playing rugby than rock climbing according to the statistics. Your rope may only be 9 milimetres in diameter but it can hold weights up to 2000 kg. And it’s dynamic which means that it can absorb the energy of your fall. Your rope is attached to the rock by some anchors which themselves can hold up to at least 2000kg. The same is true of the rest of the safety equipment. In fact, In climbing accidents as in most aircraft crashes, the most common cause of death or injury is simple human error not equipment failure. In our case it could be a mistake in belaying, a lapse in concentration or a climber higher up the cliff setting off a rock fall. In order to minimize these risks automatic belaying devices have been created, and you should use a helmet when climbing on multi-pitch routes… 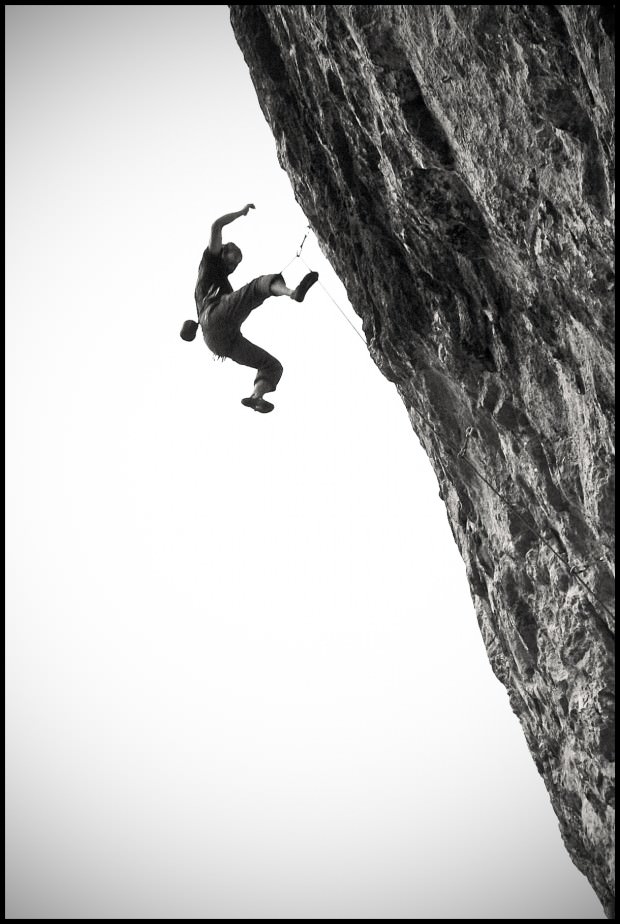 But what about vertigo? Technically speaking, vertigo is an ear problem and does not mean a fear of heights. It is a common misuse of the word. Vertigo is actually a type of dizziness where there is a feeling of motion even when one is stationary. This may occur in at high altitudes or at sea level. It is usually due to a dysfunction of the vestibular system in the inner ear though in some cases could be due to an abuse of alcoholic beverages… It’s not very common and can be easily cured with the right medical care. What most of the people call vertigo is actually a simple fear of heights. This fear is perfectly natural. It is our body’s instinctive response to potential danger telling us to be cautious. It is inherent in all people. What you need to learn is not to panic and let your fear overcome you. You need to accept the information your body is sending you, but work through it because you know, rationally, that it is not dangerous to fall. It would be more dangerous if we had no fear whatsoever. That’s the theory that rock climbers need to take on board. Easy to understand in theory, but not always that easy in practice… 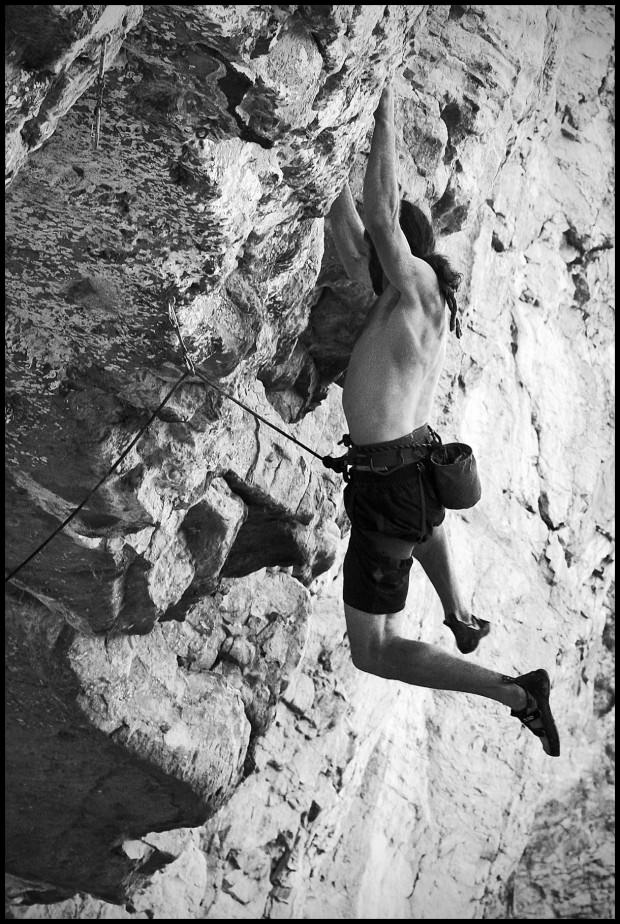 Don’t you need to be very strong? Not really. Successful climbing is a combination of three factors. Good technique is probably the most important factor, followed by physical capabilities, both strength and flexibility and finally strong control of your emotions and trust in your belayer. That said, climbers tend to have incredibly defined physiques and are usually long and lean in build. A few kg of extra weight is a few extra kg to haul up the cliff face and tax your arms and shoulders. The ability to make climbing seem as elegant as dancing across the rocks is the mark of a good climber. The movements are calculated, even choreographed, and executed with precision and grace. There may be some grunting, swearing and shouts of encouragement from below, but viewed from a distance rock climbers have an elegance unexpected in such a physical sport. Equally, it is about brains not brawn. Picking out the best route up a steep cliff face is akin to solving a logic puzzle. Brute strength alone will not always get you to the top of a pitch; you need to think, consider, ponder and reason every move and often even having done this you can end up in a rocky dead-end and have to retrace your steps and try a different way. Rock climbing is thus food for the brain and the body. 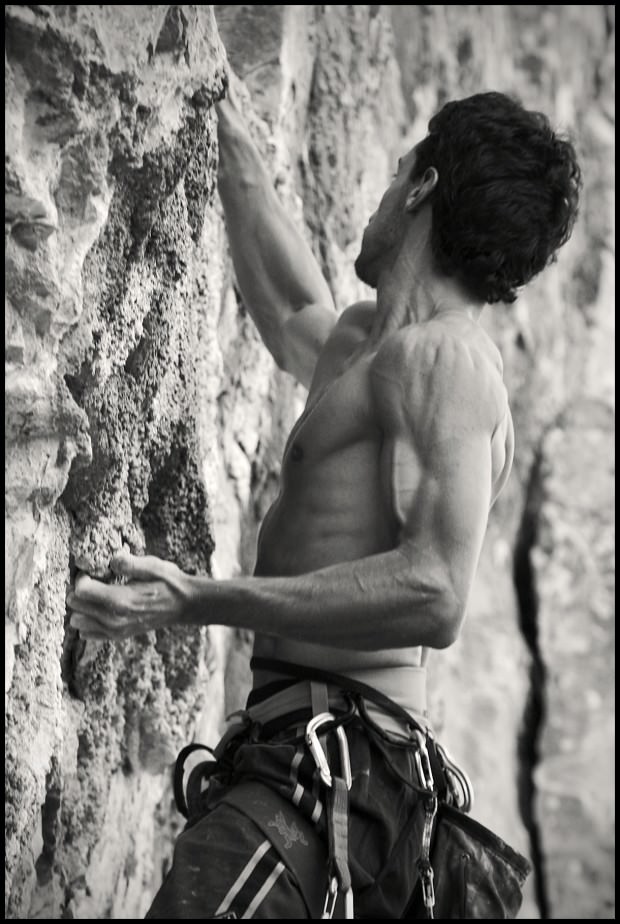 So why not take advantage of the return of sunny days and give it a go. From personal experience, the most dangerous thing about climbing is that you could become addicted to it! Rock on…. 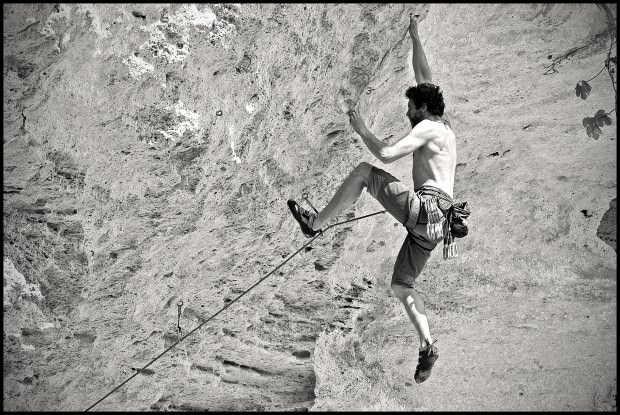 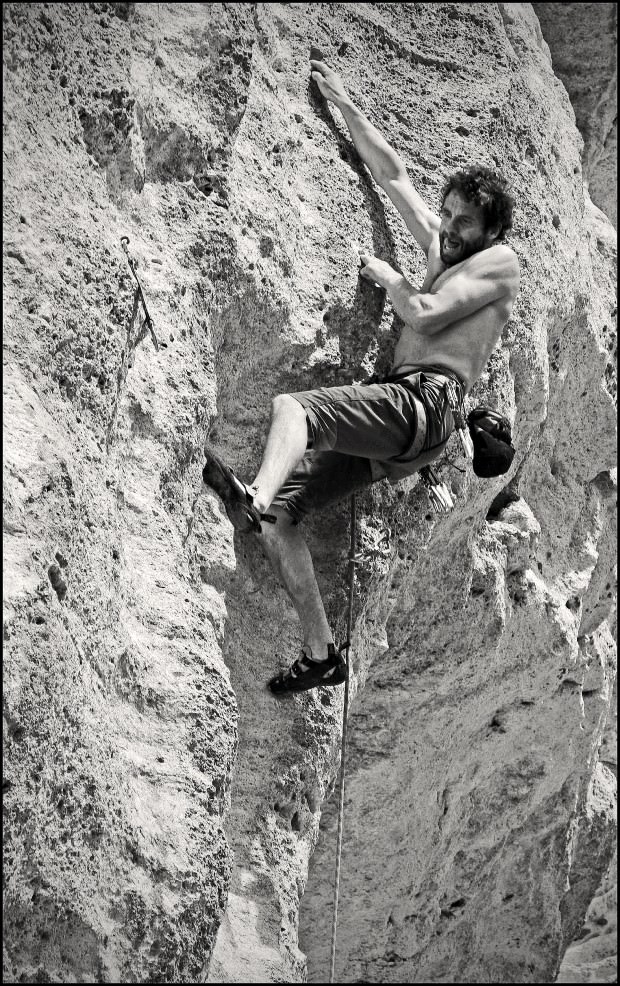