The crowd holds its breath. We are in the Roman amphitheatre in Martigny, Switzerland to watch “Le Combat des Reines”. The queens in question are cows, all of the Hérens breed, dark in colour and powerfully built. 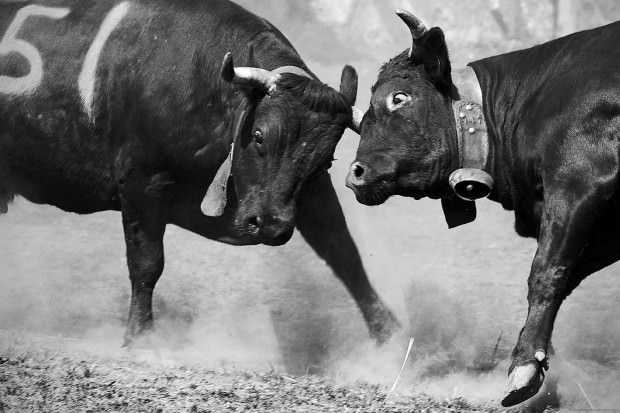 Lucifer stands in front of her opponent. Her large black eyes defiant, a silent challenge to the eight hundred kg mass of muscles standing opposite her. She is not frightened by the large horns or the dust flying about as the hooves paw at the earth. She charges forward, ready to lock horns. The crowd holds its breath. We are in the Roman amphitheatre in Martigny, Switzerland to watch “Le Combat des Reines”. The queens in question are cows, all of the Hérens breed, dark in colour and powerfully built. 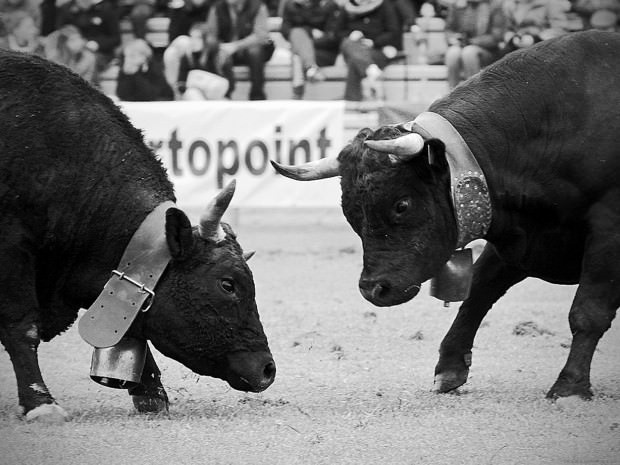 After spending the long cold winter tucked up in the stable, Flocon is taken out to the pastures to spend the summer months munching the mountain verdure. Instinctively, she wants to be the dominant cow in the herd, the “Reine”, or queen. Unfortunately for her, Petula has the same goal. This sets up a fight between the two cows. The loser is the one who backs down. 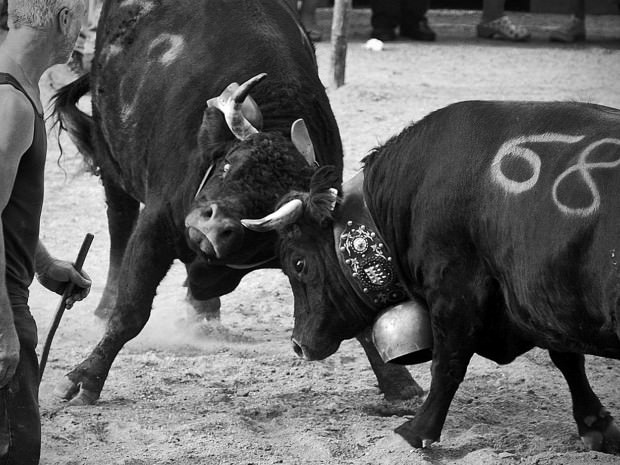 Thus cow fighting is a tradition inspired directly by the natural instincts of the animals themselves. They are not induced or forced to fight as in bull fighting. Often there is no contact between the cows, since they know intuitively which of them is the stronger beast. 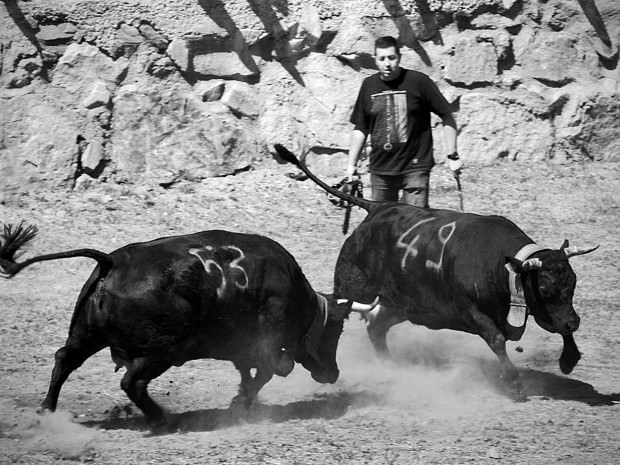 Even so, their horns are blunted to avoid any unnecessary injuries and there are “rabatteurs”, or the bovine equivalent of rodeo-cowboys close by, to split them up or come to their aid if a horn gets stuck in the decorative collar which each “reine” wears. 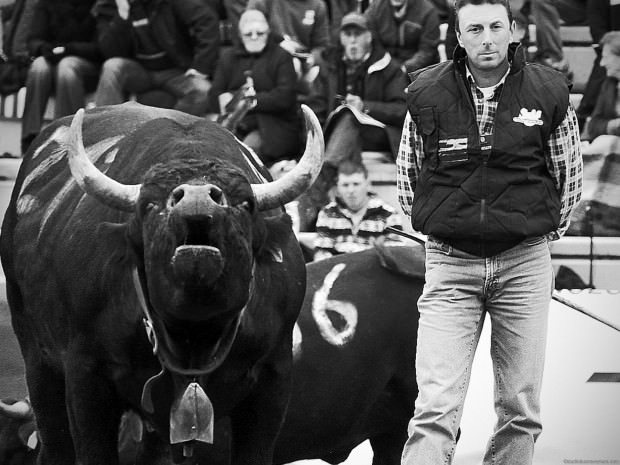 The rules of engagement are very simple: the loser is the first to back down from the stand-off. Sometimes this lasts only seconds, but can last up to 40 minutes. There are at least five categories according to the weight of the cows, for each of which the title of Queen is to be fought over. 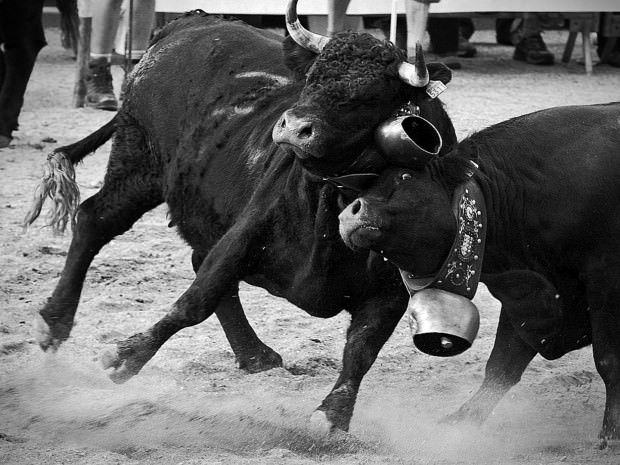 The cow fighting is part of the tradition of the Swiss Valais, the Italian Val D’Aosta and the French Haute-Savoie. As well as being important to the preservation of the farming heritage, not least pride in winning, there is a financial incentive for the owners of the Reines, since the animal becomes more valuable in terms of breeding potential. 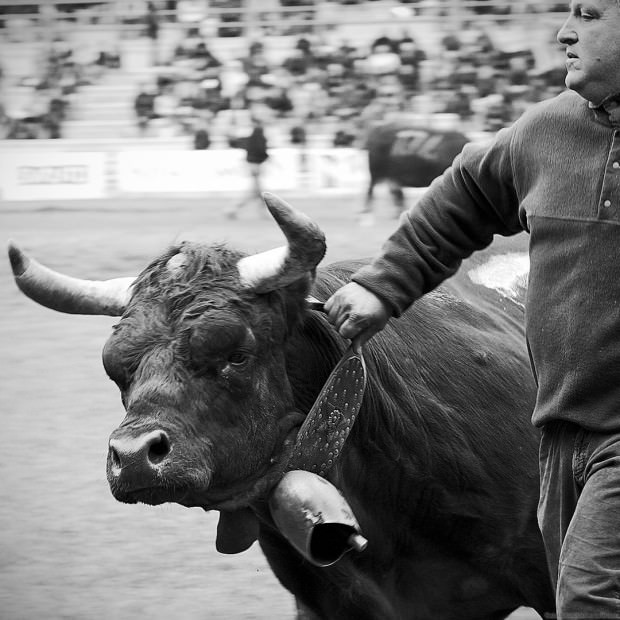 The Queens themselves do not go unrewarded either, and are decorated with a flower garland to demonstrate their victory. Maybe you only imagine it, but the Reine seems to enjoy the attention, adulation and appreciation of the audience, and is proud to be “Queen of the day”. 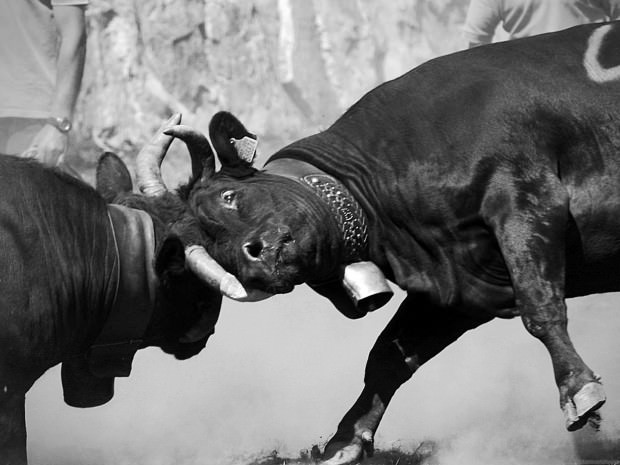 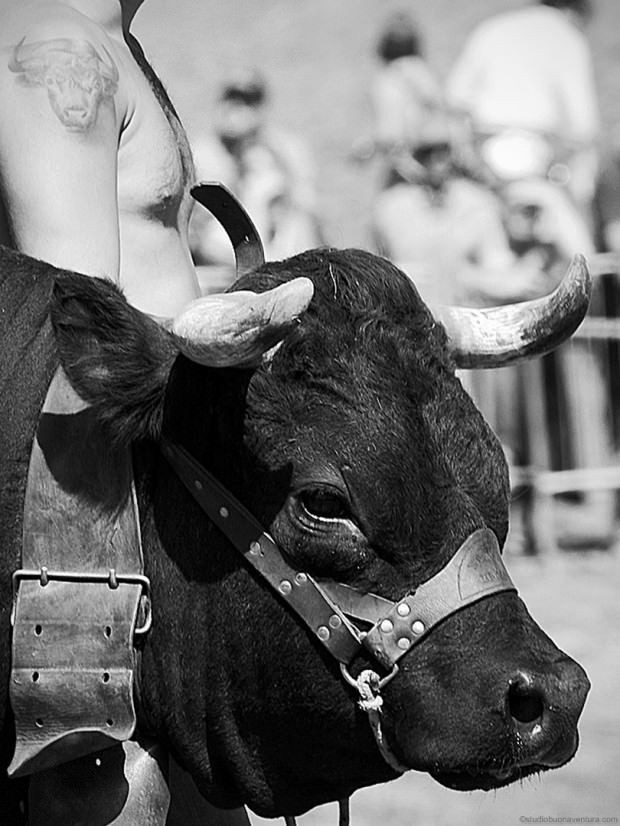