Back in its early days, Land Cruiser was a boxy, crude tool. Its design definitely owed a debt to the Willys Jeep. There are a few vehicles that inspire my imagination, and set my mind to wandering. Just say “Land Cruiser” and I’m off to the desert, off for the wild road of anywhere, a million miles away from civilization. Land Cruiser tracked closely with the Land Rover Defender series of vehicles, and competed quite effectively in the same markets as the British vehicle. 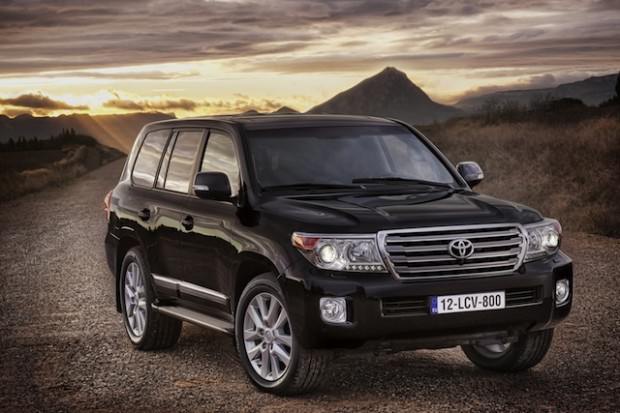 The Toyota Land Cruiser, which was first launched in Japan six decades ago, receives a raft of visual and equipment updates for the 2012 model year. Over seven generations of evolution, Land Cruiser has become a much more conventional SUV. As a result of the updates, almost every feature that was previously an option on the Land Cruiser will henceforth be standard. 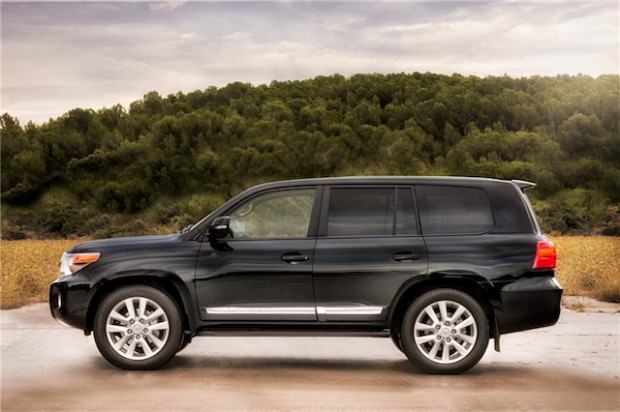 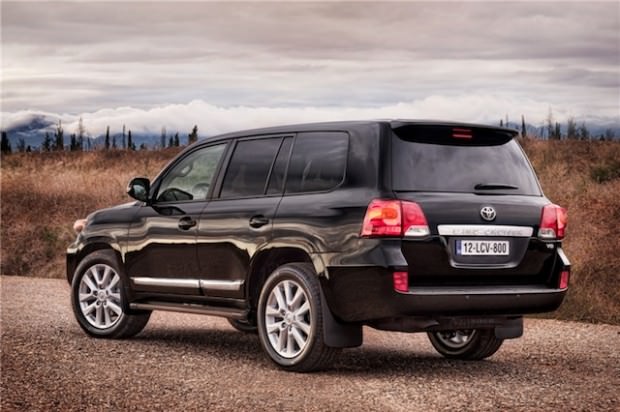 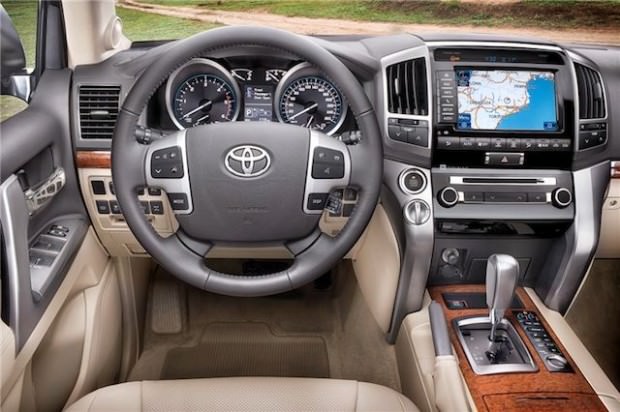 The interior has been revised to offer customers a more premium feel, improved sensory quality and even greater depths of comfort and luxury.

The list of equipment that becomes standard on the 2012 Land Cruiser is extensive: a rear-seat DVD player, rain-sensing wipers, Bluetooth, headlight washers, a leather steering wheel, rear spoiler, heated rear seats, and adaptive cruise control will all be featured on every new Land Cruiser. The 2012 model also scores an updated navigation system with Toyota’s Entune connectivity suite, as well as a Multi-Terrain Monitor that displays front, side, or rear camera views for easier manoeuvring off-road. Finally, there is a new Multi-Terrain Select setting that lets drivers tailor the traction-control system to different surfaces. On mud and sand, for instance, it would allow more wheel slip than usual. 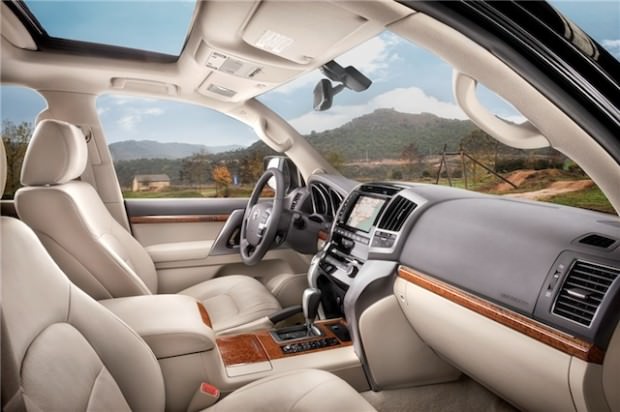 One thing that Land Cruiser has definitely retained over the generations is a command seating position, and that’s great! Land Cruiser is also the most luxurious of all Toyota vehicles, with high-end standard features like power leather seats, 4-zone climate control, keyless entry and pushbutton start.

Land Cruiser’s third row is a bit of a compromise in terms of function and comfort. In order to maximize cargo space and ground clearance, the seat doesn’t disappear into the floor like it does on many other big SUVs. 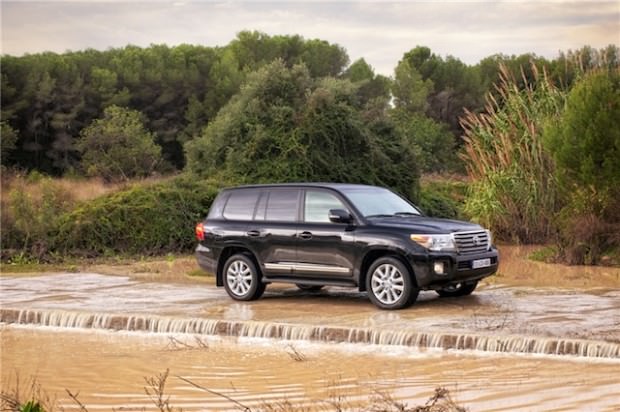 On road, Land Cruiser soaks up the bumps and potholes with ease, and remains supremely composed during cornering thanks to stabilizer bars on the front and rear. Land Cruiser’s roots are in off-roading, but it has definitely adapted to life on the pavement. With Land Cruiser’s robust body-on-frame construction, I didn’t hesitate to explore the terrain, passing by small rivers and wild woods… Definitively the new Land Cruiser is a truly great off-roader. 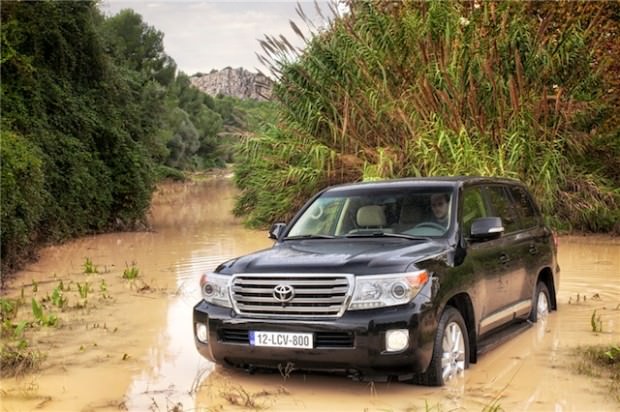