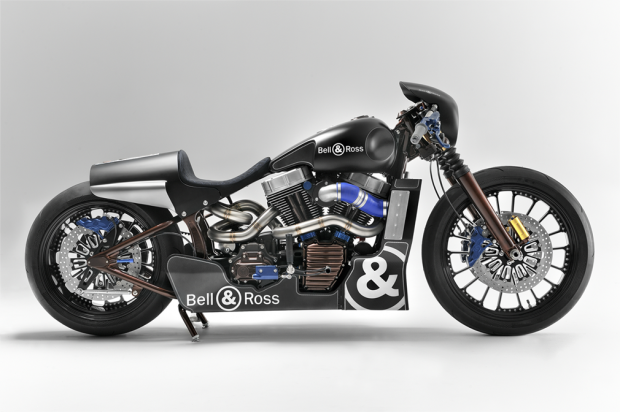 Shaw Harley-Davidson is a leading dealership in the United Kingdom and six times award winner for best UK Dealer. They approached Bell & Ross about a bike design project that was inspired by the watchmakers’ vision on performance, precision and engineering. The same technical exactness that Bell & Ross rule by was taken into account with the build of the unique motorcycle.
The way that master watchmakers Bell & Ross develop and assemble their timepieces was reflected by the Shaw Harley-Davidson master technicians when building the project bike, which is based on the Harley-Davidson® FXSTB Softail® Nightrain, one of the more radical Softails – long, low and naked and named by Willie G. Davidson. 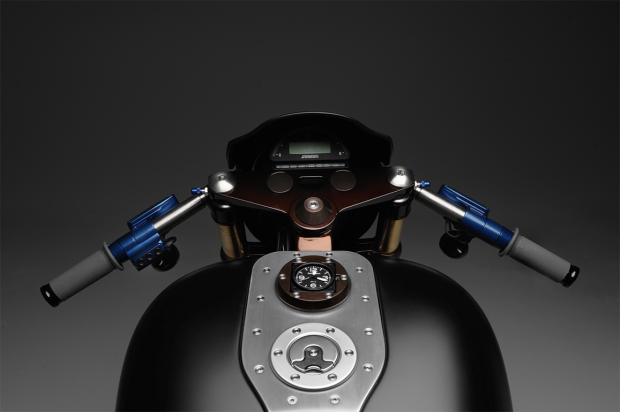 The motorcycle was totally stripped down to every last nut and bolt in the Speed & Custom workshop of the East Sussex dealership, and every detail was taken into account on the rebuild.

Using the BR 01 Carbon – the iconic instrument produced by Bell & Ross – the Shaw Speed and Custom team mounted the timepiece in a handcrafted centre console using a machined section of aluminium. The watch mounting positioned the timepiece in a perfect place for its original function as a professional tool for the rider. A combination of anodised blue, carbon and stealth-like matt black custom paint was used on the bike to reflect the timepiece. 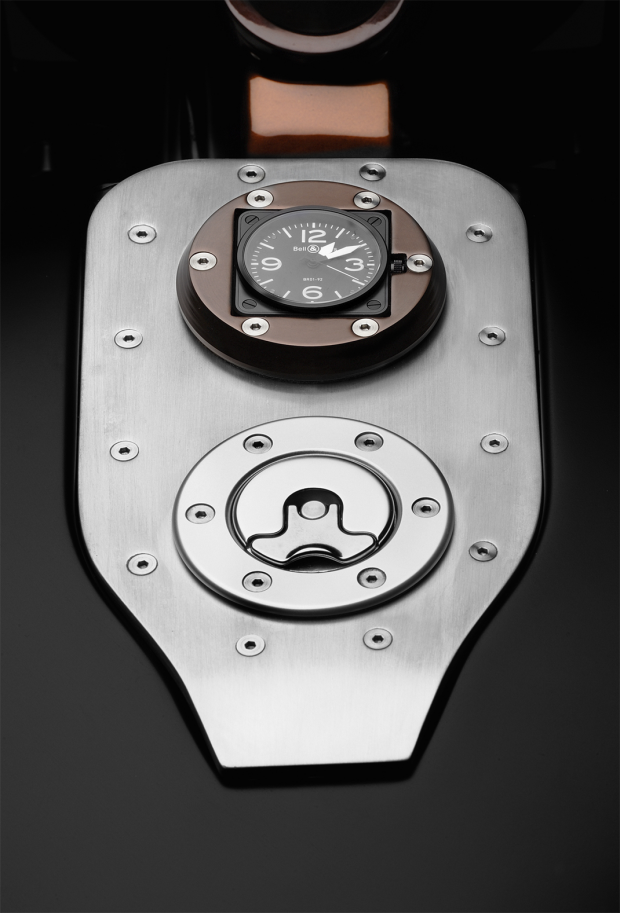