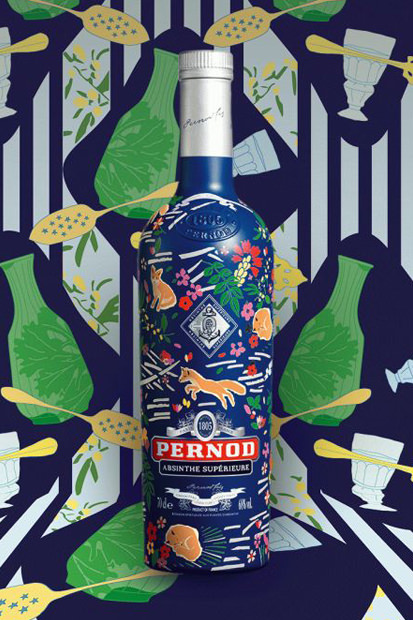 Pernod Absinthe recently collaborated with Masion Kitsuné on a limited edition bottle design. An eclectic design adorns the exterior, featuring a familiar stylized fox alongside other illustrated imagery. As one of the most reputed producers of absinthe in France, the rarefied beverage blended of wormwood and other herbs has been bottled by Pernod since 1805.

Visit boutique Colette September 20 for an exclusive tasting party with musical accompaniment from the Kitsune x colette DJ team. The container of wormwood infused liquor is can be pre-ordered at Colette’s online store.