When I told my mum I was about to attend the Boeing Boeing‘s Première (see my previous post about it), she came with a “so funny, I saw that play when I was student!” 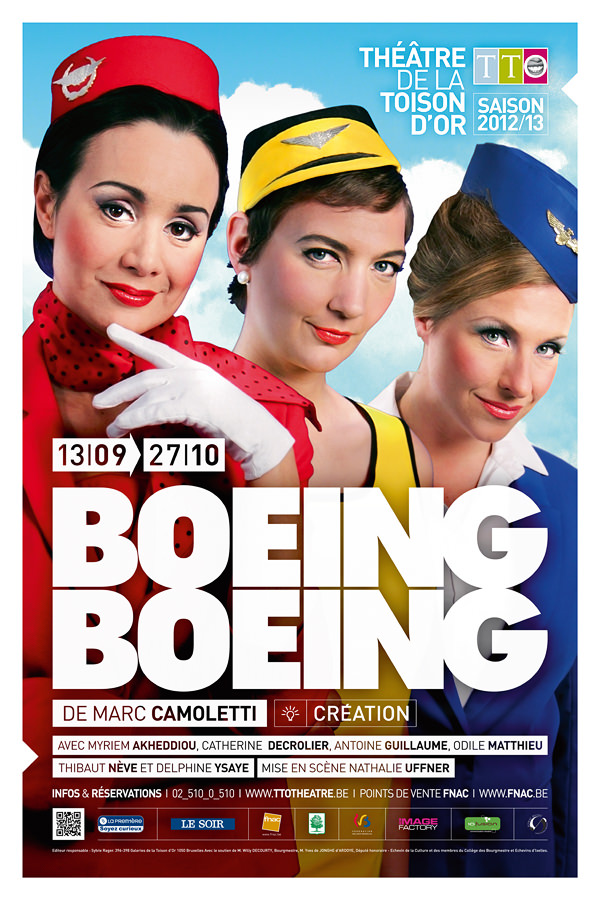 Comedy in three acts, global success (with more than 20,000 triumphant performances in London, Paris, New York …) that vaudeville written by French playwright Marc Camoletti has been created on December 10, 1960.

So as you can imagine, I didn’t know what I was heading for. Boeing Boeing lands at TTO and so did I.

You will find in this play all the ingredients of a classical vaudeville: a successful architect, Bernard, dating 3 different future brides, all three air hostesses in three different airline companies, one housekeeper, the unexpected arrival of an old friend, and unforeseen schedule changes and complications that will ruin Bernard’s careful planning.

Yes, harmony does love misery sometimes… for our own pleasure, assuring you of an evening full of good humor.
Want to laugh? Then book your seat as soon as possible. 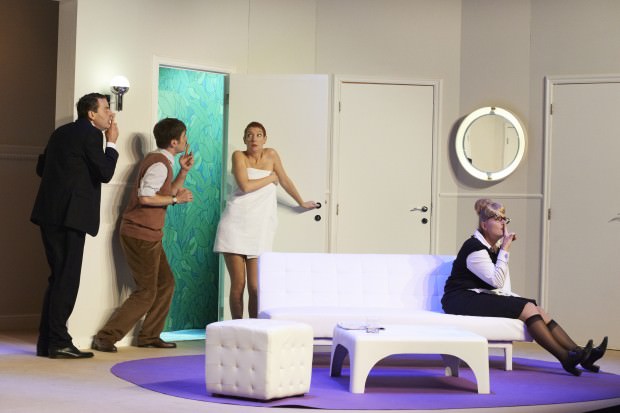 Although it was a little bit too slow in the beginning, Nathalie Uffner (Director) managed to assemble a group of comedians having real fun playing and interacting with each other; and that is what you really feel all night long.

Catherine Decrolier is exceptional, camping a caricatural but nonetheless bubbly, funny, dynamic, sincere and burlesque German air stewardess. Myriem Akheddiou, as the Spanish air hostess, is a subtle marriage of a humor that slams like a whip and a great sensitivity.

Amazing Antoine Guillaume (see his interview as Another Man for Gusmen) trades his über gay comic roles for the part of Bernard’s friend, a guy arriving unexpectedly from his native Provence to pay a visit to his old school mate. His accent and facial expressions are really irresistible.

Odile Matthieu, the housekeeper you would love to have at home, Thibaut Neve in the role of the perfect French polygamist and Delphine Ysaye, the American straight-talking stewardess, all bring their energy in making this performance a wonderful moment of relaxation and laughter. 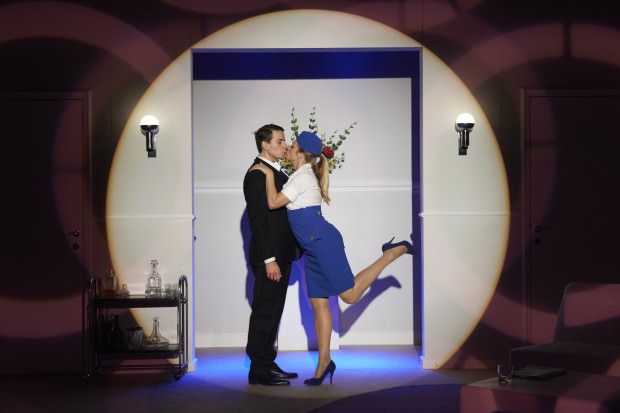 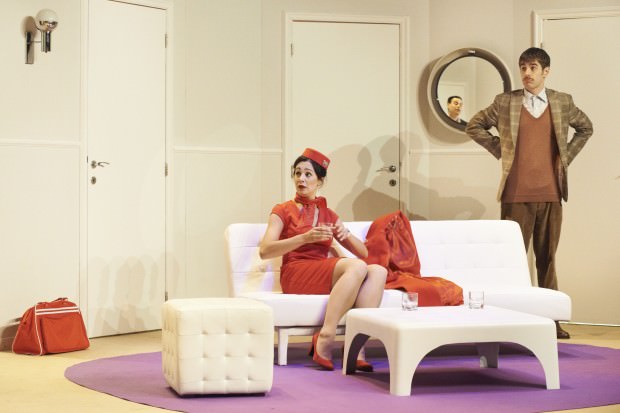 Small downside nevertheless: the retro aspect of the set recalls a little bit too much that the play was written in the 60s. A note of modernity would have been welcome here, like replacing phone by a mobile for instance. But it is often the bias force of the TTO Theater to assume perfectly its kitsch side… and it’s also the reason that we love it. 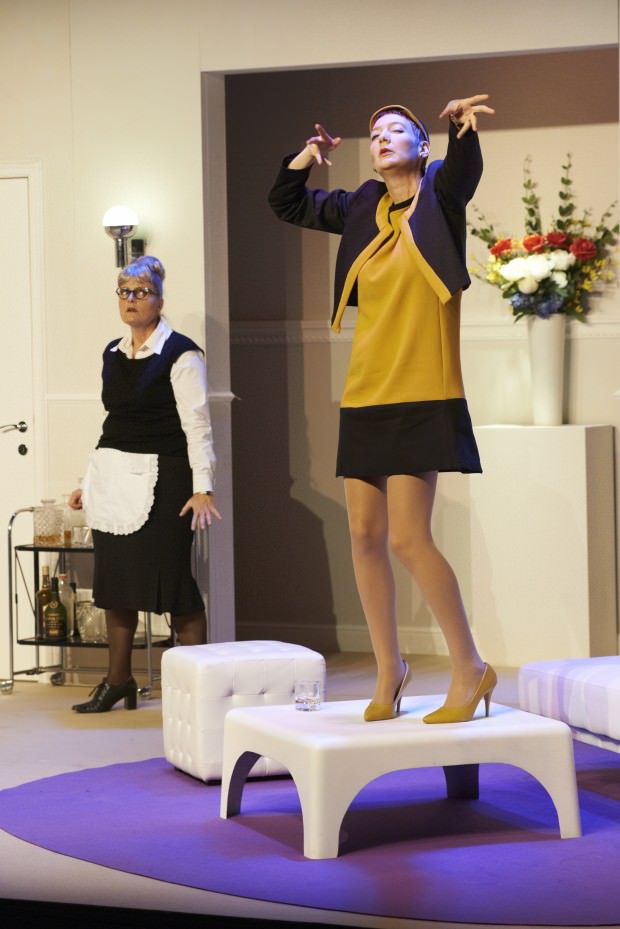