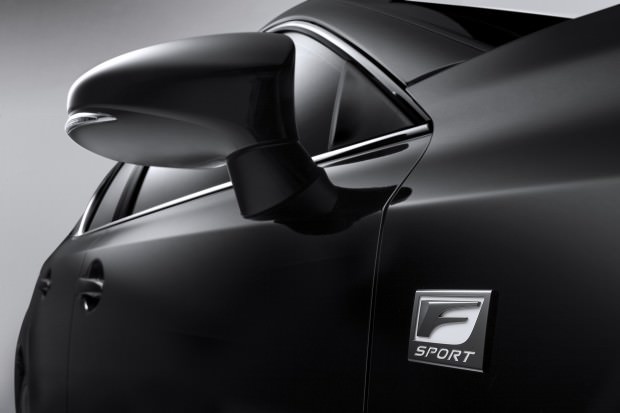 The 2012 Lexus CT 200h F Sport model is a one-of-a-kind luxury hybrid hatchback that competes directly with no other cars. This car directly impressed me: It looks racy for a car with claimed fuel economy of 4.1 liters/100km with CO2 emissions of 95g/km. It features F Sport side skirts, a mesh grille at the front and revised bumpers. A set of gunmetal-colored 17-inch alloy wheels and dark-tinted windows add to the sports car effect.

When you get inside, you can easily see that this car is luxurious rather than sporty. There’s standard leather upholstery, heated front seats (great during winter) and cruise control. Also the F-Sport aluminum pedals also add a nice, sporty touch to the vehicle.

The model I’ve tested for a week also includes Lexus’ full Map Navigation Pack. This includes a 10-speaker audio system, a six-disc CD changer in the dash, a hard drive-based sat nav system, parking sensors and the firm’s Remote Touch Control system – which is how the driver interacts with the car. It also includes a parking camera. If the CT 200h is intended for use in town, I think your rear visibility is quite compromised by thick C-pillars and a shallow back window but you got the camera and the parking sensors…

Lexus has also made changes to the CT’s suspension system to make the driving experience slightly sportier. Through a combination of tweaked spring rates and different shocks the ride is a tad firmer, but the car now handles far better through corners. In terms of the drivetrain the F-Sport is identical to every other CT200h. That means a hybrid system combining a 1.8-litre petrol engine with an electric motor for a maximum output of 134 horsepower. This enables the hybrid Lexus to hit 100km/h in 10.3 seconds and go on to a top speed of 180 km/h. 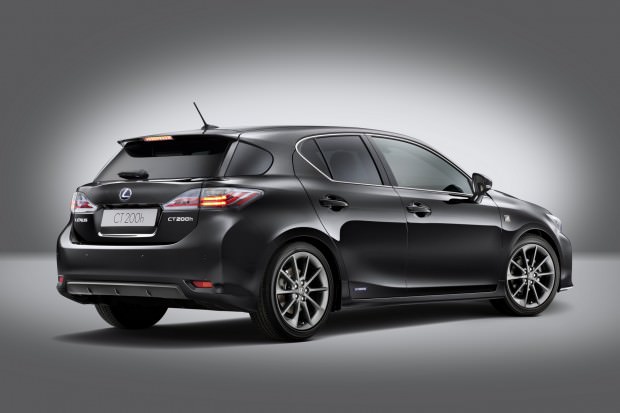 I had been pleasantly surprised by the driving experience. The Lexus isn’t fun to drive in the conventional sense. You really have to adapt your driving style to make the most of the hybrid powertrain – and I think that’s all part of the fun.

On the one hand, it’s a fuel-efficient hybrid hatchback that promises up to 43 mpg in the city and 41 on the highway. Green drivers rejoice!
On the other hand, it’s a stylish little car that becomes a sporty little number when it’s equipped with the F Sport package.

After a week driving the CT 200h F Sport, it’s clear it’s not the most fuel-efficient small car you can buy. But you have to wonder how the Sport mode impacted driving fun. Dramatically. Many cars have Sport mode switches and in many cars, the impact on driving is nearly imperceptible. Not so with the CT 200h. Engage Sport mode and the car suddenly feels zippy and allows you to accelerate with some sense of urgency.

If you are buying the Lexus CT 200h because you’re a committed, environmentally active green driver who craves a fuel-efficient, socially responsible ride, you should drive this car in ECO mode all the time.

If you are an enthusiastic driver who wants to go green and desire a greater psychological dopamine boost than you can derive from recycling your paper and plastic products, you choose the Lexus CT, then you need to drive in Sport mode.

The Lexus CT 200h is individual and distinctive and it’s a very refreshing change from most of the cars that you could spend this kind of money on. If you’re trying to stand out from the crowd but still want a car with low running costs, the F-Sport CT200h may well be the car you’re looking for.