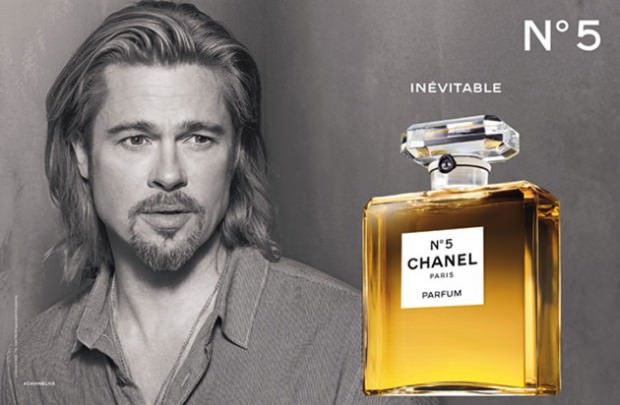 [wide][/wide]
The new Chanel No. 5 campaign featuring Brad Pitt has finally been released, marking the first time the brand has ever used a man to promote the iconic fragrance.

For Joe Wright, the director of the new advertising campaign for N°5, the scent is “a phenomenon that continues to invent and reinvent itself.”

” There You Are” features Pitt delivering a monologue while staring directly out at viewers. There is no soundtrack, and the only mention of the fragrance comes at the tail end of the commercial, making it feel more art house than fragrance counter. The actor follows in the footsteps of Coco Chanel, Marilyn Monroe, Catherine Deneuve, Lauren Hutton, Nicole Kidman and Audrey Tautou, and represents a first in the world of women’s fragrance.
Watch ‘There you are’, and check out the new print ad of the campaign.