Besides 120 films, musical attractions and dramatic readings, the multidisciplinary festival will have plays, literature, the traditional Gong Show, lots of parties and a world premiere.

The 20th Mix Brasil Festival of Cultural Diversity, LGBT largest festival in Latin America, will be held from 08-18 November in Sao Paulo and goes to Rio de Janeiro, from November 22 to December 1st . The festival will have special programming at the Centro Cultural São Paulo and Museum of Diversity (Subway Republic), beyond the cinemas Cinesesc, Espaço Itaú (3 and 4), where gays, lesbians and supporters pay half ticket, Cine Olido, entry R41, and sessions open air in Graffiti Alley (Vila Madalena) and Largo do Arouche. In Rio it will occupy the whole Centro Cultural Cândido Mendes, Estação Sesc Rio, Espaço Sesc Botafogo and Cine Jóia. In both cities there will be special screenings in Cinemas and cultural centers in favelas.

The feature “North Sea Texas” (Belgium / 2012) directed by Bavo Defurne, will open the Festival in Sao Paulo on November 8 Cinesesc in Augusta.

The Mix Brazil Festival will also take to the CCSP, the famous Literature Ballad, led by Marcelino Freire that will host famous Colombian writer Valter Sanches Alonso, active in issues involving the issue of FARC guerrillas and homosexual militancy.

The traditional Gong Show comes with a new format: besides the views of independent videos it will also have live performances, the attractions will be submitted to the jury and invited commands by Marisa Orth. Those interested may register at the counter accreditation during the festival or up to one hour before the start of “gongadas”, held in Sao Paulo on November 12 at the theater Sérgio Cardoso and Estaçao Sesc in Rio Nov 26th.

According to the directors of the Festival Mix Brazil, André Fischer and João Federici, this year the festival will show 51 shorts and 6 feature Brazilian films made in Brazil, a record. “This number represents the increase in the production of national theme of sexual diversity in Brazil, one of the genre’s most fertile in the world. They map the main production centers of the country at the time and form a very diverse panel about us and how we see ourselves portrayed” according to the directors.

The Brazil Competitive Exhibition will feature a panel of queer film festival directors from Buenos Aires, Lisbon, Copenhagen and Valparaiso…

More than 20 international guests will be in the 20 ° edition of Mix Brazil. Among them, the French actor Stephane Rideau will present “Our Paradise” (Notre Paradis / 2012), new film from director Gaël Morel, who also will attend the event.

The short films programs are also present in this edition of the festival, among them: “The Other Side of Islam”, films that portray the diversity in the Muslim world, “Super Moms” show the relationship of mothers and their gay children, ” From 8 to 80, “movies about gay experiences from childhood to old age,” Children’s Program “, which will display titles on the acceptance of differences and coexistence in diversity.

20th MIX Brasil Festival of CULTURE OF DIVERSITY is sponsored by the Municipality of Rio de Janeiro, Ministry of Culture, Ministry of Health, SESC, Sabesp and Departments of Culture of the City and State of São Paulo.

You can find the complete program of 20th MixBrasil on line: www.mixbrasil.org.br. 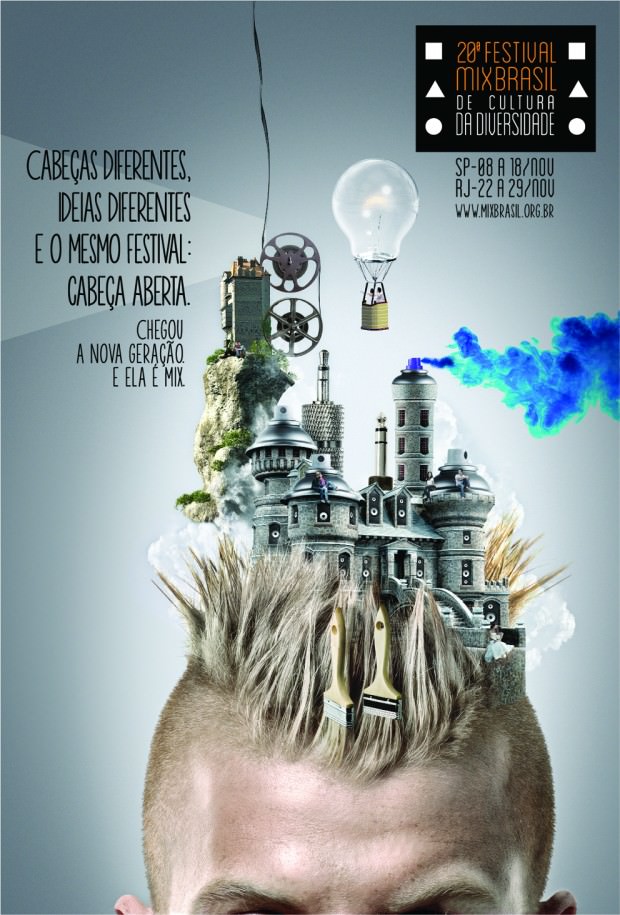