Florence Minder is on stage at National Theater – Brussels till 22nd December with her solo act “Good mourning”.

In March 2011, the National Theatre of Brussels had given her “carte blanche” for the XS Festival. And it was at the moment she created «Good Mourning! now performed in a newly extended version.

On a bare stage, she appears wearing a pair of jeans and a sweatshirt, a gun pointed at her feet.

During more than an hour, she tells us about that moment “when shit happens” in her life and the grieving process that follows in a succession of seven stages: shock, denial, anger, bargaining, depression, testing and acceptance.

To address the issue of personal reconstruction, actress, Florence Minder, chooses to speak and play in English introducing us to an “U.S. version of herself”.Using this subterfuge, she relocates her pain with humor emphasizing the situation rather than performing the sense, also amply playing with subtitles which seldom translate her talking.

The writing is terribly fun and sharp, sublimated by an “American stand-up”-like staging style: no set, no artifice, true efficiency and a killing sense of humor. I thoroughly enjoyed being one of those in the audience and laughed nonstop.

Beyond laughter and pain, away from exhaling great adventures, her story goes on, with this feeling of being still surprisingly alive.

An absolute must to be seen and a witty example of the “new generation” Belgian Theatre.

• Find Théâtre National on the map 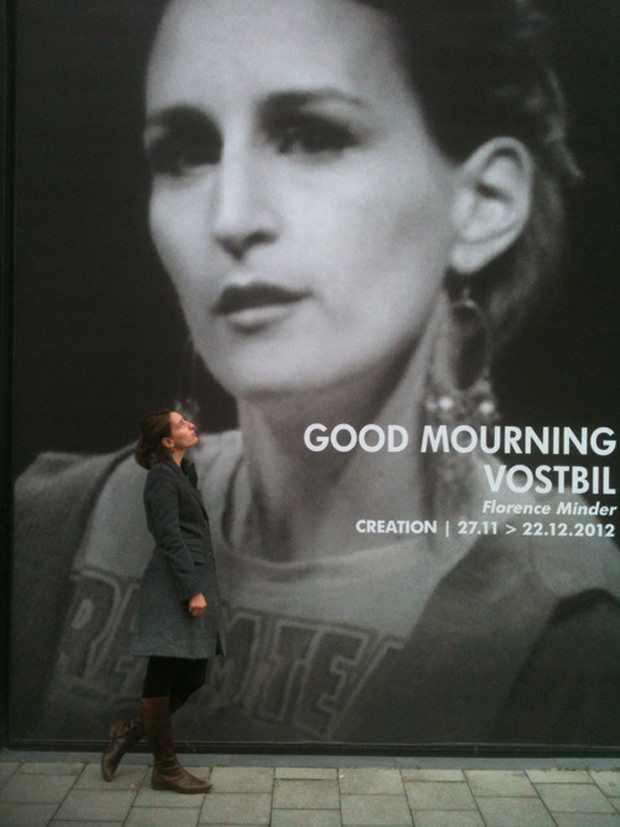