[wide]http://www.youtube.com/watch?v=byYl3erK3cc[/wide] Karl Bartos is well-known as one-quarter of the “classic” Kraftwerk line-up. Many of their most influential rhythms and memorable melodies were actually conceived in his home studio. They would later be used on an unstoppable succession of hits from the Düsseldorf band as they ascended to the lofty heights of popular music culture.

As a major contributor to “The Man-Machine” (1978) and “Computer World” (1981) Bartos has had a decisive influence on Kraftwerk’s music.
The Kraftwerk team went on to achieve worldwide success and cult status: in 1982 “The Model” became a UK number 1. The track has become a classic in the history of music, along with “The Robots”, “Metropolis”, “Neon Lights”, “Numbers”, “Pocket Calculator”, “Home Computer”… 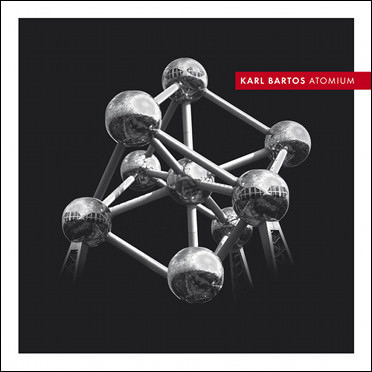 Atomium is the name of an iconic monument in Brussels. No other edifice in Europe symbolizes the rise and fall of atomic power quite as dramatically as the Atomium. This gigantic model of an iron crystal, erected for the 1958 World’s Fair in Brussels, finds its musical voice on the first single lifted from the forthcoming album “Off the Record”.

But what does iron crystal music sound like? The Ex-Kraftwerk member combines variable metrics and intelligent rhythmicity with calculated noise and the elegant weightlessness of his melodies – neoclassicism meets avant-garde electronica. Enjoy !