Simply put, the nCycle is unlike any bicycle – or electric bike – I’ve ever seen. Most e-bikes just add a motor to a sturdy but conventional bike. nCycle is the latest concept to hit my radar, sporting a modern design but it takes the concept further, with a design that is both futuristic and functional.
nCycle boasts several innovations, including a smartphone dock and integrated holographic display, an easy folding mechanism for more convenient carrying and storage, and a novel security mechanism dubbed “nLock.” 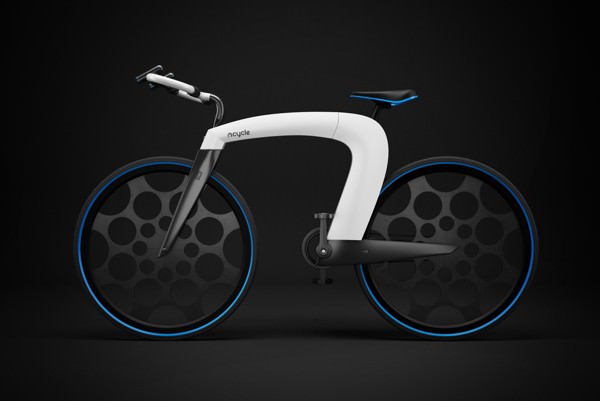 This is a two-wheeler for the smartphone generation. Headlights are integrated into the handlebars and double as speakers. Both are powered by the onboard battery and the speakers are Bluetooth compatible. The frame has a hidden storage area with a drop-down pocket to hold a laptop or tablet. And the entire bike folds in half at the mid-line, another unusual feature for an e-bike. 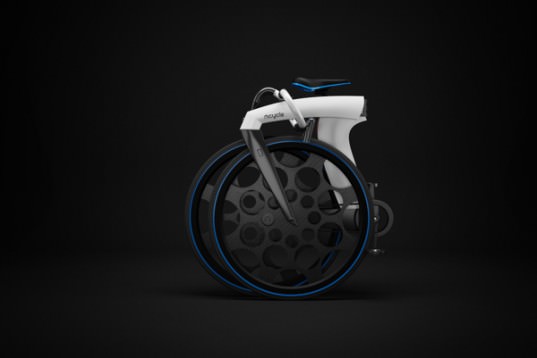 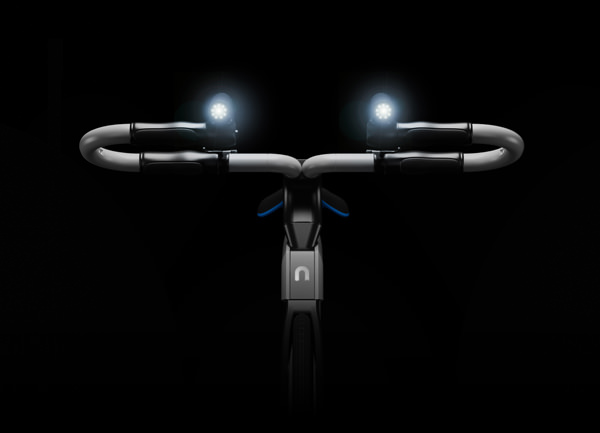 The handlebar design is revolutionary as a method of securing the bike to a street light, or something similar. The looped shape eliminates the need to carry around a lock. Hidden steel tubes that extend to wrap around a pole or city bike-stand. Just pull the tube from one handle and click it into the other to lock the nCycle with the same key that starts the motor. There are some functions that we find on regular bikes, since the handlebars are adjustable, as is the seat. 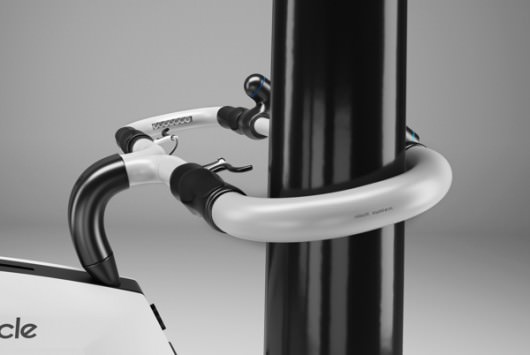 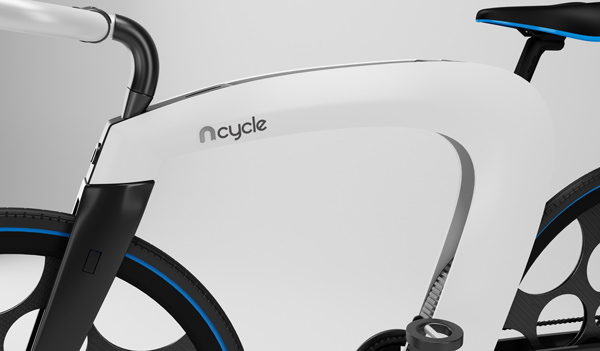 The nCycle concept also calls for a holographic display which sits atop the handlebars and mirrors the screen of the rider’s smartphone. This display could provide directions, speed and other information, while the smartphone remains stowed safely away in a dock hidden in the bike’s frame.
In addition, it offers a more intuitive folding system for easier storage, and this is said to be a three-step process which can be performed quickly and with little effort. 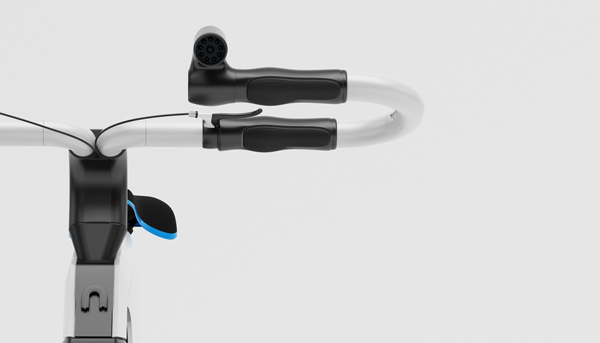 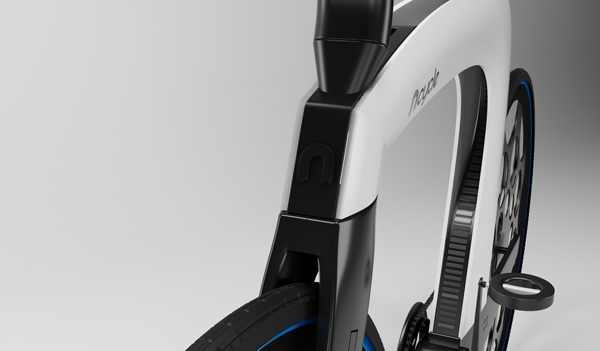 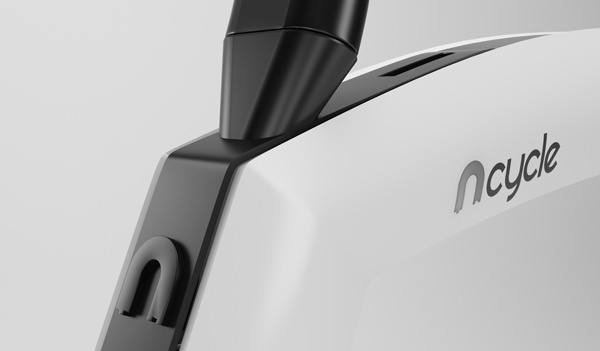 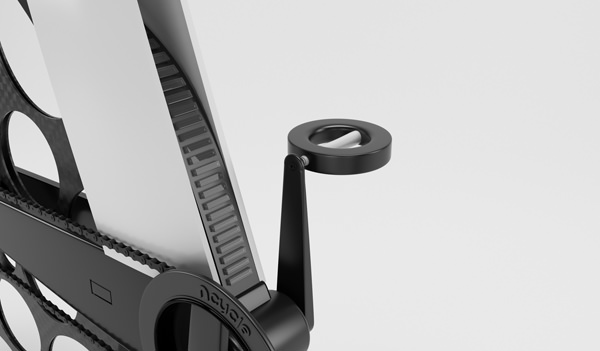 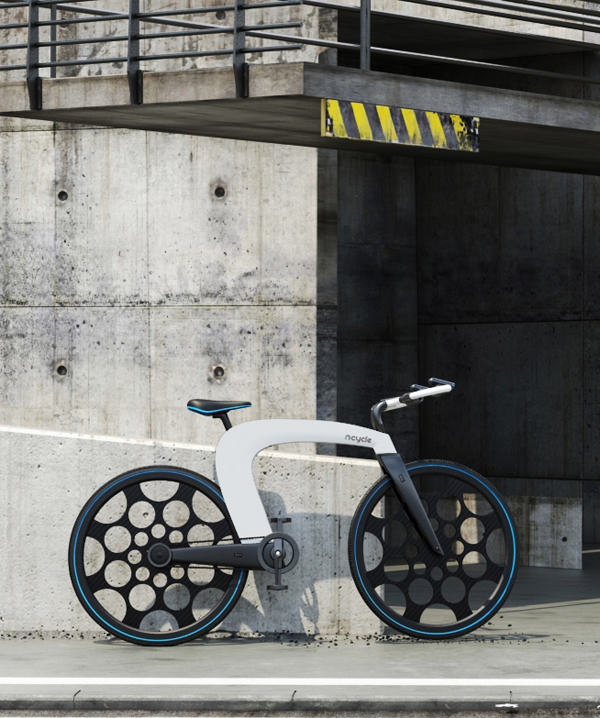 This fantastic bike is the brainchild of designers Marin Myftiu and Skyrill, working for of the graphic design company Behance, headquartered in NYC’s trendy Soho district.
If it makes it from the drawing board to manufacture, it could be offered in several iterations to suit budget and need, including a basic “no frills” model and a unit with a comparatively expensive electric motor.