What makes it very hard to resist to a Christian Louboutin pair of shoes is the amount of expressions that cross your mind when you contemplate at one. Appealing, hallucinating, breathtaking, unique, a “got to have”, a work of art, for sure.
Eventually reality hits you but this time the best is yet to come and it evolves in a sort of a state of mind.
Mr Loubi came up with this concept of Tattoo Parlor, according to which your tattoos, meaning on your own body parts, can be embroidered with the most refined techniques on your own pair of Christian Louboutin shoes. 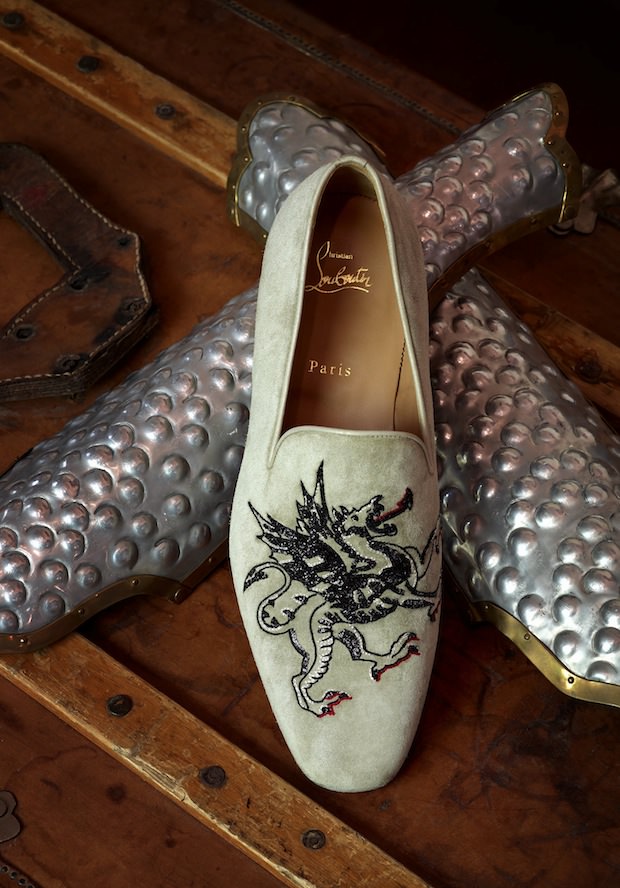 The statement of Christian Louboutin says it all: “It started as an idea of a present for a friend, I made a pair of shoes for him embroidered with his tattoo. A lot of my friends have tattoos, I realised that it’s not only just a part of pop culture but a bit of a map on someone’s body which says something about people. A part of their life, like an armour or a crest. Instead of carrying someone else’s crest on a loafer, I thought it would be a modern armouries , your own crest on your own shoe. Instead of a classical made to measure bespoke shoe, which other men’s shoe brands do very well, this is my modern approach to bespoke.”

And then there is the ritual. And at this point, you feel like you’re the only one in the world. During a private appointment you are guided through the whole process and you’re invited to make your selection among materials and color palettes. You can also choose specifically among the three embroidery techniques. The Outline & Shine for a black & silver thread, the Color for an intense color thread and the Color & Relief for a variety of vibrant thread colors and a fine bead work.
You receive the final proposal to ensure that the drawings are true to your own tattoos reality and then you have three months and one the best reasons to live for.

Service already available in Paris and as from mid-February at the following stores:

Now, you have a purpose…