Time flies! The famous Night Vision celebrates its tenth anniversary this year, and the key to its success remains the same as ever. A long-time bestseller for Victorinox Swiss Army, the innovative watch illustrates the philosophy of the house, combining the strengths of a product at the cutting-edge of watchmaking technology, the useful functions of a professional tool, and an attractive contemporary design. 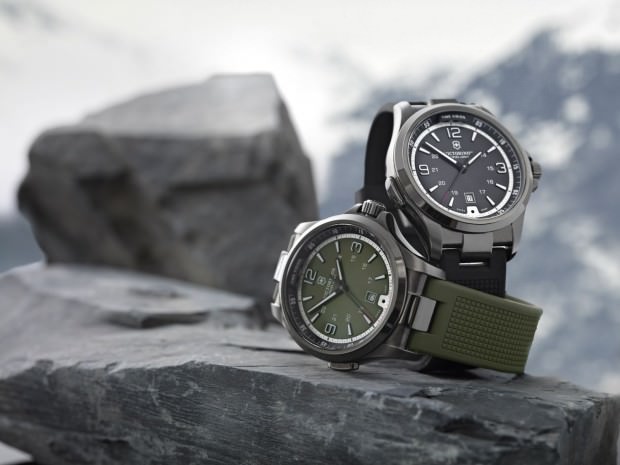 It is on this last point that the designers at Victorinox Swiss Army have particularly focused their attention this time, profoundly extending the redesign work begun last year. Three new elements irresistibly mark the 2013 Night Vision 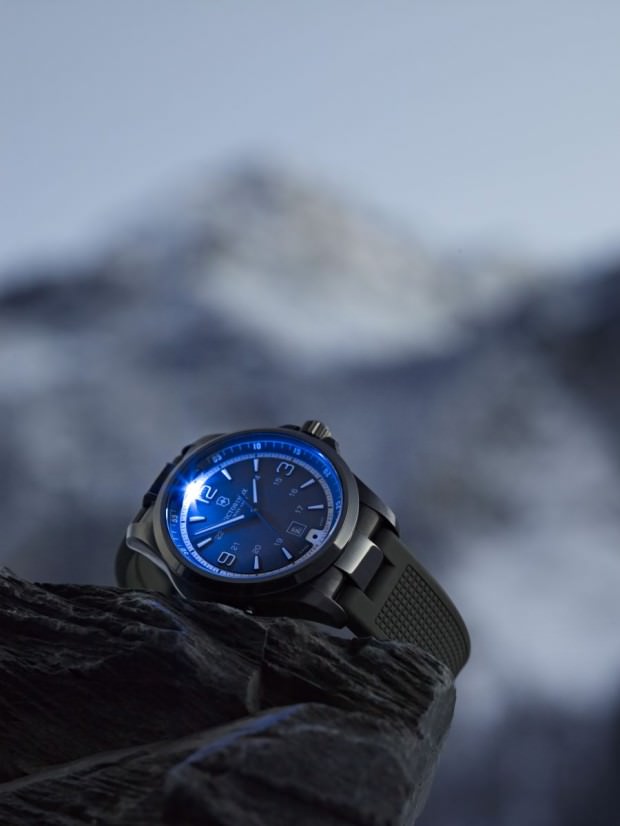 The first is the polished and brushed steel case, with the brand’s iconic “Black Ice” PVD treatment. Far from darkening the model, it instead gives it new strength and power, which is further enhanced by the monochrome color of the satin dial and natural rubber strap–this year’s two other significant innovations. A choice of two colors is offered: black or army green. Also worthy of note is the “guilloché” structure of the bracelet, which echoes the casing of the Swiss Army Knife. 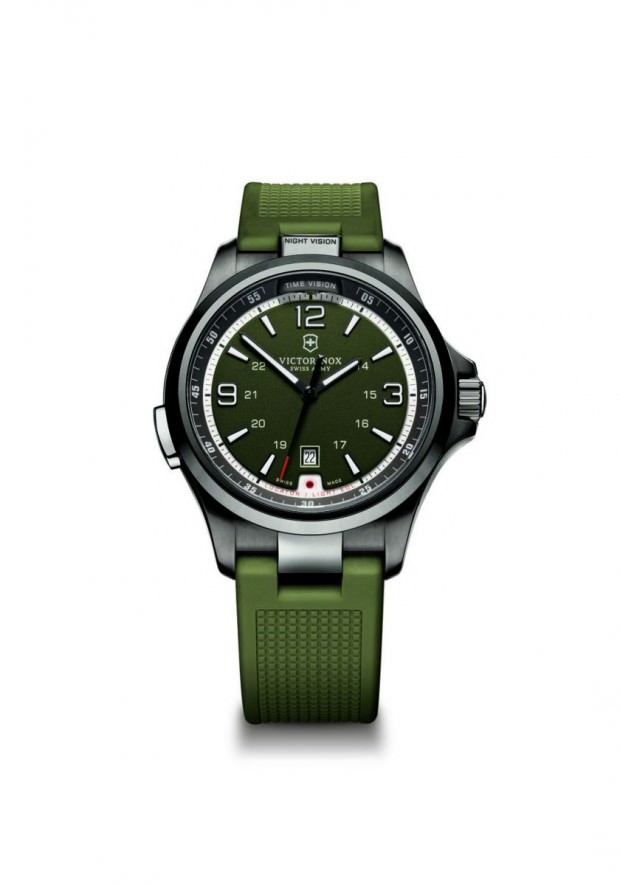 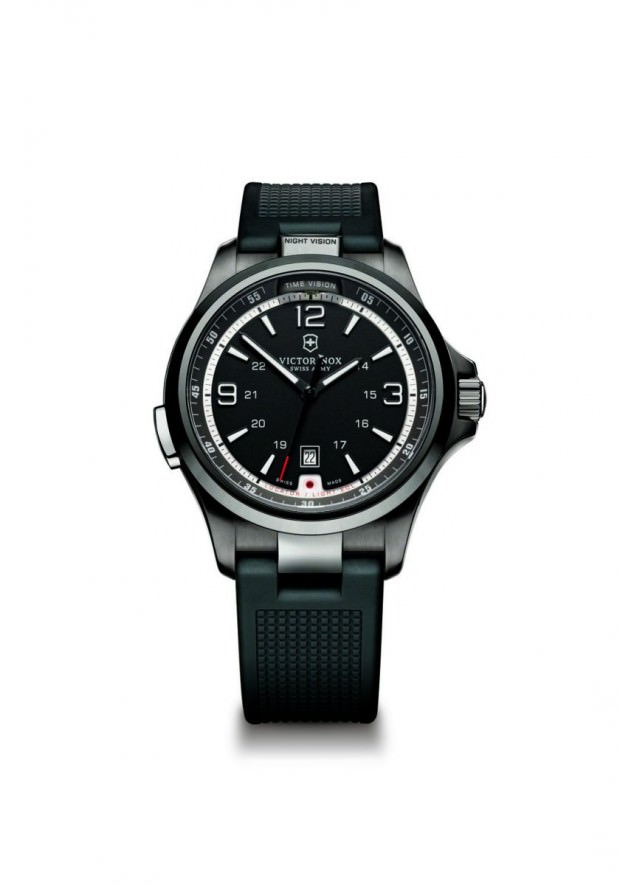