Every winter, artists from around the world gather in Jukkasjärvi, northern Sweden, for an art project that has become known as ICEHOTEL.
For this, they borrow about a second of water from the mighty Torne River. The ice itself is unique in that it is crystal-clear and free from pollutants. The art created here, just like the river, is ephemeral and everchanging.
[wide] 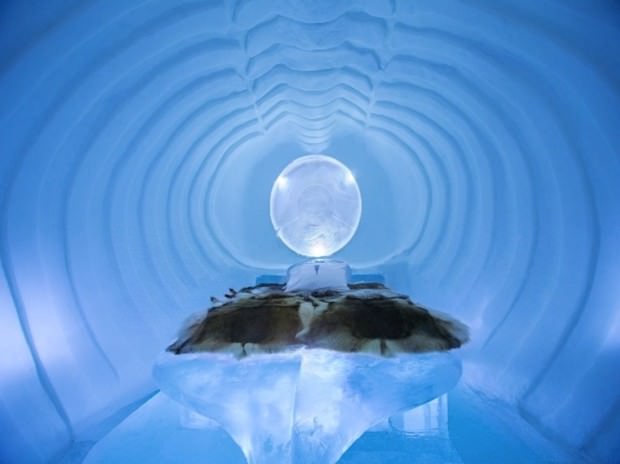 ICEHOTEL covers 5 500 square metres and is con-structed from 2 000 tonnes of Torne River ice and 30 000 tonnes of ‘snice’, a mixture of snow and ice that strengthens the structure. Some 100 people are involved in the construction of ICEHOTEL, half of which are artists especially invited to design particular areas of the hotel. 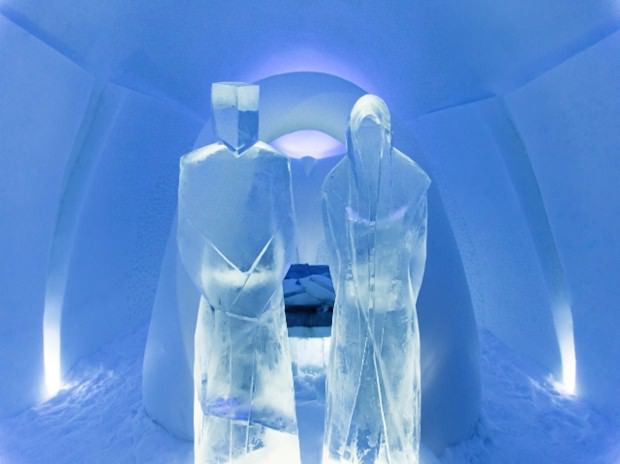 Building the hotel is a year round process. In March and April, 4 000 tonnes of ice is harvested from the Torne River and kept in cold storage over summer. Construction takes place November and December, and the entire ICEHOTELis then open between December and mid-April, when the structure begins to slowly melt and return to the Torne River.

The first party of overnight guests to stay at ICEHOTEL was a Swedish Armed Forces survival group. The first conference group came from Vesatel, an international space satellite company. Lars Byström and 15 guests slept in sleeping bags on reindeer hides. The indoor temperature was minus five Celsius, and they awoke thrilled and exhilarated. ICEHOTEL was born. 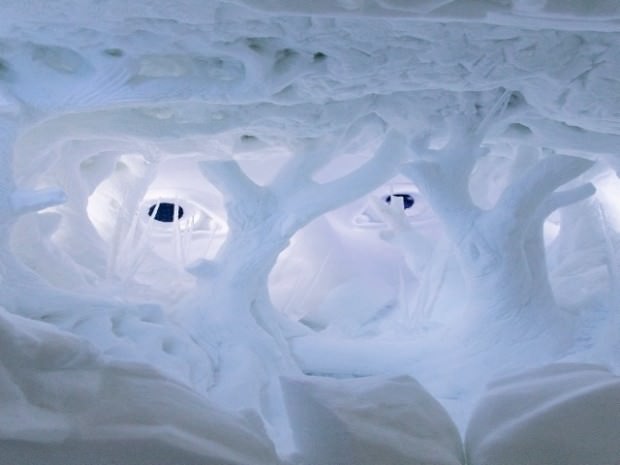 Each year, ICEHOTEL is reborn in a new guise and nothing remains the same. Due to the work of visiting artists and designers from around the world, it is always a unique attraction. 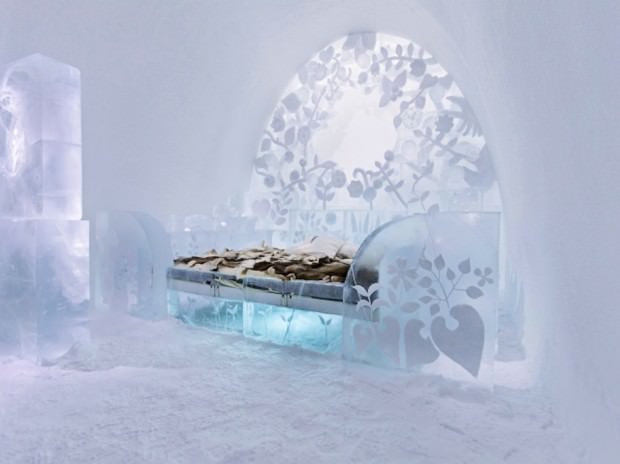 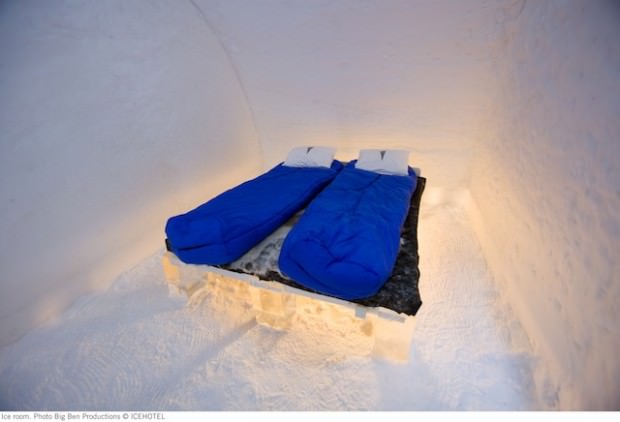 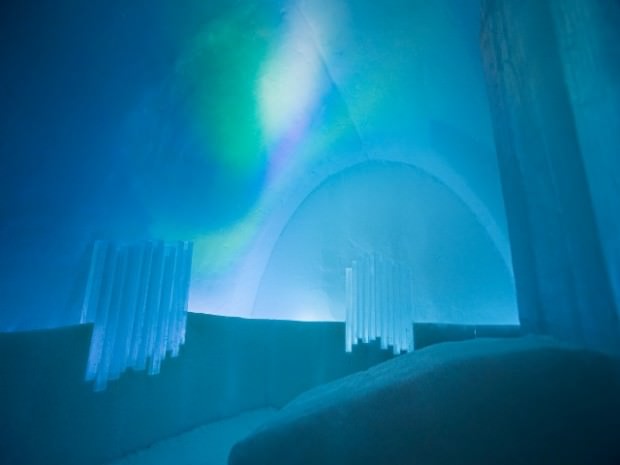 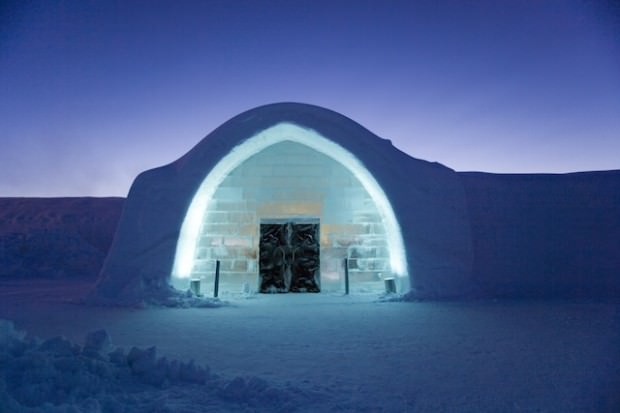 A overnight stay at ICEHOTEL is an incomparable experience. Regardless of how cold it is outside, the indoor temperature never falls below minus eight Celsius.
Turning in for the night involves slipping into thermal underwear, pulling a woolly hat over your ears, and then climbing into a sleeping bag atop reindeer hides and a mattress covering a block of ice.
After your morning wake-up call (a cup of hot lingonberry juice), it’s time for an invigorating sauna, followed by breakfast from a well-stocked buffet and a day of activity 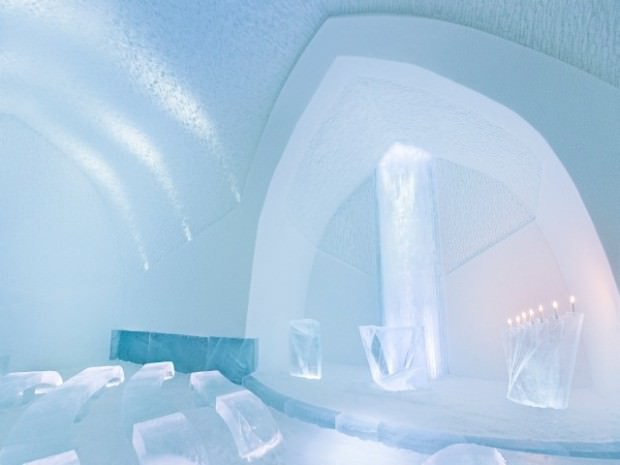 Most of the guests sleep one night ’on ice’ and a few nights in our warm accommodation, and spend the days and evenings enjoying the various activities they offer. 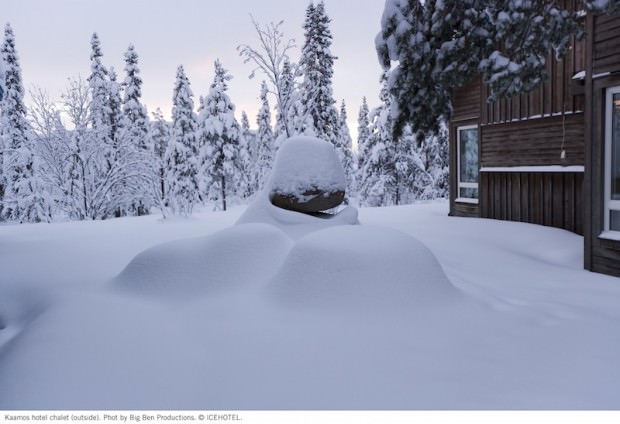 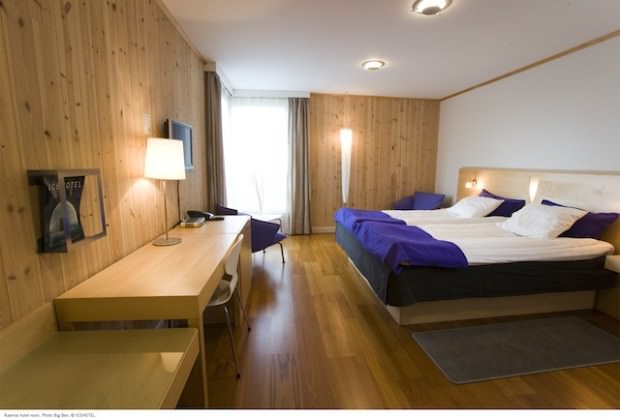 Among other activities, ICEHOTEL can arrange for you guided Northern Lights tours by snowmobile or bus, dog-sledding and reindeer-sledding excursions, horseback riding to watch moose, ice sculpting, and Raidú – an encounter with the Sami culture.

If you take the opportunity to discover the unique subarctic environment and let winter fascinate you, and then round off the day with dinner in one of the restaurants.

Don’ miss a visit to ICEBAR. Your drink is served ’in the rocks’, not ’on the rocks’, and the atmosphere is highly cosmopolitan. 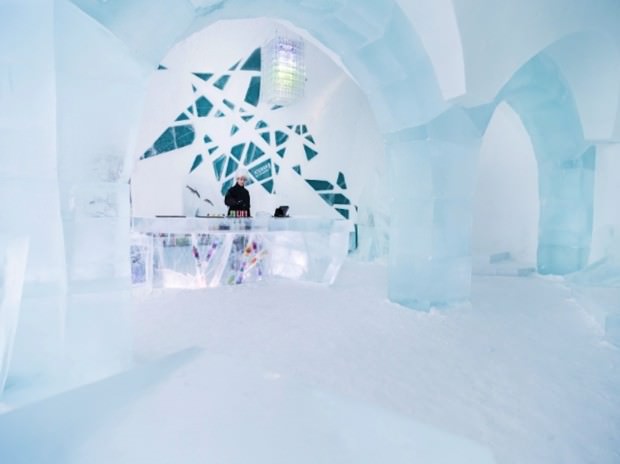 ICEHOTEL 2012/2013 offers 65 guest rooms and will be open until mid- April, when it slowly begins to melt and becomes the world’s most modern ruin.