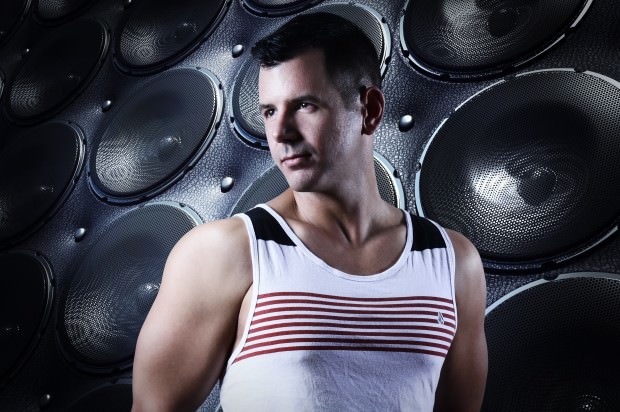 Tel Aviv is an international hub of highly active and diverse nightlife with bars, dance bars and nightclubs staying open well past midnight. The largest area for nightclubs is the Tel Aviv port, where the city’s large, commercial clubs and bars draw big crowds of young clubbers from both Tel Aviv and neighboring cities. The “TLV club” is the largest and often hosts big international acts and DJs. Another major clubbing area is the Yad Harutsim area, near the old central bus station area of town. The South of Tel Aviv is known for the popular “Haoman 17” club, a gay bastion during the weekends !

Tel Aviv is known as one of the world’s finest and friendliest GLBT travel destinations. Where you can express yourself, indulge yourself, or just be yourself. The vibrant gayscene is alive year-round, with a dazzling nightlife.

Guy Scheiman from Tel Aviv has been DJing for ten years to some of the most exclusive clubs in Tel Aviv such as, Cat&Dog, Oman 17, The Penguin and Supermarket club, and of course the world-renowned TEL AVIV Pride festival.

In the past five years he’s been developing his productions and taking his DJset on-tour through Germany, UK, Brazil, Spain, Greece… spinning for iconic events such as Salvation, HustlaBall, LoveChild and AsOne. In 2012 he rocked the world famous G – Music Fest in Mexico City to a 5000 person crowd. This year started with guest appearances at «Scream» Paris, «Bearotica» Bristol, «Hunkut» Brussels and also Coming up in the couple of months guest appearances at «Glam» Nice, «Pulse Hamburg, “OMG” Prague, a tour in Latin America and “Red & Blue” Antwerp.

His productions and DJ sessions present a combination of house, progressive, tribal and tech house with a strong melodic presence joining memorable vocals. Guy sources emotionally stimulating music and his fascination for the ultimate quality of sound ensures the crowd feels it! His preference for strong grooves and powerful bass-lines completes his desire to build an energetic and emotionally fulfilled audience.

As a producer, Guy Scheiman’s cuts have been supported by top DJs and Producers all over the world, including Funkagenda, Tony English, Danny Verde, Ivan Gomez, Abel, Chris Cox, Steve Pitron & Steven Redant.

GUSMEN is featuring Guy for the next exclusive GUSMEN podcast vol.17 .

To be released this upcoming friday 8th of March.