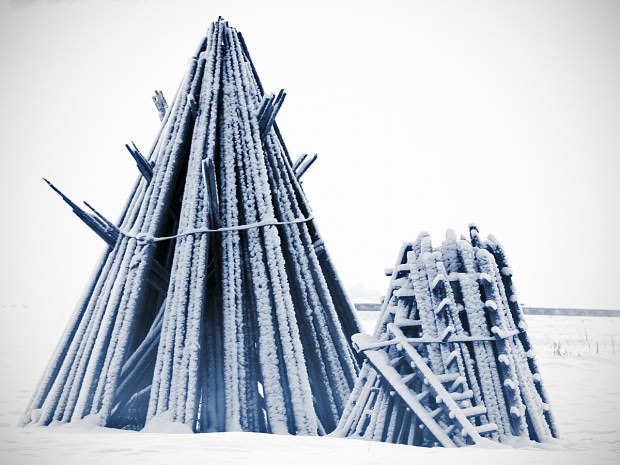 The far North of Europe, Lapland to be precise, is not just home to Father Christmas, but also to the indigenous Sami people. The Sami are nomadic and mostly still rely on reindeer breeding to support their communities. These poles form the backbone of their tents which provide temporary shelter on the taiga and the tundra.


The Sami have lived for centuries in some of the most extreme conditions on earth – amongst freezing temperatures and biting winds, where the human chance of survival without proper clothing or shelter is virtually zero.
[wide] 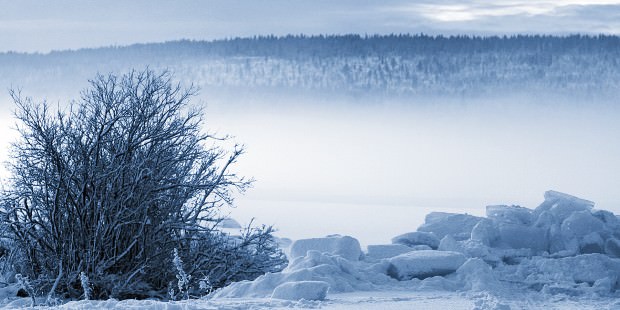 Lapland is situated above the polar circle which in winter experiences the Polar night. In other words, from this latitude entire 24 hour periods are spent in total darkness. The further North you go, the more days in the dark you are likely to experience. 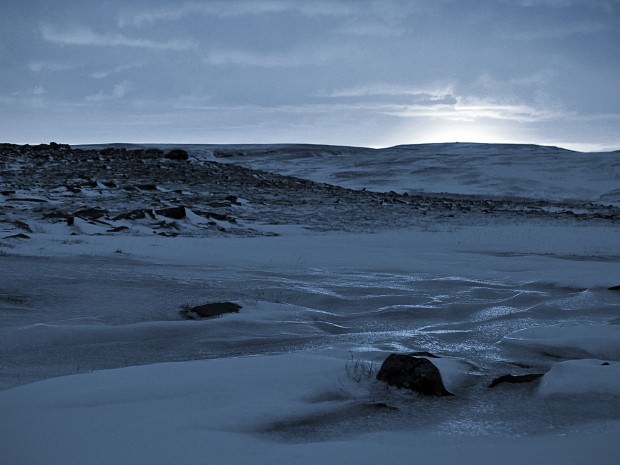 Dogs and reindeer are used to pull sledges to move around Lapland in winter. Out of season though, they are kept in training by pulling an entirely different form of transport. 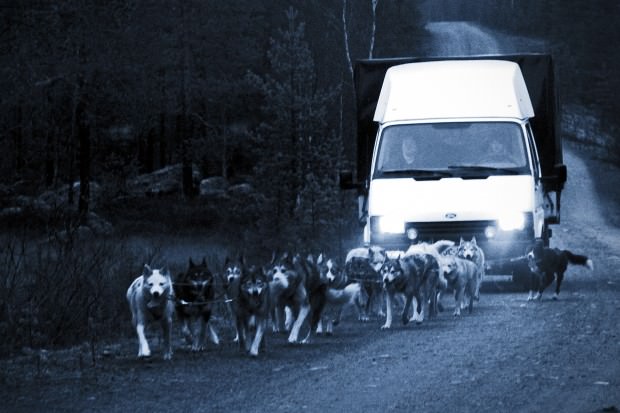 The taiga is bleak in winter, but compared to the tundra, it can still be inhabited. 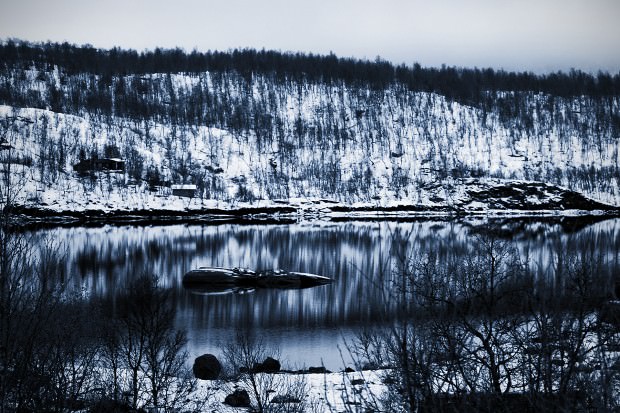 The roads are not busy this far north. You are more likely to encounter reindeer than an other vehicle. Occasionally though you are confronted by a lorry. A huge vehicle carrying timber or ore deposits hurtles towards you on icy roads, leaving a trail of blinding snow in its wake. 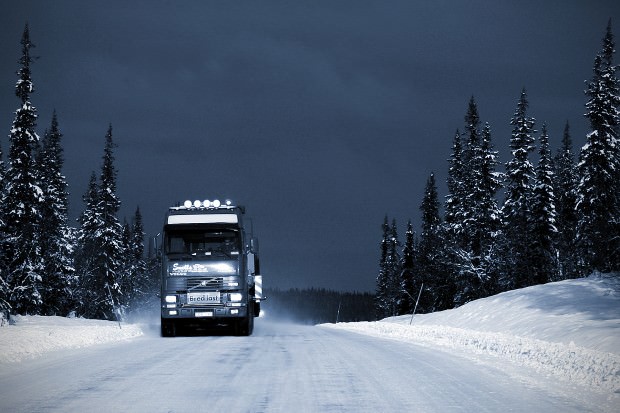 However, the greatest danger to the motorist comes from the herds of reindeer and elk which graze and cross the icy roads at will, often with fatal consequences for either driver or animal. 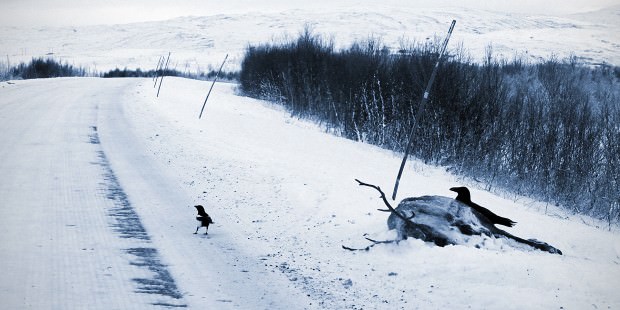 A more sedate form of transport can be found in the towns of Lapland. Perfect for negotiating the slippery roads and pavements, the ‘zimmer-sledge’ permits even the elderly to get from A to B despite the harsh wintry conditions. 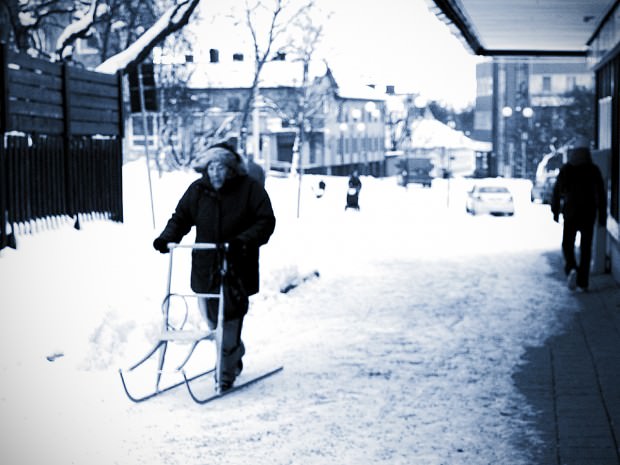 Even the most simple of houses needs to be adapted for the cold. By growing grass on the roof, the inhabitants create an unlikely, but effective extra layer of insulation. 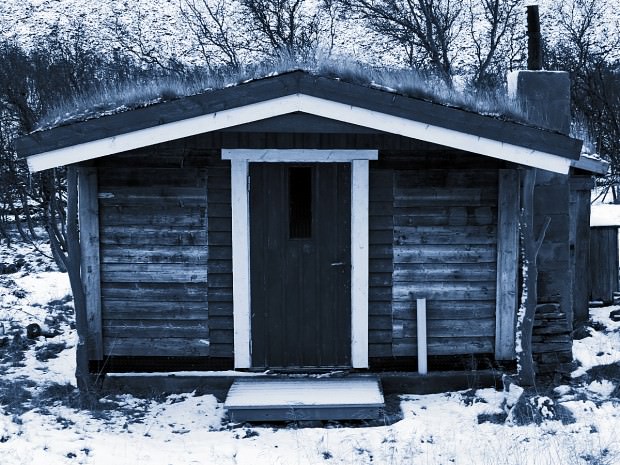 Whilst the winters are long this far north, they do not last for ever and soon the bravest of flowers struggles to mark the advent of spring through the final showers of snow. Finally, Lapland can move from permanent night to the 24 hours of daylight the summer season will herald. 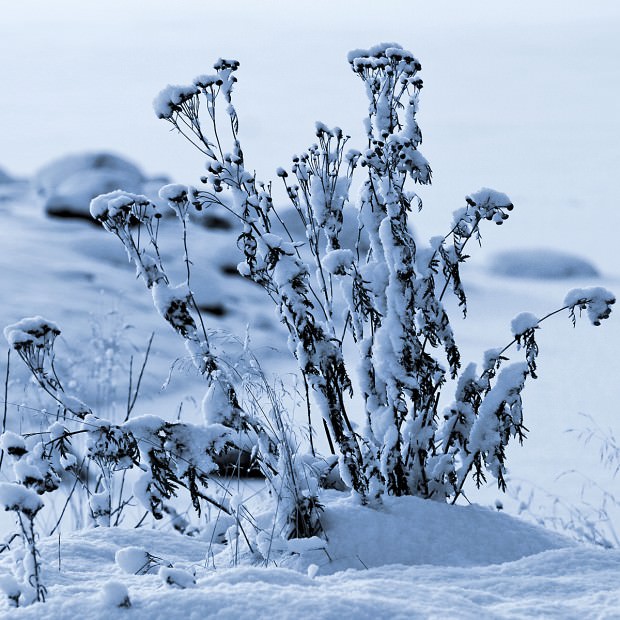