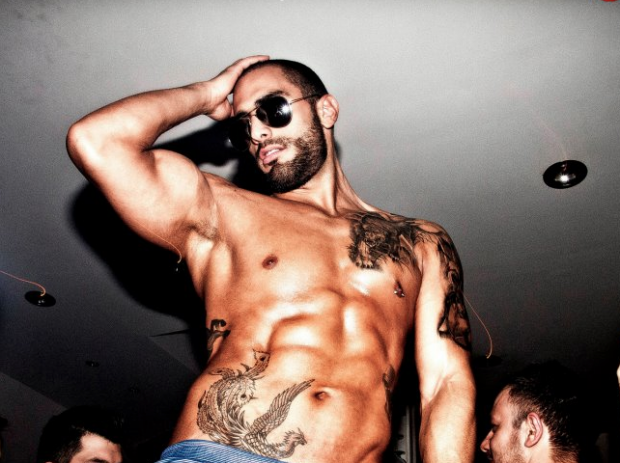 [/wide] Athena is Ours!
Athena, the Warrior Goddess of Wisdom is the very spirit of Athens. The Parthenon, the temple built in her honor, is a global symbol. This year, Athens Pride embraces and enriches this symbol in a slogan with a dual meaning: In Greek, but for an accent mark the name of the goddess Athena is identical with that of the city Athens, the protectorate she won with the gift of the olive tree. 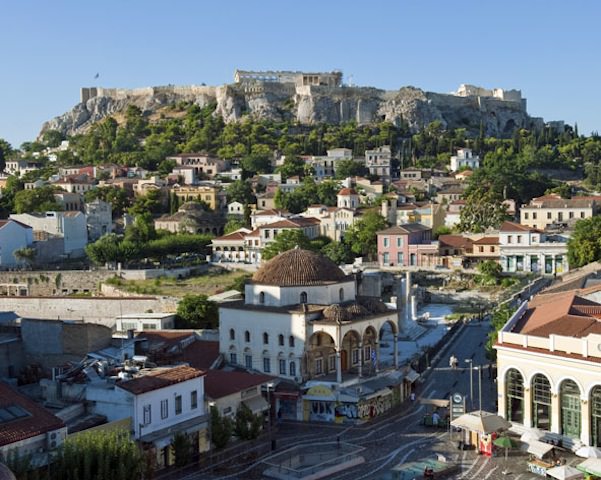 Athens Pride started as a small grassroots initiative gathering a few hundred activists in 2005 and quickly grew to become one of the most popular and most significant all day events of the city. 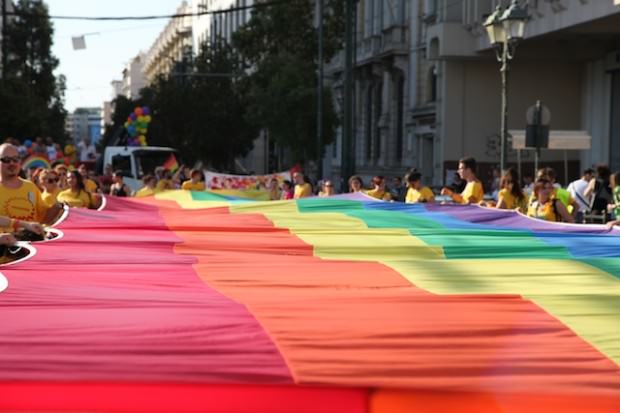 With the main event attracting over 12,000 people in 2012, it is the largest pride event in SE Europe. Regardless of this growth and success, Athens Pride retains it’s grassroots, all volunteer, non-profit character. 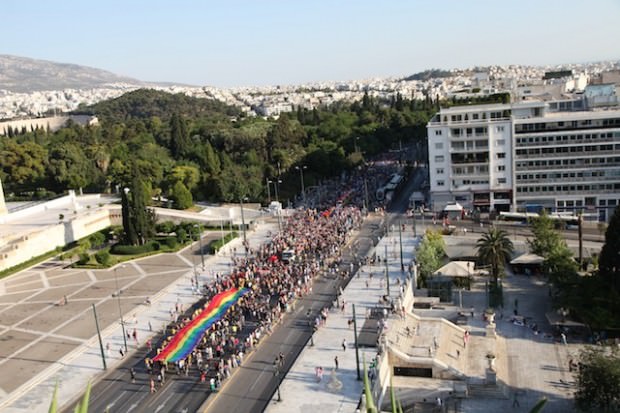 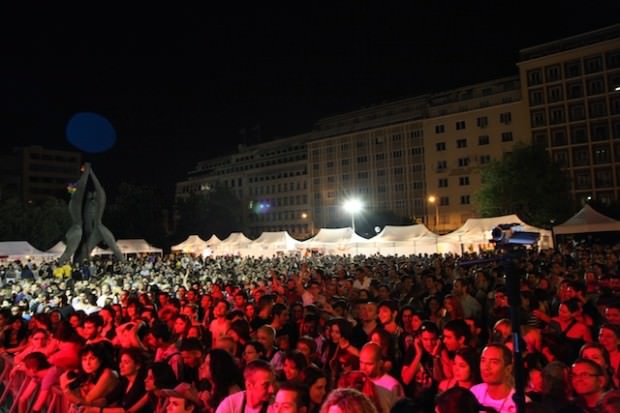 Athens Pride is unlike any other in many ways. One example: For the past 3 years an auction named “Artists for Athens Pride” has provided most of the funding for Athens Pride, enabling it to produce free public cultural and political events that are enjoyed by thousands. This extraordinary display of sensitivity and conscience on the part of artists in Greece and abroad has made Athens Pride unique, as the only Pride in the world to be primarily supported by the visual arts community! This year, Athens will celebrate the 2013 Pride on Saturday 8th June on Klafthmonos Square. 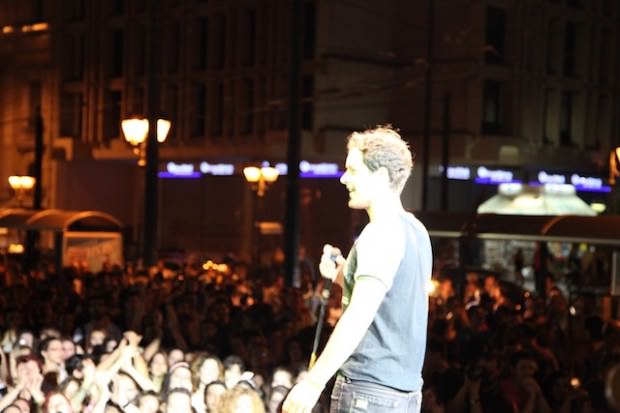 We owe a lot to Athens, the ancient birthplace not just of Western culture, but indeed of gay culture itself. In recent times, the city’s of course been far more in the spotlight as the capital of a not so economically sunny Greece…But while “the crisis” has been brewing for some years now, Athenians have mostly managed to keep their spirits high. They’re far from in denial about the grimness of the situation, and indeed can reflect for hours upon its effects and implications. Yet as descendants of the ancients, they know that ultimately this too shall pass. 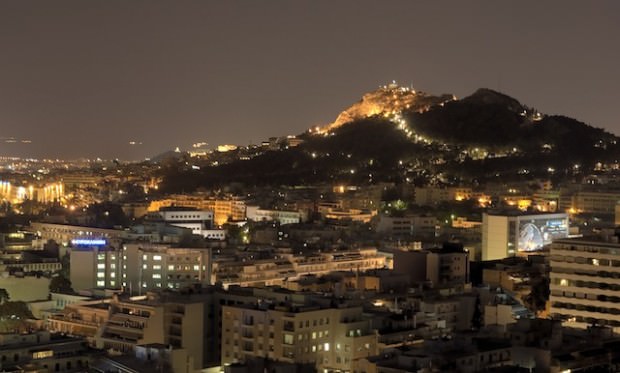 Meanwhile life goes on, and modern gay Athenian culture has managed to not only survive, but thrive. Despite the rough climate, new venues are still opening, and local gays are still flocking to them. Come to Athens, and discover today’s Athens as the great destination it is. But interestingly, this has only allowed Athens’ nascent gay and lesbian scene to strengthen into its own and become ready for prime time. 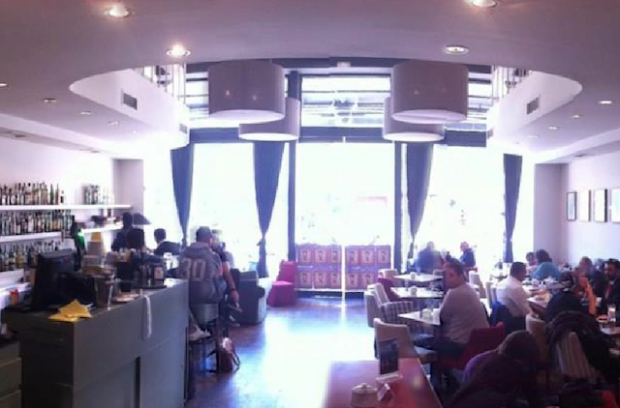 In Athens, gay-friendly places can found mainly in Gazi, Metaxourgeio, Kerameikos, Psiri and Iera Odos districts. Though clustered around the Kolonaki neighborhood up until about a decade ago, much of gay Athens life is now centered at Gazi, a former industrial area on the city’s west side. Gay venues so fill the district that on weekend nights, the streets are literally packed with sexy Greeks heading from one cafe, bar or club to the next — and the next. 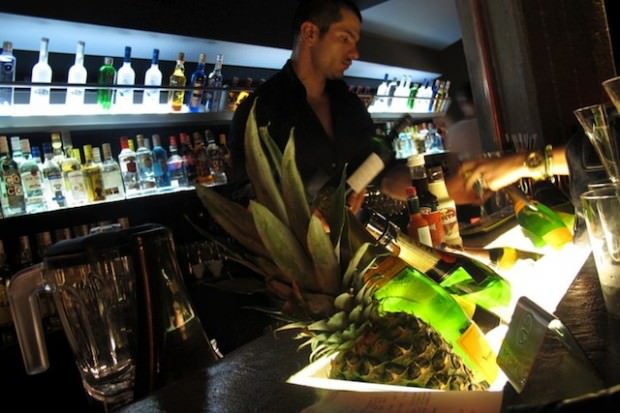 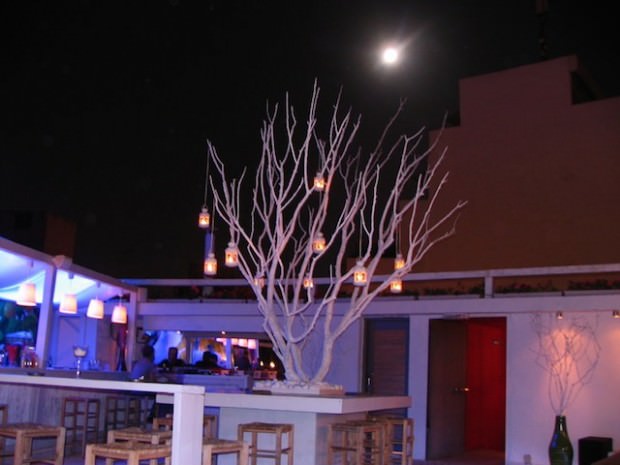 The gay clock starts late in Athens, with nothing ever getting very full before midnight, and with many places not hitting their peaks until about 3am. Bear culture is surprisingly strong here, as is lesbian life but there’s a full range of gay types, and you’ll find that they mix with each other much more freely than in many other cities. 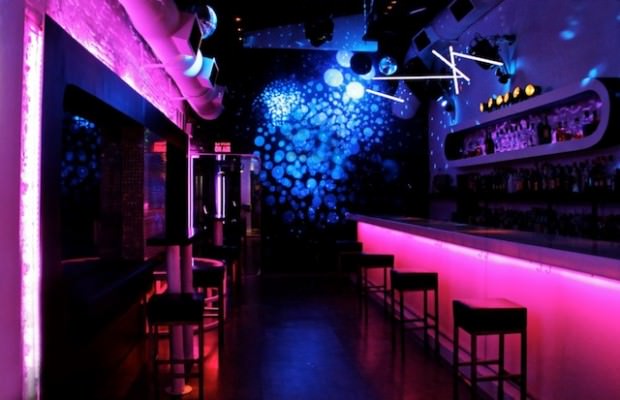 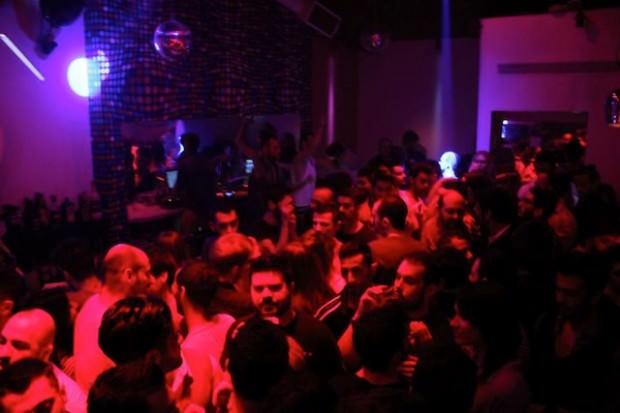 Galleries and unique shops are here too. And the museums are a must to visit. Among European cities, Athens is the oldest one and the one with the longest history. This history is still evident in many of the buildings and monuments of today’s Greek capital. 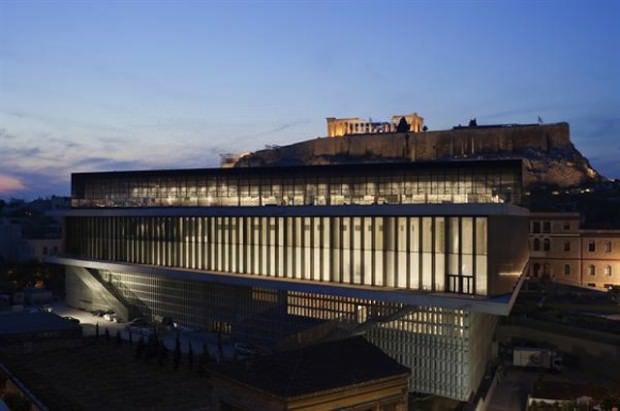 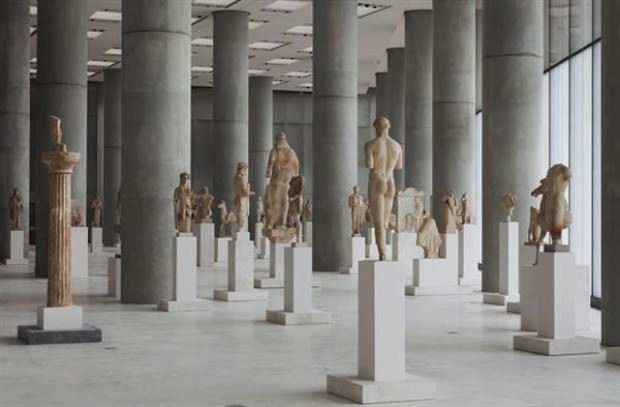 For now at least, Athens may not be an incredible shopping city. But it more than makes up for that with a bonanza of cultural attractions, as well as an exceptional dining scene and sometimes even combinations of the two, wherein you can enjoy a divine Greek meal with the Acropolis as your backdrop. It goes without saying that the array of important museums and sights here (and nearby) is simply staggering and unmatchable. 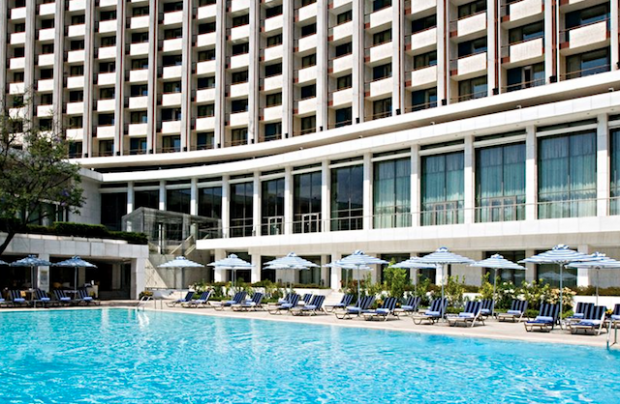 During my last stay in Athens, we stayed at Hilton hotel, a contemporary oasis in the ancient, bustling city. This central Athens hotel is located in the heart of the city’s commercial district, with the prestigious shops and cafés of Kolonaki surrounding.
Wake up to fantastic views of the Acropolis or Mount Lycabettus and make a jump in features the largest hotel outdoor pool in the city centre. Enjoy a leisurely dip in the Hilton Athens hotel’s 25-meter outdoor swimming pool, open from May to September.
Unwind beside palm trees with a cocktail from the stylish bar, enjoy a light alfresco lunch from the Oasis Bar & Grill, or simply enjoy peace!

Athens public transportation system connects the city center with all surrounding areas through a synchronous network combining many lines of metro, train, suburban railways, buses, trolley buses and trams. The capital is connected with other parts of the mainland through a network of railways and coaches.

And if you want to jump in the sea and enjoy the beach, don’t worry Athens has something for you! Not a typical beach as there is no sand, Limanakia B is a series of beautiful rocky coves.
Nearby Limanakia A is far more popular, with a cafe/bar built right inside the rock and a rowdy, party crowd of teenagers and 20-somethings.
To join these beaches, you just have to take the tram to Plateia Glyfadas then bus n°E22 to Limanakia (third stop), once you get off the bus you will see a roadside canteen with outdoor seating on a wooden deck.
This is where you can stock up on snacks and water before descending down to the water and where, after sunning and swimming, you can linger for the sunset. The water is beautiful, and so are some of the visitors… 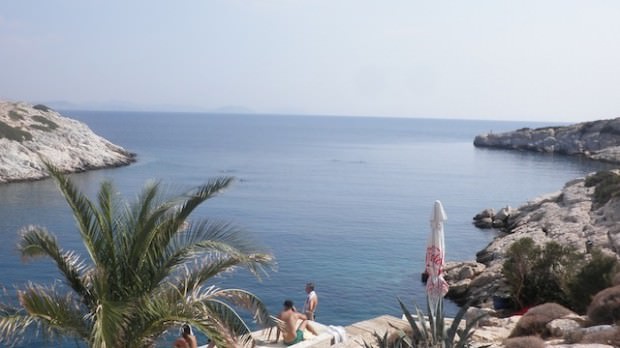 If you’re visiting Athens and feel like an island break but only have one or two days to spare, the Argosaronic offers the perfect opportunity for a rejuvenating getaway. Most of its islands are just a couple of hours away by high-speed hydrofoil, with Aegina close enough to pop over to for lunch and be back by evening.

These four islands – the cosmopolitan Spetses (two hours by hydrofoil), picture-perfect Hydra (90 minutes), pine-clad Poros (one hour) and pleasantly bustling Aegina (40 minutes) – all make invigorating day trips or relaxing weekend breaks. If you do them as a quick side trip from Athens, it makes sense to take a fast boat or hydrofoil rather than the regular ferry: journey times are halved.

So for all Athens’s given us through the millennia, do you owe it to Athens to discover her now, and support her when she could use it the most? Perhaps. But regardless, you certainly owe it to yourself. 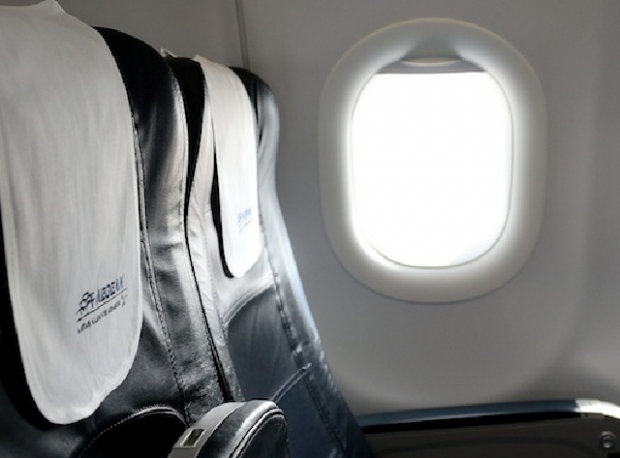 Aegean is pleased to be preferred carrier for the Athens Pride. Star Alliance member since June 2010, Aegean is also the largest Greek airline by total number of passengers carried, by number of destinations served and by fleet size.

Before planning your trip check also VisitGreece, the Official website of the Greek Tourism Organisation. If you are looking for travel inspiration, VisitGreece has everything you need to know:Travel ideas, Events, guides, what to do, where to go in Greece.

While in town, be sure to pick up a free copy of Antivirus, the hip, glossy, and bilingual arbiter of Greek gay culture.