Chinese electronics manufacturer Huawei presented its new Ascend P6 model as the “world’s slimmest smartphone,” during an unveiling event in London on Tuesday.

The Huawei Ascend P6 is 6.18 mm in depth, which is thinner than competitors like the iPhone 5 and Samsung Galaxy S4 (7.6 mm and 7.9 mm, respectively).
This new model is now the flagship smartphone in Huawei’s Ascend P series.

The smartphone features a 1.5GHz quad-core processor and a sleek metallic body. With its 4.7-inch high definition in-cell display, industry-leading 5MP front-facing camera, and outstanding software, the HUAWEI Ascend P6 is the embodiment of elegance with an edge 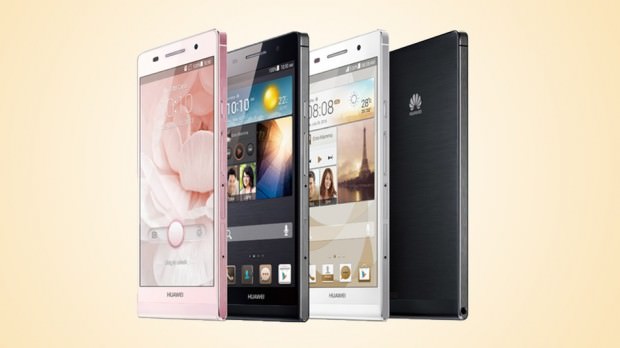 HUAWEI Ascend P6 is ultra slim at 6.18mm and weighs just about 120g. While it is small enough to slip into the tiniest of pockets or clutch bags, the stylish HUAWEI It features a 1.5GHz quad-core processor, Android 4.2.2 operating system, 2000mAh battery, 4.7-inch HD in-cell LCD screen technology.

As the flagship smartphone of the Huawei Ascend P series, the HUAWEI Ascend P6 embodies a cutting edge design for the fashion conscious. The smartphone’s brushed metallic look with a naturally curved base is both elegant and intuitive.

Soon I will share with you my impression of this new desirable mobile phone in a global review after the test.