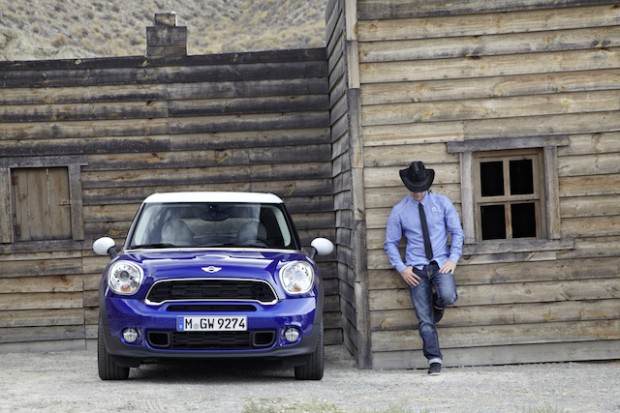 [/wide] What is the Mini Paceman? Essentially a two-door version of the Countryman, MINI’s high-riding, 4-door compact crossover.
As far back as the 1959 original, and then again with BMW’s 2001 remake, Mini has been exploiting unexplored markets. Mini bills the Paceman as the world’s first “Sports Activity Coupé in the premium small and compact segment”.
The 2013 MINI Cooper Paceman is the seventh model in the brand’s lineup and is designed to compete head-on with the Nissan Juke and attract bargain seekers leery of the hefty price of the Range Rover Evoque. 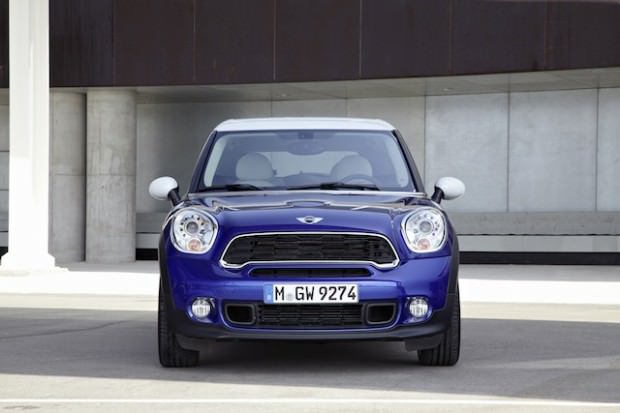 The Paceman share the same platform, the same engines, and the same styling inside and out. However, Mini hasn’t just binned the Countryman’s rear doors to create the Paceman. 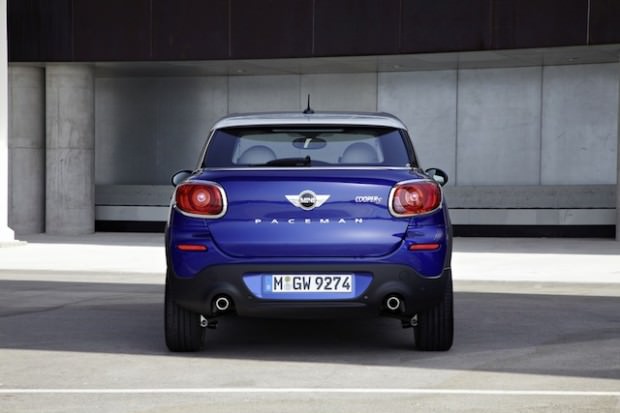 There’s also a reduction in roof height (39mm) and ride height (10mm), one less seat inside (bringing the count down to four) and a smaller boot. At 330 litres, the boot is a decent size for a coupé, but small for an SUV, and there’s a useful false floor under which you can hide all of the clobber that you know you should really be clearing out. 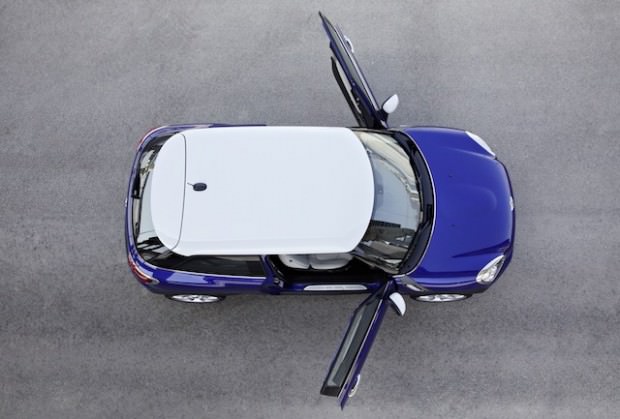 Standard features on the well-equipped base Cooper Paceman include 17-inch alloy wheels, a rear spoiler, height-adjustable front seats, twin rear bucket seats with the Center Rail front/rear divider system, leatherette upholstery, power accessories, a leather-wrapped tilt-telescopic multifunction steering wheel, keyless push-button.
Fit, finish and layout in the Paceman are good, even with the unexpectedly jarring decision to move the window controls from the center console, where they’ve lived in every other MINI, to the door panels. 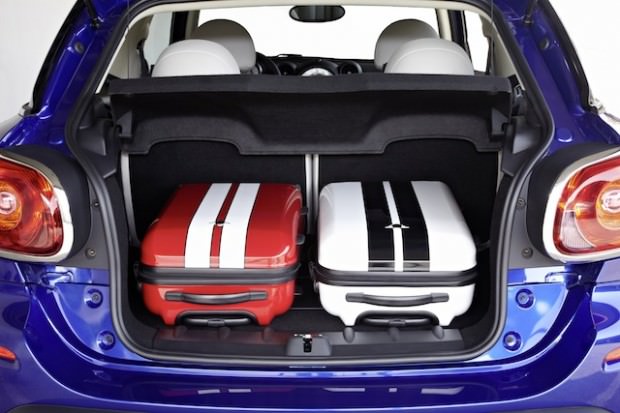 Bluetooth and iPod connectivity are standard on all MINI models. Navigation can be added to MINI Connected if you want, but if you’ve got a smartphone that works with MINI Connected, that means you have access to Google Maps and the like — so you may want to avoid paying extra for MINI’s own maps and directions.

The Paceman’s rear compartment has been engineered to accommodate two full-sized adults, and it does a pretty good job. The Paceman’s relatively tall profile helps here, as it allowed the designers to raise the bottom cushions for better thigh support. The rear seats also slide and recline, further enhancing passenger space. 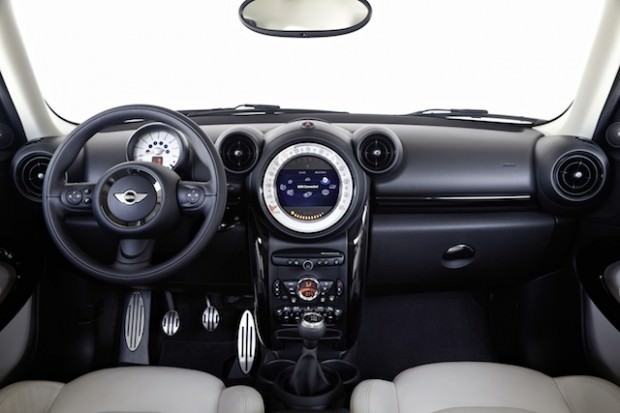 About engines, you have the choice of 4 – four-cylinder engines, two petrol and two diesels’. All are equipped with a six-speed manual gearbox, or the optional six-speed automatic with Steptronic function for manual control.

Two diesel engines are available – the MINI Cooper D Paceman uses a 1.6-litre 112bhp turbocharged engine with a 0-62mph time of 10.8 seconds, a combined fuel economy of 64.2mpg and 115g/km emissions. The flagship diesel is the MINI Cooper SD Paceman, which gets a 2.0-litre 143bhp engine. Its 0-100km/h time is 9.2 seconds and a combined fuel economy is 61.4mpg with an emissions figure of 122g/km. 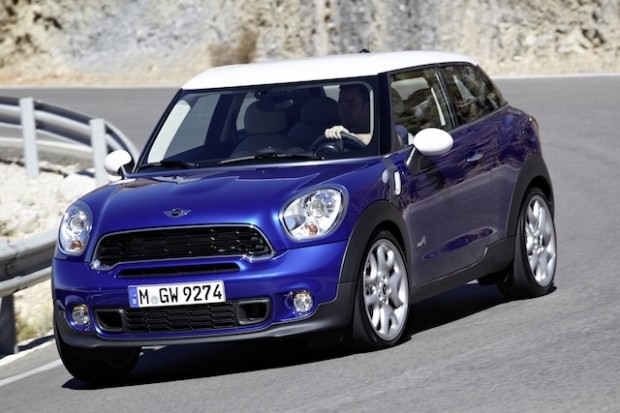 For those seeking the ultimate in MINI performance, the 218bhp John Cooper Works Paceman accelerates from 0-100km/h in 6.9 seconds.

MINI’s trademark go-kart handling is a key part of the Paceman’s appeal, enhanced by the optional all-wheel drive transmission. MINI’s ALL4 system is available on the Cooper D, SD and Cooper S Paceman, models.

All models feature lowered sports suspension as standard although regular suspension and ride height are available as a no-cost option. 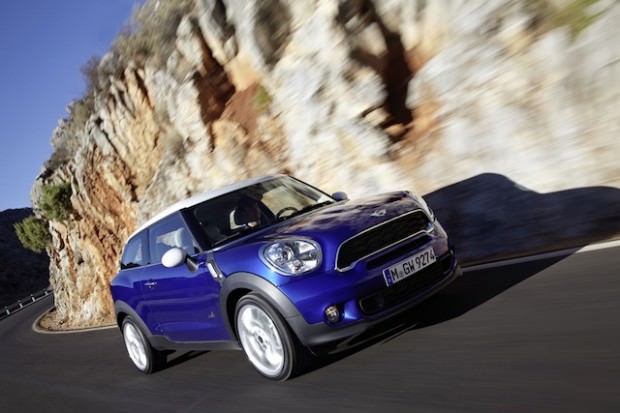 On the road, The Paceman feels like a MINI. It is remarkable for how planted it feels, even when cornering at a healthy clip. The steering is fine and it handles well, if not as go-kart-like as the classic Cooper or Cooper S. 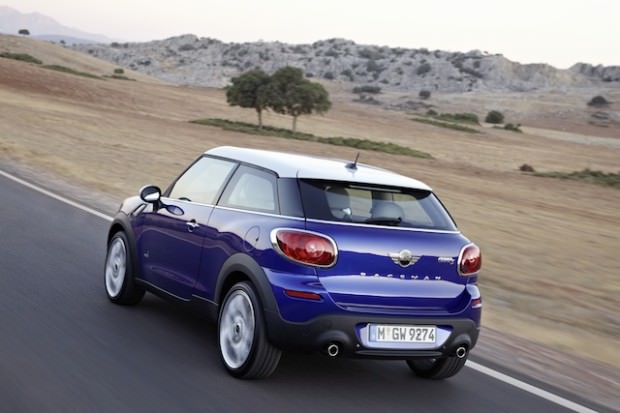 It’s a car you can definitely have some fun in on winding roads. Just don’t forget to turn Sport mode on for enhanced steering and throttle response. 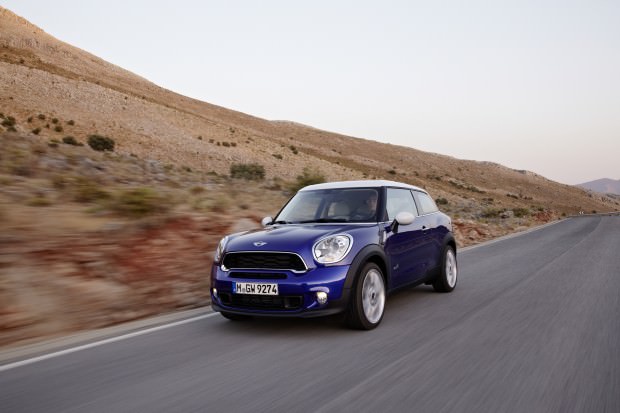 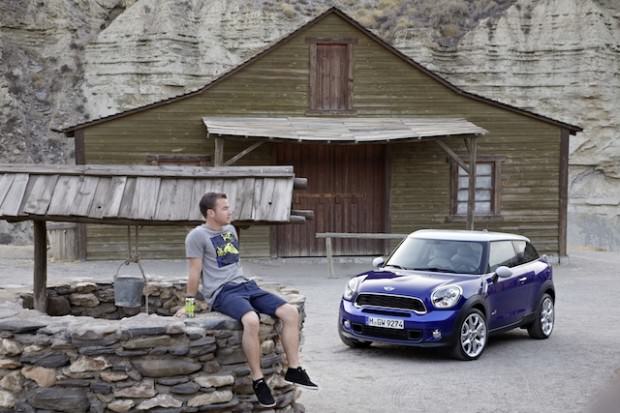 Throw in the Paceman’s inherent MINI goodness, from its trademark fun-to-drive character to its entertainingly enormous center-mounted speedometer, and you’ve got one of the coolest new cars of 2013. Stop by your MINI dealer and give the Paceman a chance.