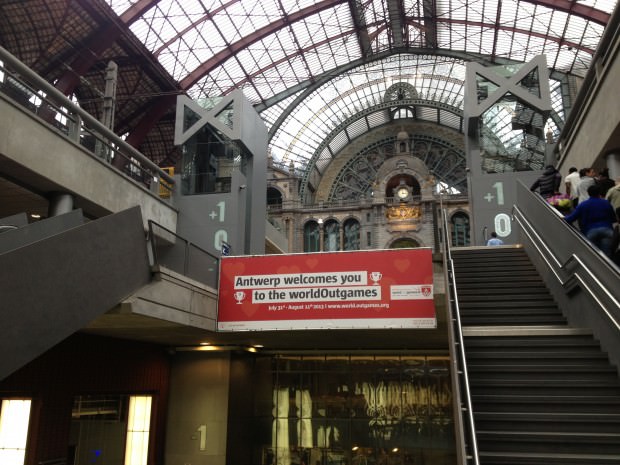 You might not think of Antwerp as being one of Europe’s top gay hot-spots, but the city’s international profile received a boost when the world’s sporty guys descended en masse.

This attraction was the World Outgames – a massive multi-sport competition that takes places every four years and brings together LGBT sportspeople from around the world.

I was in town competing with my water polo team – London Orca. Battling it out with teams from Copenhagen, Amsterdam, Paris, Melbourne, Sydney, Toronto, and of course our hosts Antwerp.

Having been to a few major gay sporting events over the years, let’s take a look at the key features required to make an event like this successful:

Whatever sport you play, deciding to take part in a competition such as the World Outgames is a major investment of your time and money. Participants will usually have made the decision to attend at least 12 months in advance, so getting plans in place and clear communication about what people can look forward to and expect is crucial. This then extends to every aspect of the participant experience.

What was great about the organization in Antwerp that it was generally all fairly straightforward and painless. From the registration in Antwerp’s central train station, we got a strong sense of confidence that this was an event where they had thought through all the details and had an enthusiastic team of volunteers working hard to make it a successful event. 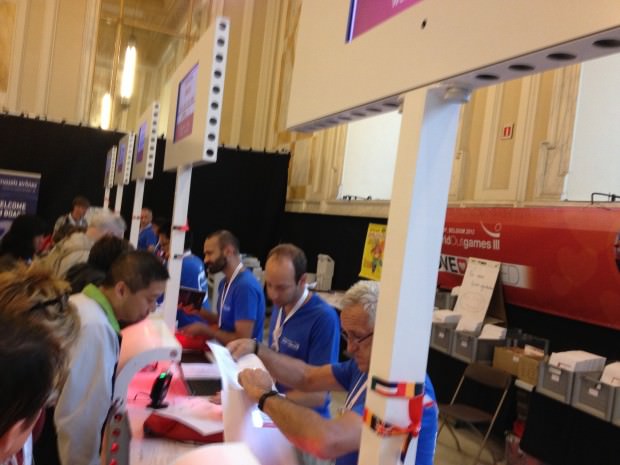 I can’t really speak for any other sports apart from water polo as I was in the water for a solid three days.

The water polo competition was held in the Wezenberg Zwembad pool which was built for the Olympic Games held in Antwerp in 1920. A really impressive venue.

With 13 teams competing in two separate divisions, there was a lot of water polo to get through. Our host club AC Water Polo did a fantastic job in ensuring that everything ran to a tight schedule and the quality of the refereeing and the timing equipment was spot on.

I won’t bore you with the ins and outs of the water polo competition – Melbourne Surge took the gold in the competitive division and the Toronto Triggerfish took the honors in the recreational division. 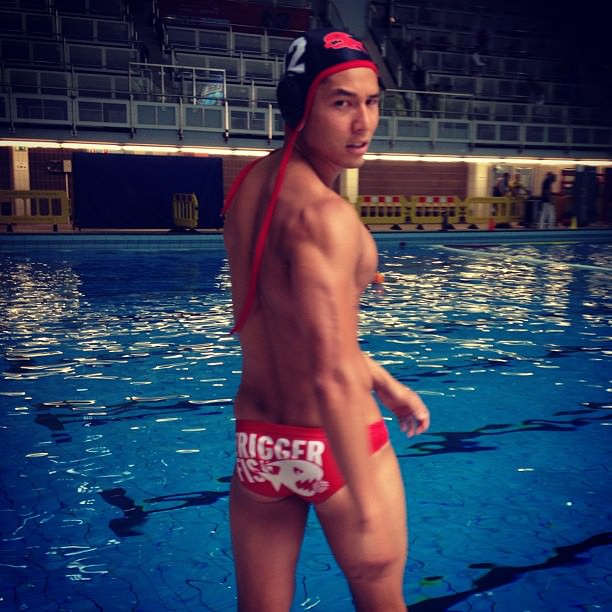 Our first party was the Thursday night pool party hosted by Australian magazine DNA. Held on a purpose-built pontoon in Antwerp’s docks, this was a great event. Heated pools for swimming, lots of hot guys, great music, and booze. It’s a pretty simple recipe really.

Friday night was the traditional water polo tournament underwear party – hosted by the Toronto Triggerfish (reportedly the largest LGBT water polo squad in the world). This isn’t a sexual thing, just a fun and silly way to hang out with your friends and have fun. The way it works is that we all turn up at a bar, the Triggerfish hand out plastic bags and pens, you get undressed, put your clothes in a bag, write your name on it, stash it in a corner somewhere, and you’re good to go. It always takes a little while for the bar staff (and other customers) to get their heads around what’s going on, but usually they’re fine with it and often join in. For this party Bonaparte was the chosen venue. Friday night they normally have a karaoke competition, but they quickly realized that we had limited enthusiasm for karaoke so they switched the soundtrack to crowd-pleasing gay pop and we danced and drank until we couldn’t dance or drink any more. Hot.

Our final night was the ‘Supergays!’ party. Held in a big warehouse in the docks area, sometimes these parties can be a bit hit and miss. This one really worked though – lots of people filled the space, but you could still easily get to a bar and get a drink. The music was great and there were podiums. As Swedish superstar Loreen took to the stage and belted out her hit ‘Euphoria’ it kind of felt like we were in gay heaven. 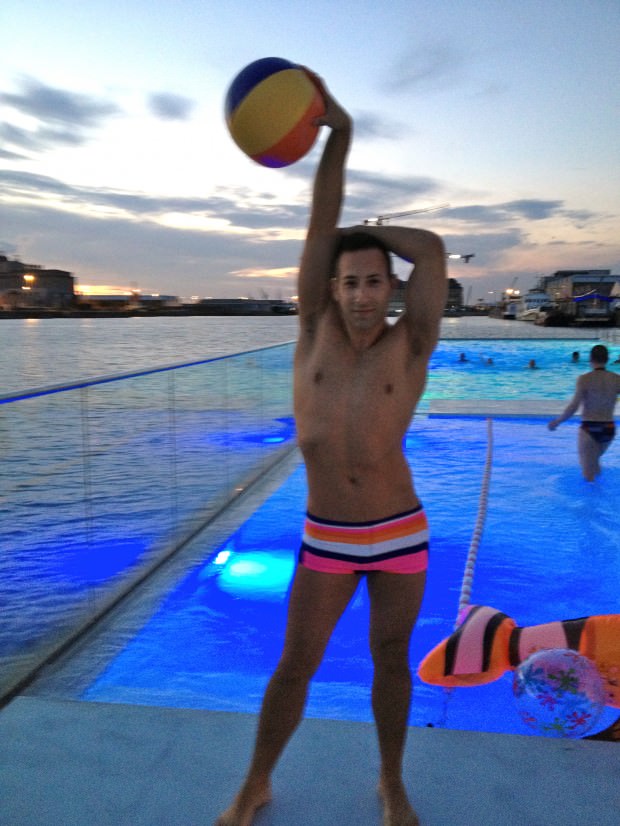 This was my first time in Antwerp and to be honest I had pretty low expectations – it just wasn’t a city that I’d heard much about.

If you’re into architecture the city boasts a fascinating blend of periods and styles. If you’re into culture then you’ll know that this is an important city in the career of painter Rubens – the house where he lived is worth a visit. If you’re into going out then there’s a host of options – my favorites were Meat & Eat for dinner and then drinks at stylish Vitrin.

I liked the people of Antwerp too – everyone we met was kind of cool, attractive and interesting. It’s the sort of city that’s interesting to visit but you could also imagine living there.

The sporty gays were well impressed with Antwerp.

Getting there:
I traveled from London to Antwerp on Eurostar

Accommodation:
I stayed at the Hotel Leopold