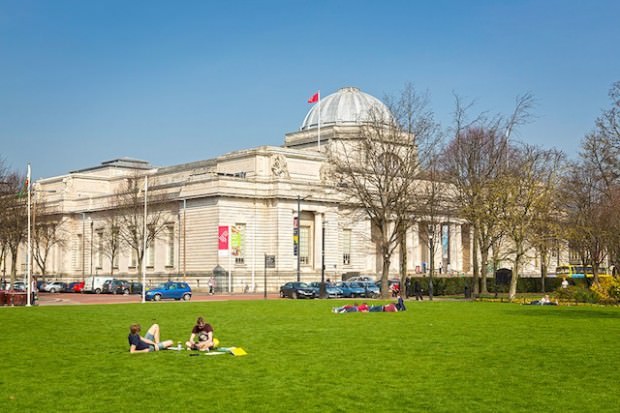 You probably don’t associate Cardiff as a destination for art lovers.

The capital of Wales in the United Kingdom has traditionally been an industrial hub – the port through which Welsh coal was shipped around the world – and the spiritual home of the sport of rugby.

Cardiff has a lot to offer as a city-break whatever your interests, but on this trip I delved into a bit of art history.

The National Museum in Cardiff contains a pretty spectacular collection of works from the Impressionist school. 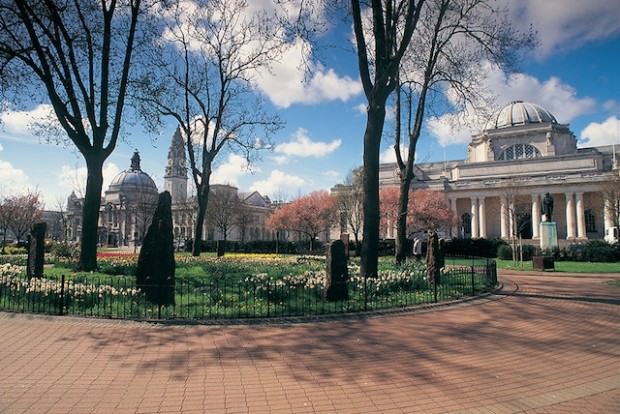 In France in 1874 a group of young painters led by Renoir, Monet, and Pissarro rebelled against the Paris art establishment and presented an independent exhibition. They become known as ‘The Impressionists’ and inspired a new freedom of expression and interpretation of the world around them.

The collection now held by Cardiff’s National Museum was assembled by two sisters – Gwendoline and Margaret Davies. Born in the 1880s, the Gwendoline and Margaret were the granddaughters of David Davies who made his fortune during the industrial revolution – building much of the railway system in Wales and developing the coal industry.

The Davies sisters believed that it was their Christian duty to use their wealth for the public good. They travelled widely in Europe and developed a deep love of the visual arts and music. Both sisters served with the French Red Cross during the First World War.

The sisters championed social, economic, educational and cultural initiatives in Wales, but it is their art collection that they are best remembered for. Together they bequeathed 260 works to the National Museum of Wales in the 1950s and 1960s – delivering the museum a world-class collection.

Sitting next to the impressive Cardiff City Hall, the National Museum building is imposing and stately. The museum offers a mixed bag of natural history, social history, and art collections from various eras. The Impressionist and Post-Impressionist collection donated by the Davies sisters is housed in a dedicated wing to showcase the exciting works on display. 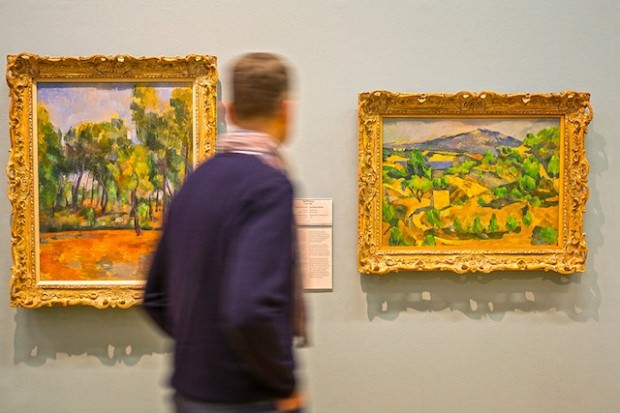 Possibly the most famous piece is Renoir’s La Parisienne from 1874. This is also known as The Blue Lady and it was exhibited at The Impressionists’ controversial first exhibition in 1874. It was purchased in 1913 by Gwendoline Davies for the enormous price of GBP£5,000 (€5,850). The vibrant blue of the mode’s dress still dominates the room and stops you in your steps.

Monet is also well represented, with three of his Waterlilies series as well as a couple of pieces from his time in London – including Charing Cross Bridge (1902) and The Thames at London (1871) which was painted while he was in exile from the Franco-Prussian war.

There’s a number of sculptures from Rodin – I particularly liked The Earth and Moon created from marble in 1900, its raw and almost unfinished nude figures emerging from the stone.
There’s a nice dose of crazy with Van Gogh’s Rain At Auvers (1890), plus it’s always great to see work by Cézanne. The collection has two pieces – Provençal Landscape from 1887 and The Francois Zola Dam from 1879 – the intricate composition is considered of Cézanne’s greatest landscapes.

Cardiff is full of surprises.