When was the last time that you saw the president of your company standing in a suit and a red tie on top of a truck suspended by it’s own hook? The president of Volvo Trucks does just that in his new film – and he turns out to be a spectacular stuntman.

I bet you remember Volvo Trucks’ YouTube hit “The Ballerina Stunt”. In a gravity defying stunt, Faith Dickey – world record holder in highlining – slacklines between two trucks at full speed. Well, it looks like that film was just the beginning of a series of breathtaking endeavors.

Volvo Trucks has just launched another daring film titled “The Hook”. This original film features Volvo Truck’s president Claes Nilsson standing on top of a truck that is suspended more than 20m high on it’s own towing hook! I think this is a clever (and of course entertaining) way to prove this truck model’s extraordinary strength and resistance. 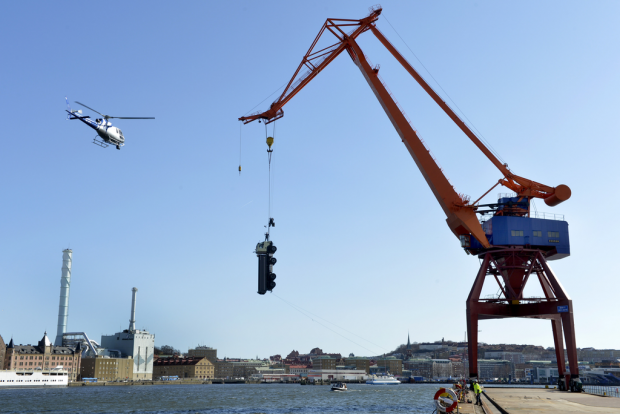 Claes Nilsson admitted to be wary of heights, but a promise is a promise, he says: “This is just the beginning. I can assure you you’re going to see things that nobody in the truck world has ever done before”. Volvo Trucks launched four new truck models since September 2012 and each one will undergo spectacular testing.

The Hook is just the beginning of a series of extreme tests on the new Volvo Trucks, which I am sure will not be disappointing. I must confess that I am a fan of Volvo Trucks avant garde advertising. If these trucks are as good as they seem, it looks like we’ve got a winning stallion on the market. Make sure to stay tuned for more incredible stunts this autumn. 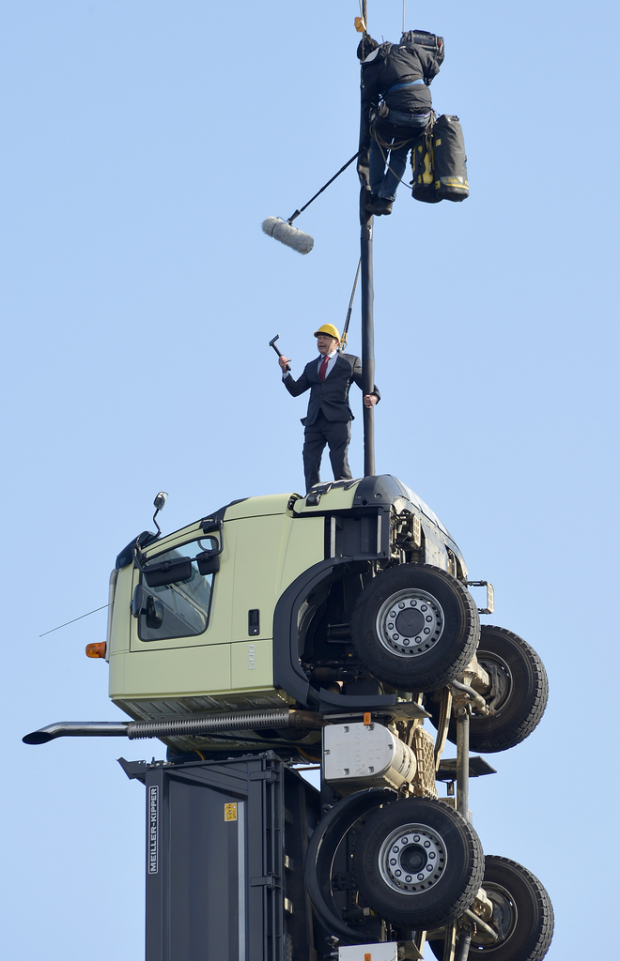