In this daring experiment designed to demonstrate Volvo's dynamic steering, there is a four-legged hero - Charlie the hamster. A hamster?

As a continuation to Volvo Trucks last two breathtaking videos, The Hook and The Ballerina Stunt, we are once again surprised with their new film – The Hamster Stunt.

In The Ballerina Stunt, we witnessed Faith Dickey slacklining between two trucks at full speed. This viral hit had millions of views on YouTube – and not surprisingly. There were no special effects, just an incredibly sure-footed woman walking a slackline between two speeding trucks.

Then came The Hook, in which Volvo Trucks president Claes Nilsson put his own life on the line. Even though he admitted to be wary of heights, he bravely stood on top of a truck that was suspended 20m high by it’s own hook.

I was eagerly waiting for Volvo Trucks new video, and The Hamster Stunt hasn’t failed to surprise me. In this new and bizarre experiment designed to demonstrate Volvo’s dynamic steering, there is a four-legged hero – Charlie the hamster. A hamster? Yes. The truck driver is a hamster guided by a carrot and he steers a 15-tonne Volvo FMX construction truck up a steep Spanish quarry. Once again, Volvo Trucks have taken things to a completely new level. 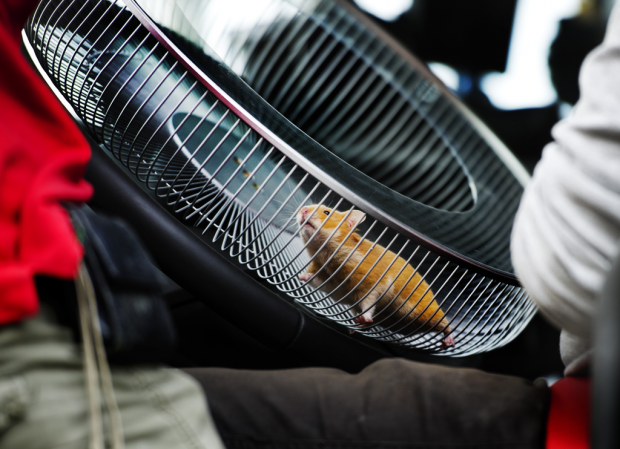 The president of Volvo Trucks explained why they chose a hamster for this new test: “In this film we want to test our new technology that makes the truck so light and easy to manoeuvre that it can be done by a hamster.” 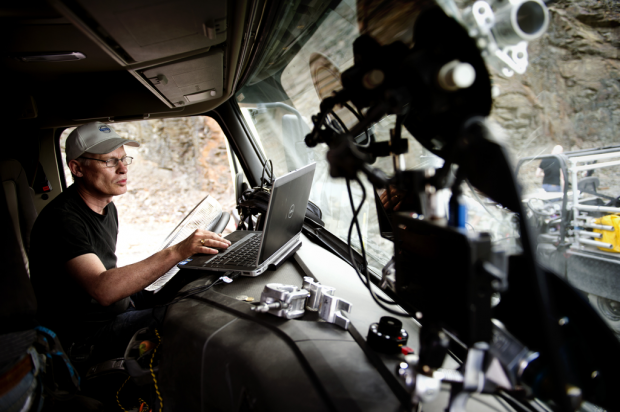 The good news is that Claes Nilsson promises more videos this autumn featuring tests in unusual conditions. And when he uses the word ‘unusual’, you can be sure that he means it. Stay tuned for more incredible experiments in the near future. 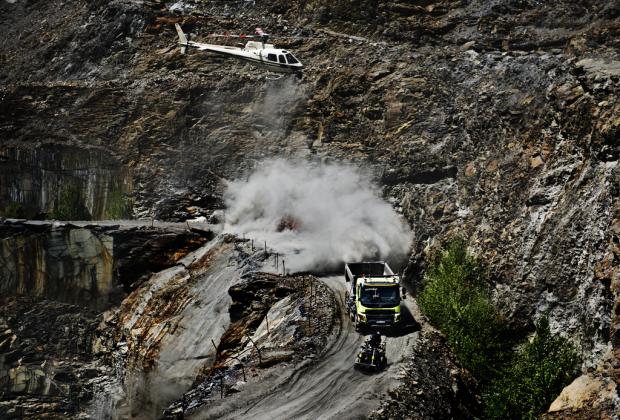