[wide][/wide] Britney’s back…again. She just unveiled her new Ben Mor directed music video for her new track “Work Bitch.”
Joined by her scantily-clad dancers, the 31-year-old singer is seen hitting several different locations that include a desert and what looks like a night club. The video also gives glimpses at Spears standing in the middle of a pool with sharks swimming around her.

Produced by will.i.am, “Work B**ch” is the first cut off Spears’ yet-to-be-titled new album, which is expected to drop on December 3. 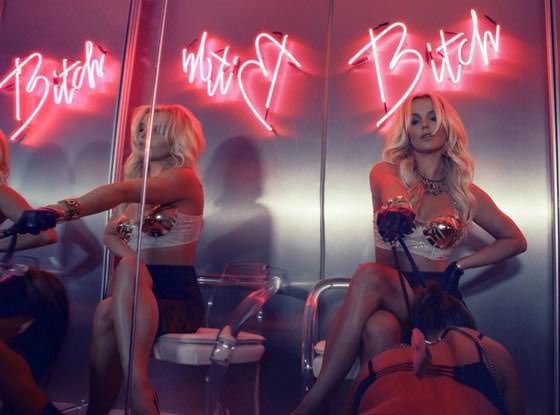 After fifteen years since “Baby One More Time” has been released, not much has changed at all!