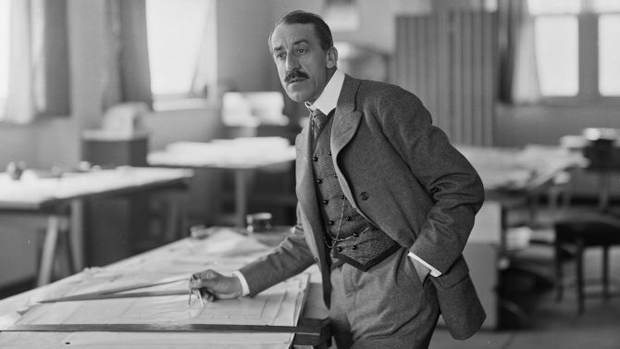 Royal Museums of Art and History pay tribute to Henry van de Velde (1863-1957) and host a large-scale retrospective exhibition to present the extensive and varied oeuvre of this great designer, architect, art educator and artistic adviser.
This retrospective also marks the 150th anniversary of his birth. After having been run at the Neues Museum in Weimar, land of his 1st successes, earlier in 2013, this Belgian leg of the exhibition has been somewhat revamped and will feature certain Belgian highlights and exclusivities.
463 works of art: paintings, pieces of furniture, silverware, jewellery, ceramics, book bindings, architectural designs, other articles of use, photographs and scale models, all serving to showcase van de Velde’s versatility and unceasing creative flow seen through the various disciplines in which he excelled.
Not only was he a brilliant Art Nouveau artist, but, in his striving to achieve functional beauty for everyone, also a trail-blazer in respect of modern living, design and present-day art education.

The exhibition
Henry van de Velde was undoubtly one of the most impressive artists of the 20th century. From painting, he progressed to the decorative arts, practiced architecture and brought about an important development in art instruction. Known as well as spiritual father of the legendary Bauhaus his leading part in the history of design is unquestioned.
The extremely comprehensive memoires he left allowed researchers to reconstruct his life and put under a magnifying lens his amazingly creative process and exceptional artistic versatility underlying his art works.
The life and work of Henry van de Velde are here chronologically illustrated leading the path to a thorough understanding of the intellectual and artistic context in which he revolved.
Henry van de Velde’s artistic career began in Belgium during the latter part of the 19th Century before being marked by unceasing travelling between his homeland, Germany, The Netherlands and Switzerland.
This exhibition focuses on the four most important stages of his life

Final decade of the 19th century proved crucial for Van de Velde’s artistic life as he progressed from painting to a prominent position in the decorative arts sphere. Paintings and drawings will enable the visitor to follow the artistic path trodden by Van de Velde during those years underlining the evolution from impressionism to pointillism and his obsessive preoccupation for the pure line, awoken by his discovery of the work of Vincent van Gogh with the artist group known as Les XX (Les Vingt).
This part of the exhibition also focuses on Van de Velde’s own residence ‘Bloemenwerf’, worthy example of Total Art work designed by him and which he and his family moved into in 1896. The reconstitution of his authentic entire dining-room furnishings neighbours works by some of his acquaintance-artists from his own collection among which: Henri de Toulouse-Lautrec, Théo Van Rysselberghe, William Finch, Paul Gauguin and Auguste Delaherche. 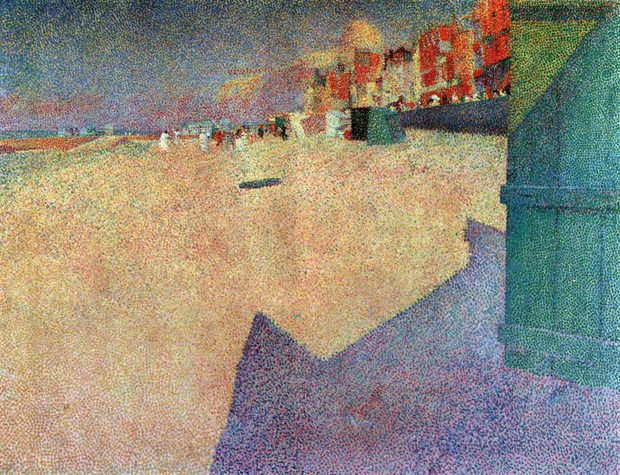 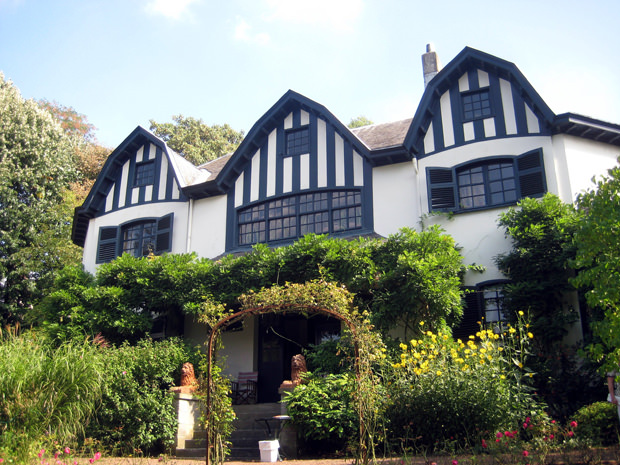 Van de Velde’s Art Nouveau creations knew success in Germany before 1900. His participation as quoted guest in various art exhibitions such as Müncher Secession 1899 broadly contributed to his success. It came thus as no surprise that an increasing number of commissions prompted him to move with his family to Berlin. The eye-catcher of his creative period in the German capital is an interior element – a dressing-table and stool – from the former and now destroyed hairdressing saloon of François Haby, designed entirely by Van de Velde and which came as surprise by giving water pipes a decorative function – a typical example of the aim to achieve symbiosis between ornament and function.
From his years in Weimar will be major design commissions for interiors and objects, such as the famous porcelain dinner service, and great attention will also be paid to the art school that he built up there at the behest of the archduke. In the exhibition, Van de Velde’s work will be juxtaposed with creations by his pupils

The Dutch period is represented by Van de Velde’s work for the Kröller-Müller family of art collectors and his designs for the museum in Otterloo.

Van de Velde’s second Belgian period was marked by the establishment of the La Cambre school – the Belgian Bauhaus – whereby he successfully introduced into Belgium his system of instruction from Weimar. The fine photographs taken by Willy Kessels of the various ateliers, as well as the work of pupils, will make this important development clear.
Second highlight is probably that entire Belgian railway-carriage compartment will also be on display, illustrating the key role Van de Velde played as artistic adviser to the Belgian Railways.
This section also outlines his contribution as architect for the pavilions for both International Exhibitions in Paris (1937) and New York (1939), and on his work for the Ghent State University – the renowned Book Tower and as an Interior architect as the Cinquantenaire Museum also proudly display for the very 1st time, the bureau ensemble that Van de Velde designed in 1935 for King Leopold III. 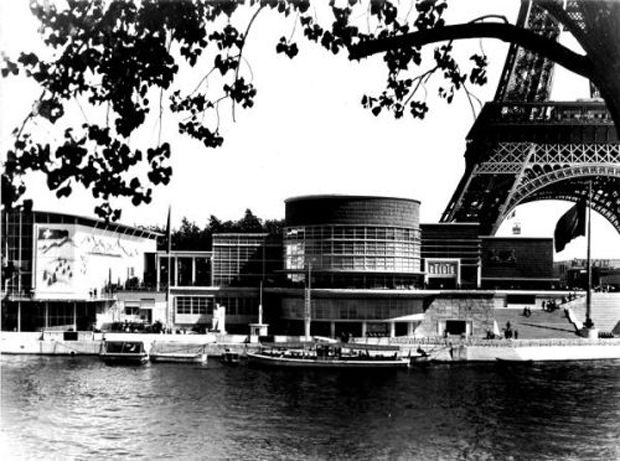 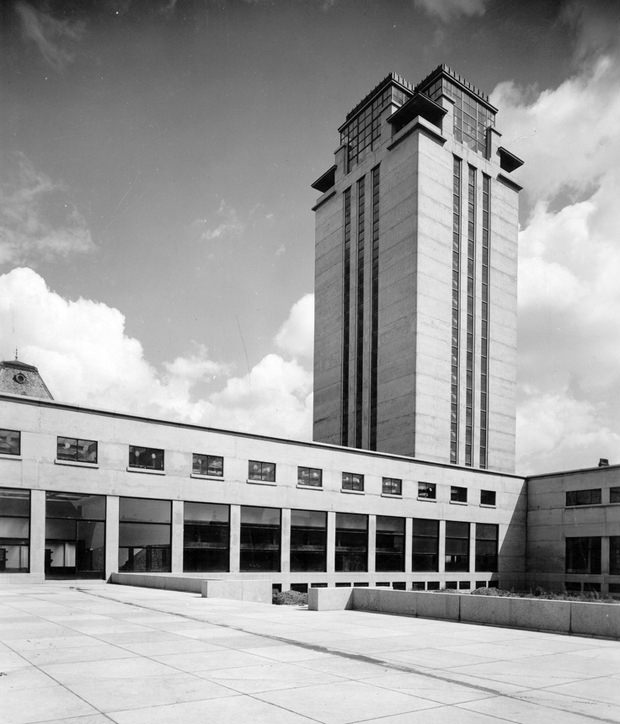 The architect
Henry van de Velde lived in four houses that he designed himself: Bloemenwerf (Ukkel, 1895), Hohe Papeln (Weimar, 1907), De Tent (Wassenaar, 1920-21) and La Nouvelle Maison(Tervuren, 1927-28), each of them being here represented by scale models as starting-point to illustrate his architectonic work, using original plans and photographs.
Masterpieces
Among more than five hundred items of art, perfect combination of functionality and beauty, some are absolute iconic masterpieces.
Between 1894 and 1900, The Cinquantenaire museum bought a considerable number of items for its Modern Decorative Art section among which some designed by Henry van de Velde himself.
Throning in the beginning of the exhibition are those 2 six-branched silvered bronze candelabras (1898-1899) acquired by the museum in 1900.Van de Velde achieved here a sublime translation of his concept of functional beauty and the power of the abstract line. Two years were necessary to design and execute them. One of them was displayed at the 1899 exhibition of the Munich Secession, and both of them a year later at the exhibition of La Libre Esthétique.
But have a glance for this exquisite ring, a subtle and aesthetic alliage of yellow, red and white gold, diamonds and pearls. Designed ca 1899 by van de Velde and purchased by the museum in 2006, this rarity delicately represents Van de Velde’s confidential and almost unknown jewellery production. 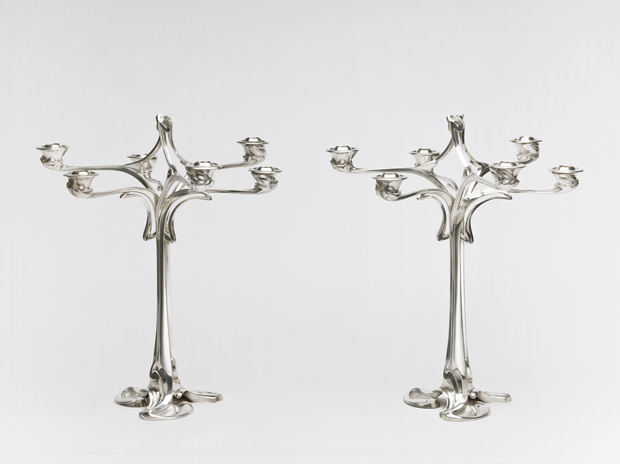 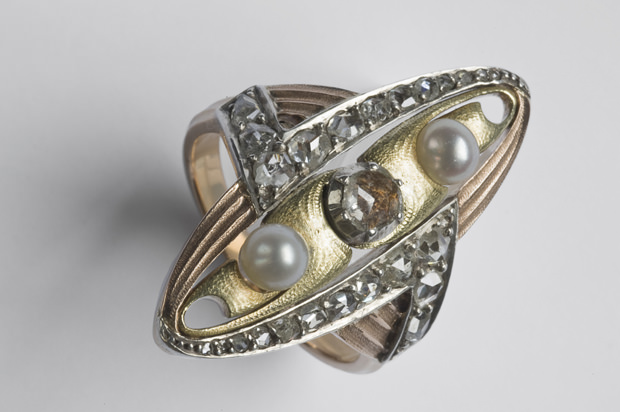 The line
While attention to the line was already latent in his paintings and, during the early 1890s,he used it as the stylistic reference of all his work in the years after.Transformed into abstract, the line dynamized all graphic ornamentation wherever you can find it : pattern of a fabric or a wallpaper, facade of a house, pieces of furniture, illustration,… Lines move within space, essentially underpin the creation in a constant and consistent relationship with each other as such numbers and musical notes.
Ultimately, Van de Velde succeeded in conveying this typically dynamic structure in 3D.
With the purity of line echoing the pattern of movement, he achieved a perfect symbiosis between function and ornament. From the moment he mastered this theoretical system, the impassioned Van de Velde applied it to virtually everything he created, so that the essence of his decorative objects and architecture from the Art Nouveau period is embodied in the linear thrust and the three dimensionality of the line.
Info :