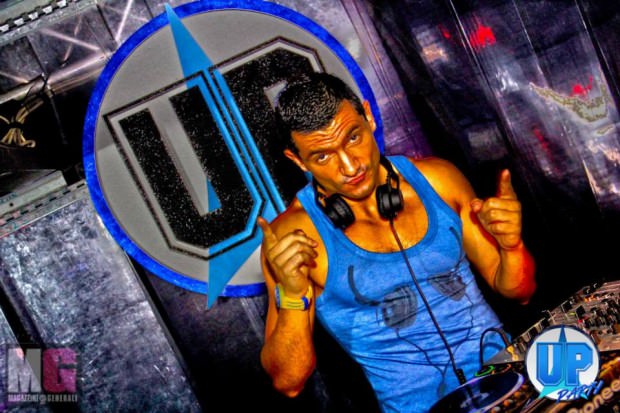 [/wide]Up and coming DJ and Producer in the panorama of Italian and international gay house, Daniele D’Alessandro is living in Milan. He has been resident dj & promoter of Hero Club in the past. Since March 2013 he’s now resident at the Farm Milano and Up party (best gay house parties in Milan). He plays once a month at Le Belgica (great house bar in Brussels). Daniele played also at Belgian Pride official party in Brussels and he will play for the first time at La DEMENCE for Easter weekend. He has been spinning already at several big events and parties in New York, Barcelona, Munich, Tel Aviv and all around Italy.

His interest in music, originality, and passion allow him to create a strong symbiosis with the public, which leads to many positive critiques. His sound has been defined as ‘original, sophisticated, full of energy’ or even a ‘DIRTY SOUND’. The sound of D’Alessandro makes you want to dance and lets you be carried along by the magic and the emotion of the sound’s rhythms in his compositions. Since few months, he’s working hard in the studio. His first original track “Dirty Piano” has been released last 7th February on Guareber Recordings label and will be followed by a new release next March on Sorry Shoes. Stay tuned!

Each time, D’Alessandro got the console he has accomplished his mission of making his fans go totally wild on the dance-floor.
https://soundcloud.com/danieledalessandrodj