For around 1,000 years Kyoto was the capital of Japan and the centre of power and influence within the country.

The city’s treasures have survived countless wars and fires – it was even spared the devastation of air raids during World War II due to its recognized historic value.

Here’s a quick round of some of the best temples and shrines that can be found in Kyoto. 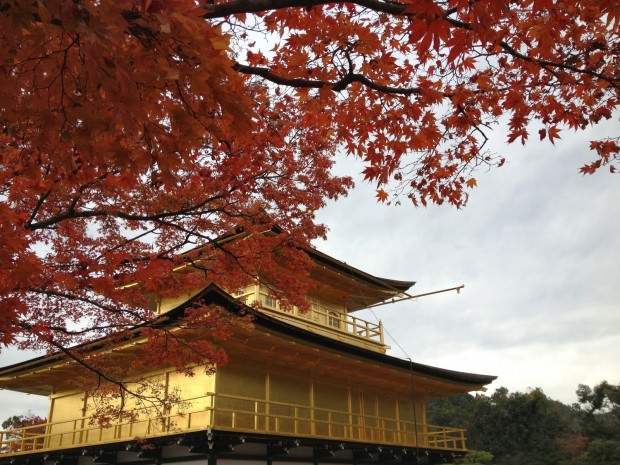 Known as the Golden Pavilion, this a Zen temple in the north of the city. What makes this temple striking is that the top two floors of the main pavilion building are completely covered in gold leaf.

It is an impressive structure, overlooking a large, peaceful pond.

The temple has been destroyed and rebuilt a number of times – most recently in 1950 when it set on fire by a monk. The present structure was rebuilt in 1955.

Kinkakuji’s garden design means that it is a relatively static view – there is no major change in the garden through the different seasons. It is a bit of a treat to see it in winter when it is occasionally dusted with a light covering of snow.

The is a popular point of interest and gets busy with busloads of tourists. The local advice is to get there before the temple opens. At nine o’clock in the morning, the monks will ring the morning bell and open the gates to the public – if you’re quick you’ll get a chance to appreciate the beauty of the temple before being jostled along by the impatient crowds. 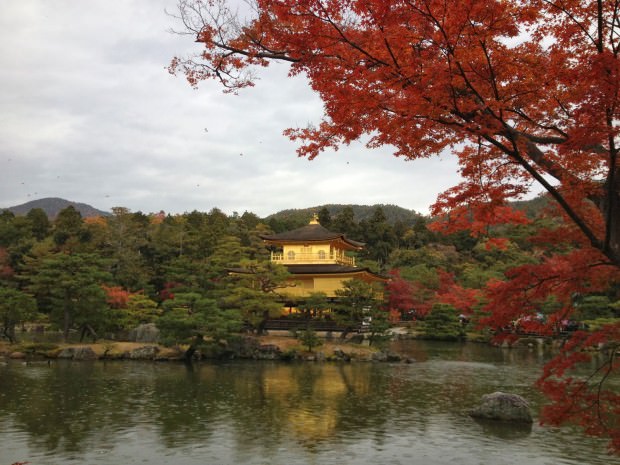 This is the Silver Pavilion – this is also a Zen temple and was built to echo the Golden Pavilion on the other side of town.

The Silver Pavilion is not actually silver – there doesn’t seem to be any real consensus on where the name came from, although the the grounds do include a dry sand garden known as the ‘Sea of Silver Sand’.

The grounds of Ginkakuji are beautiful, with clever use of water and a moss garden, as well as affording views out across the city of Kyoto. 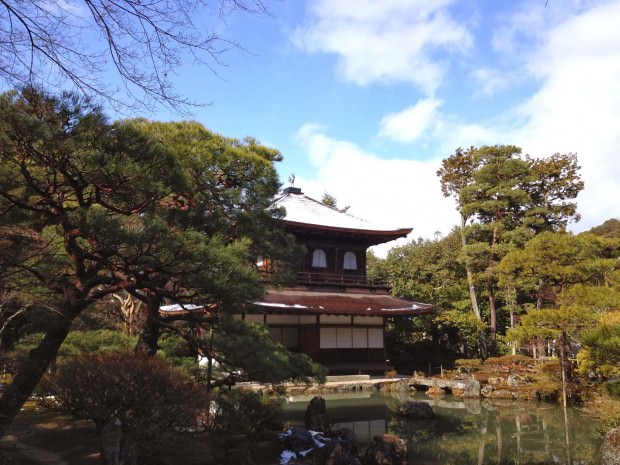 Ry?an-ji temple has the most exquisite zen garden. The temple dates back to the 11th century, and the karesansui (dry landscape) rock garden is believed to have been constructed in the late 15th century.

It is a delicately balanced combination of stones and white gravel, carefully raked each day by the resident monks.

There are various theories on what the garden is meant to symbolize, but the most common understanding is the garden is simply a composition whose function is to facilitate meditation – the cornerstone of a zen lifestyle. 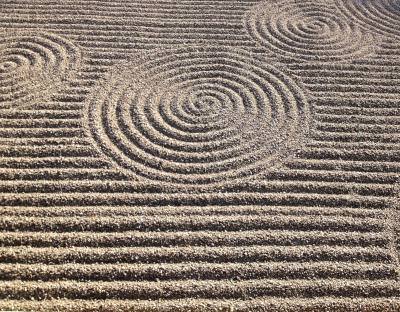 Fushimi Inari is a Shinto shrine in the south of the city. Dating from around 800AD, it is famous for its thousands of bright red (or more specifically vermilion) torii gates that create tunnels along the network of trails on Mount Inari.

Inari is the Shinto god of rice and Inari’s messengers are a fox-like creature, so there are a lot of fox statues throughout the temple.

The hike to the mountain’s summit and back takes about two hours. 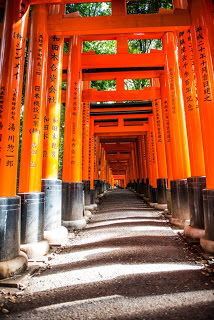 Constructed on an impressive wooden stage high on a hillside, the temple is also surrounded by cherry and maple trees which means that it spectacular in both Spring and Autumn.

Evening illuminations in both Spring and Autumn are popular and worth seeing.

The temple is approached along the steep and busy lanes of the Higashiyama district – lots of shops and street food stalls which have been catering to the pilgrims and tourists for centuries. 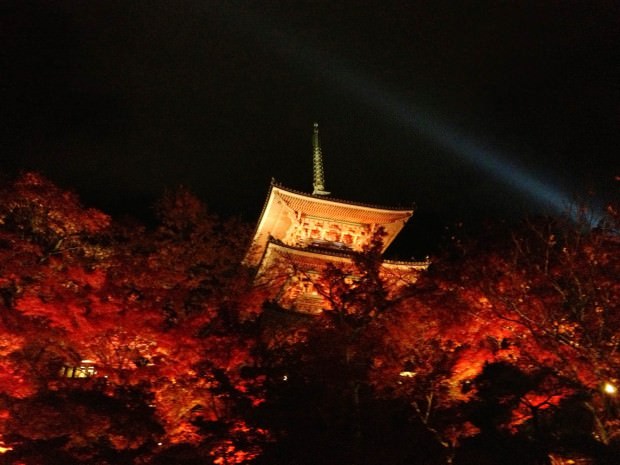