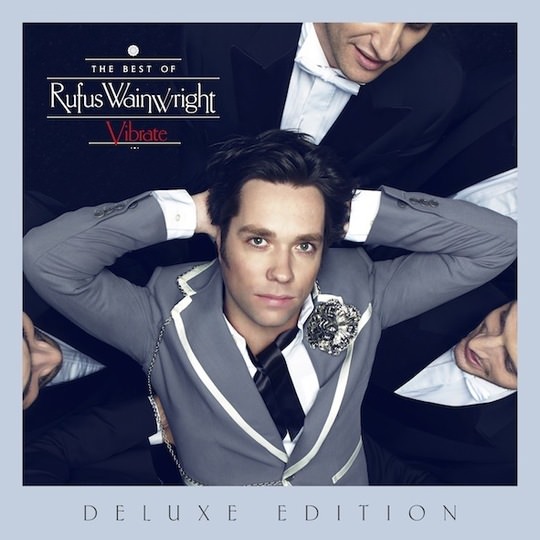 After seven studio albums and a number of live recordings, you might think an introduction to Rufus Wainwright would be unnecessary, but that’s exactly what you get on Vibrate: The Best Of Rufus Wainwright.
From the 1998 release of his debut album to ‘Out of the Game’ in 2012, Rufus Wainwright has played it his way, refusing to be categorised while establishing himself as one of contemporary music’s very best songwriters, singers and performers.

This deluxe album includs his ‘Hallelujah’ cover version, ‘The Art Teacher’, ‘Going To Town’ and ‘Cigarettes And Chocolate Milk’ and many more.
Wainwright has also co-written a bonus track with Guy Chambers called ‘Me And Liza’ to feature on the album. On top of all that there will be a 16 track bonus disc of live recordings of his best known as well as previously unreleased tracks recorded at Kenwood House in 2010.
For those already familiar with his impressive body of work, this collection will delight. For everyone else, ‘Vibrate: The Best of Rufus Wainwright’ serves as a solid gold introduction.

With the release of Vibrate: The Best Of Rufus Wainwright, the artist began today his European and UK tour by Dublin, Ireland. Twenty three dates in all, this tour will see Rufus visit 20 countries during March and April. 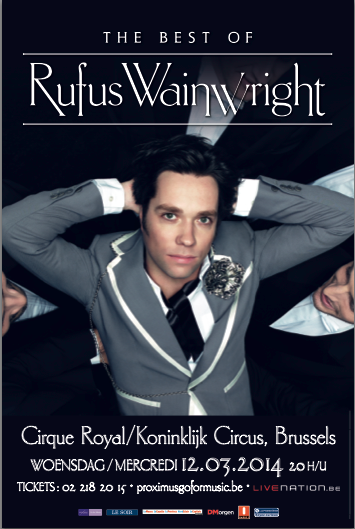 Rufus will stop in Brussels for one date on March 12th at Cirque Royal, one of the best venue in the capital of Europe. Don’t miss it and buy your ticket here.