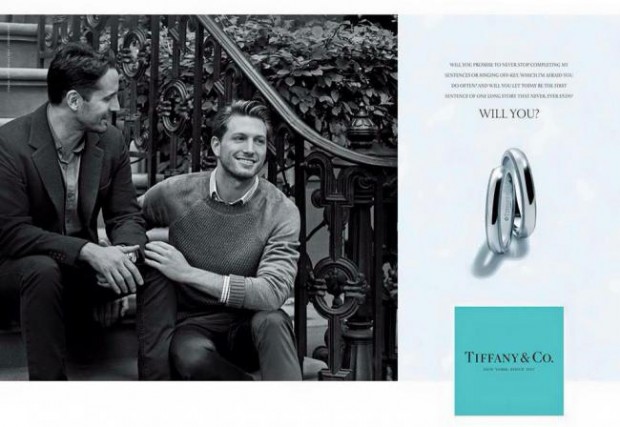 [/wide]For the first time, Tiffany & Co. is featuring a gay couple in one of their advertisements. In fact, the two men shown in their latest engagement campaign are a real-life New York city couple. How even more romantic is that?

“Nowadays, the road to marriage is no longer linear, and true love can happen more than once with love stories coming in a variety of forms,” said Linda Buckley, Tiffany & Co. VP of North American PR, in a statement to ELLE.com. “The Tiffany engagement ring is the first sentence of the story that a couple will write together as they create a life that is deeply intimate and exceptional, which is the message we hope to convey through this campaign.”

Ever since Audrey Hepburn starred in Breakfast at Tiffany’s, the luxury jewelry retailer has been beloved by gays.