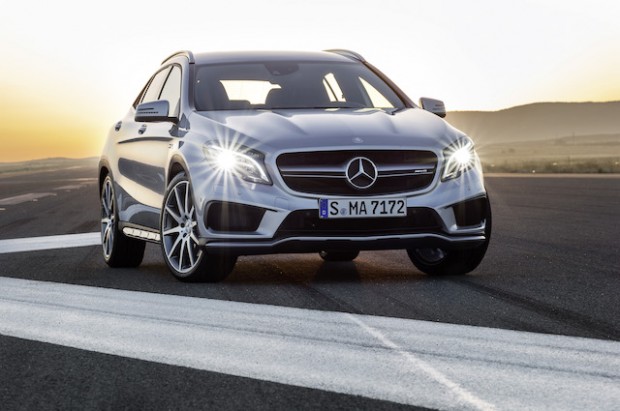 The Mercedes Benz GLA is a slightly difficult model to understand, and this requires some explaining.

The GLA is the Mercedes-Benz equivalent of the BMW X1, Range Rover Evoque and Audi Q3, a compact SUV designed to blend the practicality of a hatch with the option of four wheel drive. The latest area seemingly ripe for expansion is the crossover SUV sector, which Mercedes-Benz is dropping into with this, the GLA – a car based on the same architecture as its A-class hatch and CLA saloon. And Mercedes also wanted to offer some of the glamour of a Range Rover Evoque. An off-roader that in truth would rarely be taken off road, but carried the right ‘lifestyle’ image

The GLA’s body is a little bit larger than the A-Class though, which means improved interior and boot space giving owners more practicality. 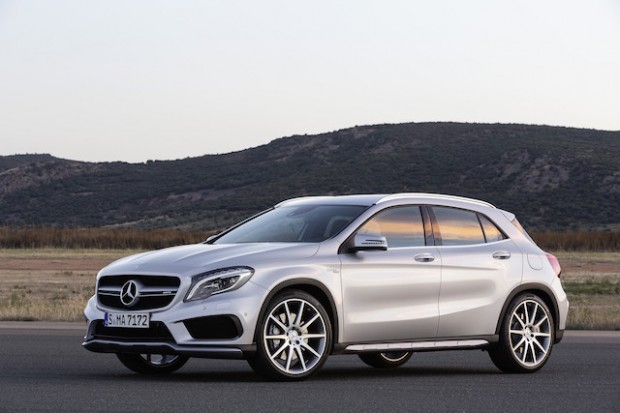 Unlike its tall, SUV-inspired rivals, the Mercedes GLA looks like a family hatchback on stilts – and that’s exactly what it is. The Mercedes is more than 100mm lower than its closest competition, while the large headlamps, bold grille and curving roofline are pure A-Class. 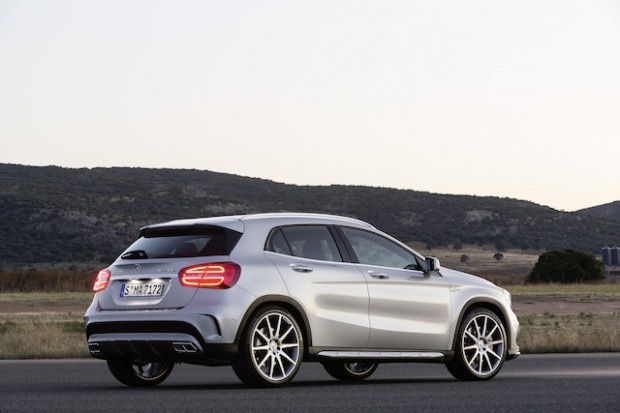 Mercedes fits some rugged touches to the GLA, such as the plastic body cladding and wheelarches. Sport models get 18-inch alloys and aluminium roof rails, while buyers looking for a little more visual aggression can opt for the AMG Line version of the GLA, which adds different alloy wheels and a sporty, subtle bodykit.

It’s even prettier from the back – something that can’t be said about the A-Class. Visually, the GLA is a refreshing alternative to the bland-looking Audi Q3 – even after its recent facelift – and not sexy at all BMW X1. 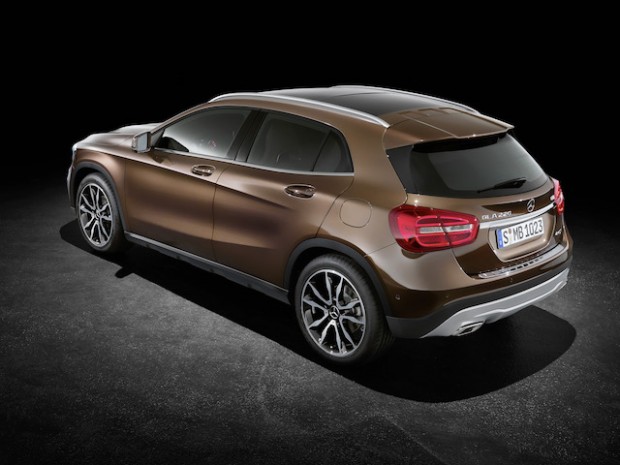 Step inside the GLA, and the interior design follows on from the A-Class, thanks to a dash that has been inspired by the firm’s old SLS AMG supercar. It features racy-looking dials and a tablet-style display for the infotainment system, which already features on other Mercedes models – the A-Class, B-Class and new C-Class.

There’s decent room for two adults up front, but there’s only average leg- and headroom for anyone beyond too tall in the back. The rim is pleasingly sized and sculpted, while the seats (standard artificial leather chairs) are large and comfortable.

The rear door openings aren’t particularly wide, either. The boot is quite large at 481 litres, but fold down the rear seats and it offers just 1235 litres. 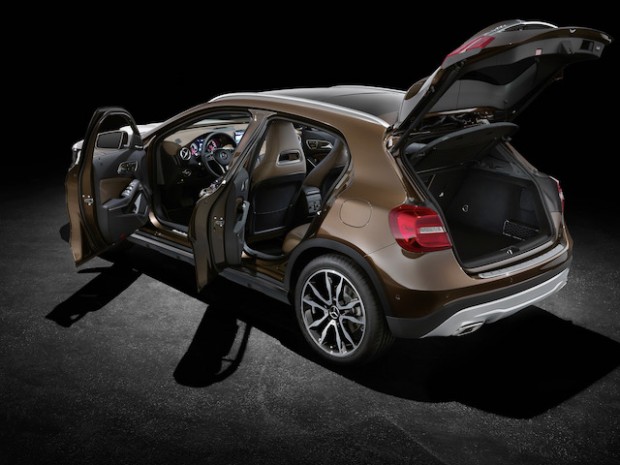 The central display pod — and very 21st century it looks, too — sits atop the middle of the dashboard and deals with navigation, audio and communications set-up, as well as some vehicle status data, such as consumption history and off-road info. The controller — a pushable, movable wheel on the centre console — does the honours.

All GLAs get an infotainment system with a 5.8-inch colour screen, Bluetooth, DAB radio and an interface for external devices. Other standard kit includes air-conditioning, rain-sensing wipers and 18-inch alloy wheels (you get a different design of wheel if you opt for AMG Line trim, which also brings a bodykit and lowered suspension).
There are plenty of cubby-holes dotted around the cabin and decent sized door bins, while a large rear window and the elevated driving position improves visibility over the A-Class. 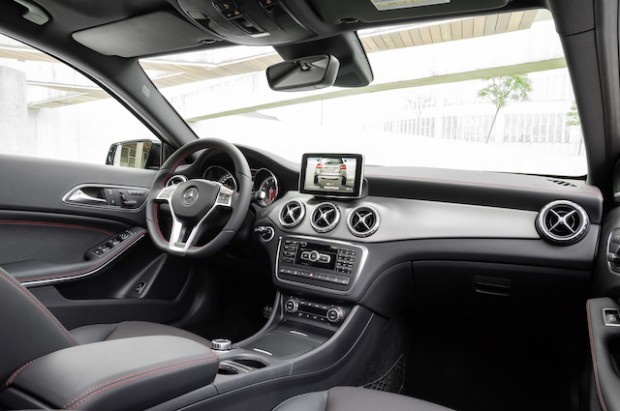 A range of four-cylinder petrol and diesel engines are offered in the Mercedes-Benz GLA. The entry-level GLA200 gets a 154bhp 1.6-litre turbocharged petrol, while the GLA200 and 220 CDI pack a 2.1-litre turbodiesel in 134bhp and 168bhp guises.

The front-wheel-drive 200 CDI I tested, which gets a six-speed manual gearbox as standard was gruff when worked hard, but quiet when up to speed. 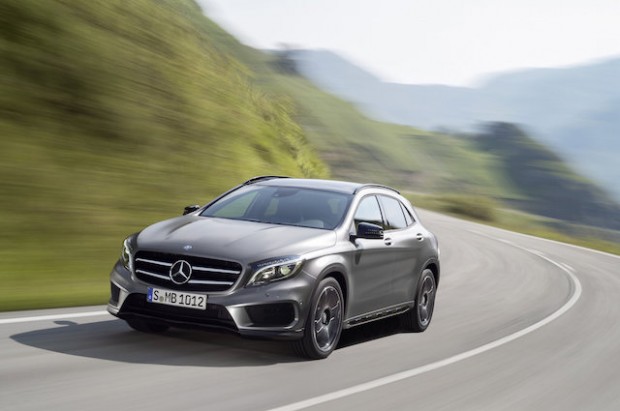 The GLA is better suited to a more laid back driving style and it’s the excellent ride quality that really shines through. It’s quiet and comfortable at motorway speeds and good over long distances. The GLA is the best-riding and most comfortable compact car that Mercedes has produced of late.