The new Discovery Sport is an extension of the Discovery model line, all styled similarly with cues to the big Range Rover, but differing in size.
Aimed straight at the Audi Q5 and BMW X3, the new Disco is based on a modified Range Rover Evoque platform, giving it a longer wheelbase to increase rear seat volume
The Discovery family, as Land Rover would have you believe it – intended to represent those who want a ‘Leisure’ Land Rover. For the record, a Range Rover is for those who seek ‘Luxury’ (naturally), while the next Defender is set to provide the ‘Dual-Purpose’ of extreme off-road capability plus more habitability than it currently offers. 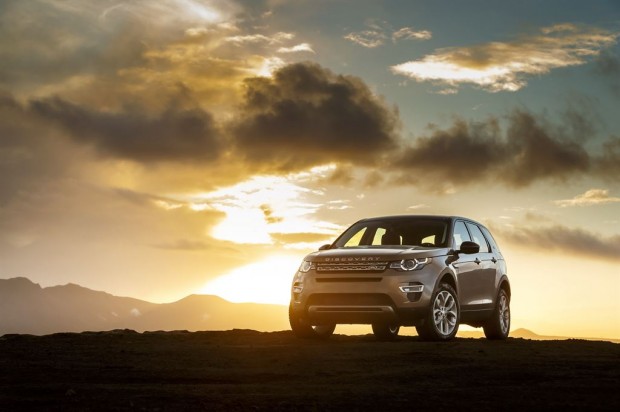 The wide driver’s seat is very comfortable, although it’s worth adding the adjustable lumbar support and electric seat adjustment (this is standard on high-end versions) if you do lots of miles because it makes finding the ideal driving position easier.
The second row is much more accomodating, with the ability to adjust the angle of the backrests, as well as slide the seats fore and aft to give outstanding leg room. While you can fit three adults across these seats, it will be a squeeze. 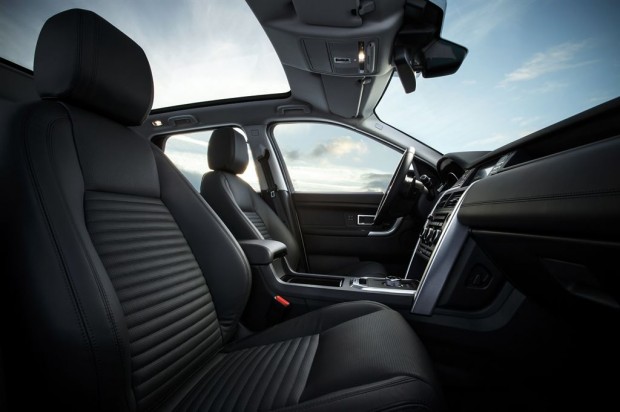 The Discovery Sport has an all-new (or at least all-new-ish) infotainment system which will eventually make its way across the model lineup. It is similar in look and feel to the old system but improved in every way, especially in terms of speed and ease of use. The system’s eight-inch screen has a somewhat low resolution at 800×480 pixels, but offers a WiFi hotspot and does a great job of streaming music from the various apps on your phone. You can connect up to two Bluetooth devices, with one of them being for phone and music and the other for music only. Four high-wattage USB ports make sure everything stays charged on the move. 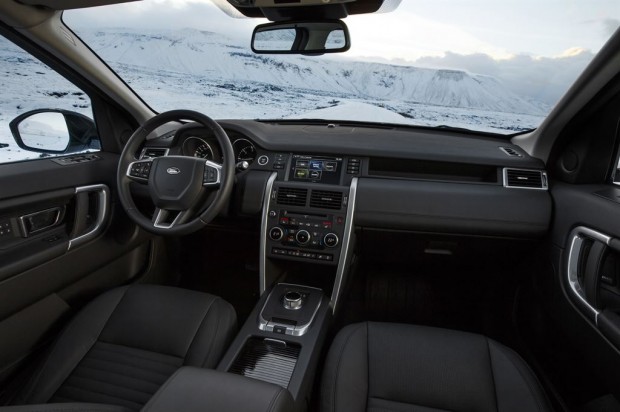 The 2.0-liter turbocharged four-cylinder engine is a direct transplant from the Range Rover Evoque, but in the Disco Sport is mated to a new 9-speed automatic transmission, good for 20 mpg in the city and 26 mpg on the highway. The engine makes 240 horsepower and 250 lb-ft of torque, enough to move the little Rover around but not enough to win many stoplight drag races. 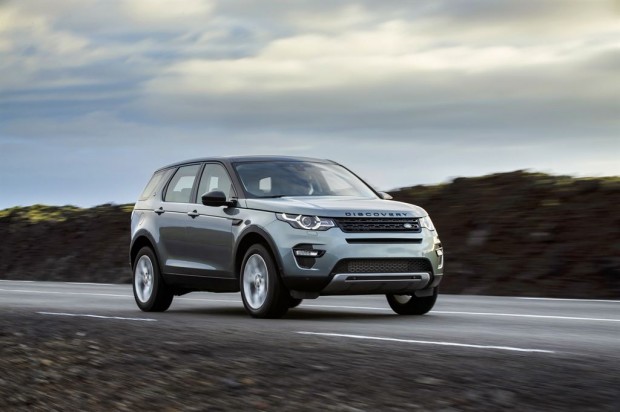 The Haldex all-wheel-drive system is controlled by Land Rover’s Terrain Response system, allowing the driver to choose the type of driving surface so the Landie can automatically adjust throttle response, gearbox, braking, and stability systems for maximum traction. Few will take their Disco beyond the dirt in the little league field parking lot, but this system works surprisingly well in the bigger Range Rovers.
Gearchanges are swift and smooth. The manual model is slower and has a ponderous gearshift. 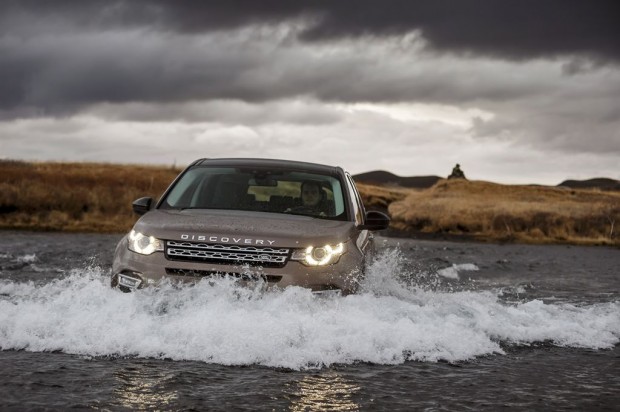 A 0-100km/h time of 8.9 seconds is respectable, but it’s the way the car surfs on its mid-range power that really impresses. Combined with a responsive automatic gearbox and that well-controlled suspension it means you can make surprisingly quick progress. 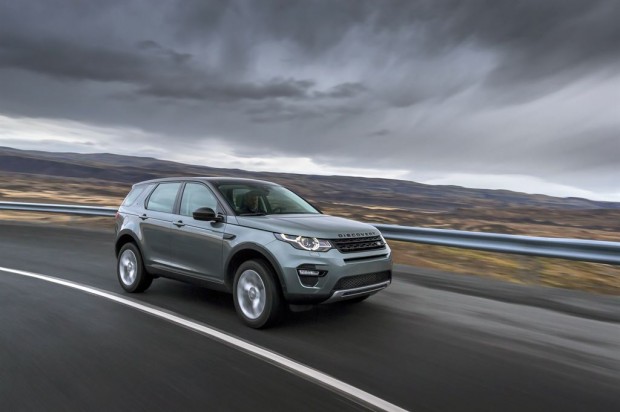 The Discovery Sport is proof that Land Rover can make even tall, heavy cars handle with aplomb. While not quite as overtly sporting as the Evoque, it still shrugs off fast direction changes and steers with great precision.
The ride quality is mostly impressive, the Discovery Sport managing to take the edge of lumps and bumps in the road without being so soft that its body rocks and leans through corners.
The ride is a bit smoother at higher speeds, too. The Discovery Sport grips well and has precise, confidence-inspiring steering, so it’s more than satisfying to drive.

This car is aasy and fun to drive with smooth controls but also it offers an outstanding interior space and flexibility, including seven seats as standard.
The Discovery Sport is a good looking vehicle, has all the features desired by its intended buyers including the cachet of being a Land Rover, and is competitively priced in its class.