[/wide] The Mercedes CLA-Class is one of Mercedes’ baby models, having only been around since 2013. The compact four-door luxury sedan immediately became one of the company’s most popular models, selling over 100,000 units in just it first year. Mercedes even called it its “best launch in 20 years,” which is no small feat considering the multitude of successful models the company has released in that time. Not surprisingly, the success of the CLA gave Mercedes the idea of expanding the family. 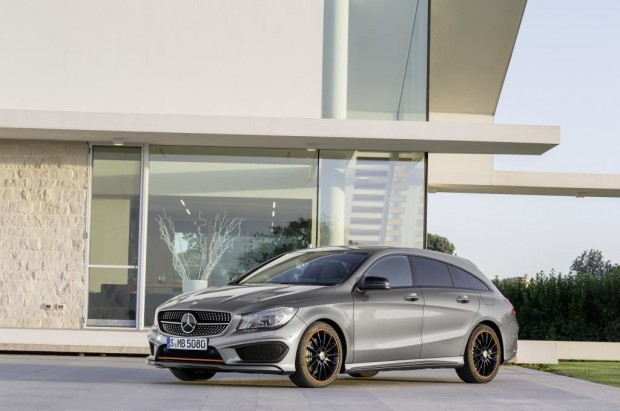 In an effort to dream up – and then fill – every single niche in the new-car market, here’s the new Mercedes-Benz CLA Shooting Brake.
What we’ve got here is an estate version of the CLA, which itself is a four-door saloon, styled like a coupe and based on the A-Class Hatchback. 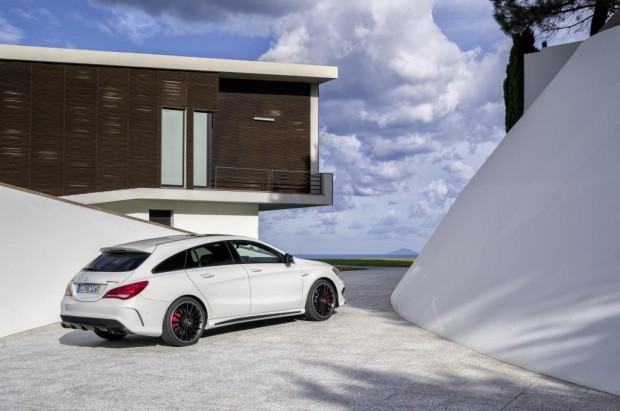 The CLA Shooting Brake’s overall design is arguably its high point. At the very least, it’s more proportioned than the four-door CLA Coupe ever was. That in itself is a victory for the CLA Shooting Brake as it clears away any confusion of what it really is.

The longer roof does most of the trick, but the flashy front profile and the aggressive body lines also adds some flair to the CLA Shooting Brake.
Still, it has and identity of its own, which is more than what you can say for other models of its ilk. 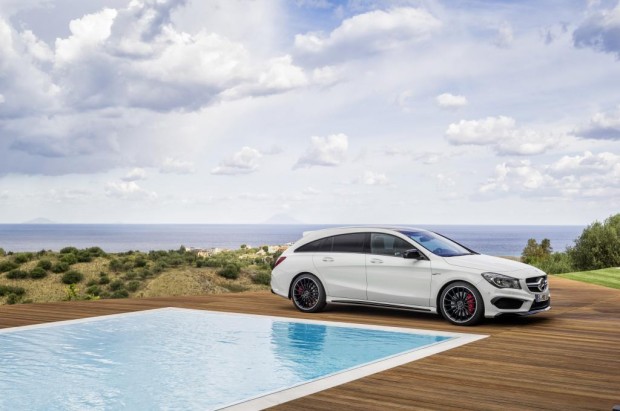 There’s a surprising amount of interior space, especially given the plunging roofline.

On board, all is where you left it in the A-class, B-class and GLA. This equates to a comfortable, ergonomically satisfactory driving position hampered only by an over-intrusive fixed headrest, hemmed into a mildly underwhelming environment which at once tries both too hard and not hard enough.
The seats are excellent and have lots of adjustment which means most people should be able to find a good driving position. 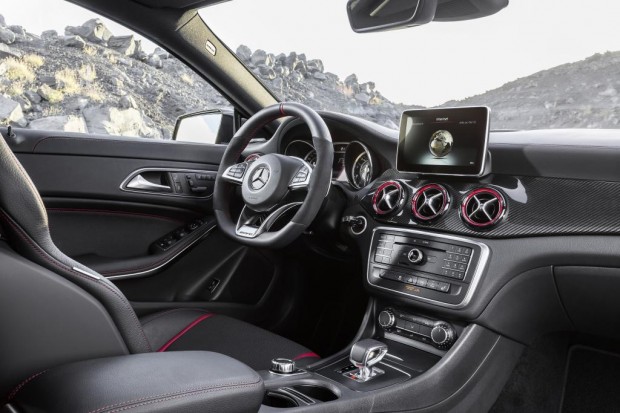 Rear passengers are treated to an extra 40mm of headroom thanks to the less sloping roofline – and that means tall people can sit in the back with relative comfort. The only slight issue here is that the roof does come a little close to the side of your head, which will make it feel a little claustrophobic over longer distances.

Since it’s an estate, you won’t be surprised to learn the boot is bigger than the regular CLA’s. It measures 495 litres, but thanks to clever rear seats which can rake, this can expand to 595 litres without folding any seats down. Tucking those back seats down unlocks 1,354 litres. 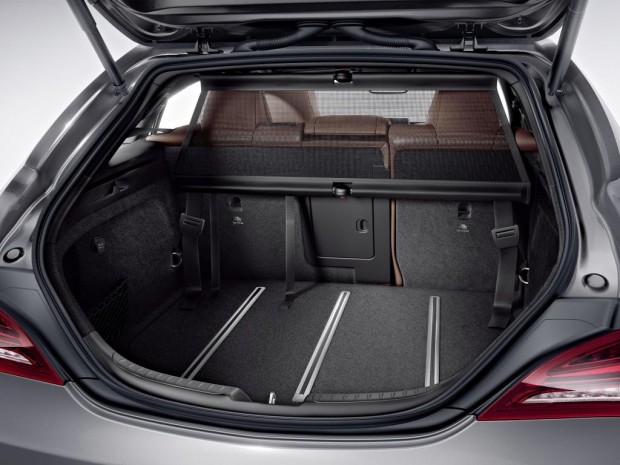 You’ll have a number of optional extras to further boost practicality as well. The tailgate can be powered, while a Load Compartment package adds the tilting seats mentioned above along with a collapsible box, a 12-volt socket and stowage net. 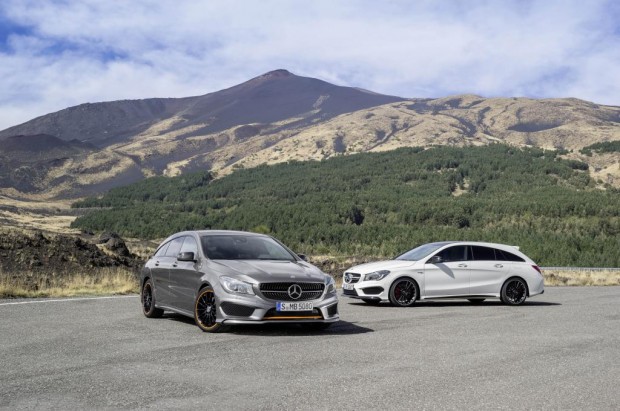 CLA Shooting Brake is being offered with different engine options : two diesels, three petrols; one manual and one automatic, respectively.

The best running costs will be from the CLA 200 CDI diesel, which can emit as low as 101g/km of CO2.
Conversely, the quickest Shooting Brake in the CLA range will be the CLA 250 4MATIC, which dispatches 0-100km/h in 6.8 seconds thanks to its 208bhp 2-litre turbocharged engine. This is the only model (other than the CLA45 AMG) that uses a four-wheel drive system. 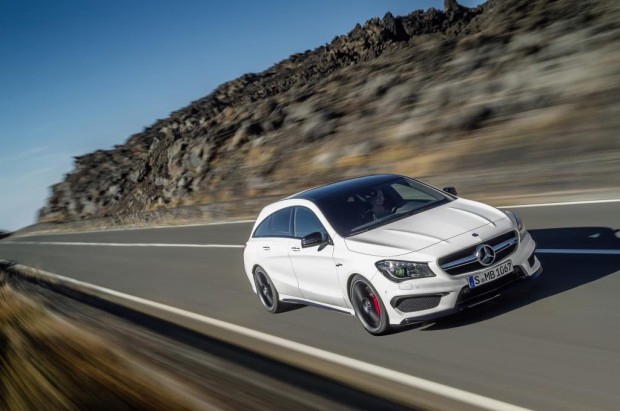 There will be a choice of four trim levels – Sport, AMG Sport, OrangeArt and Engineered by AMG. Even at the lowest grade, Sport, you get 18-inch alloy wheels and parking sensors as well as cruise control and a speed limiter. 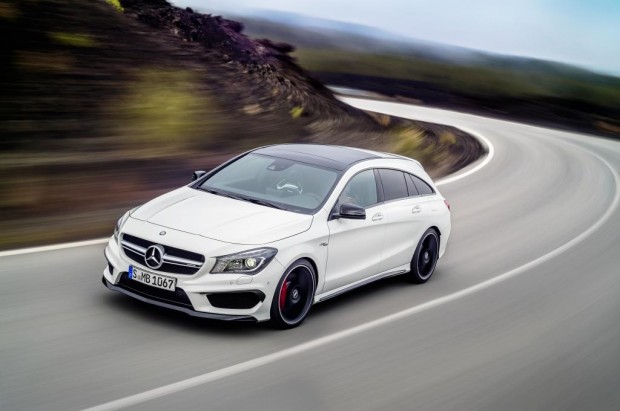 CLA Shooting Brake comfort level is excellent. Driving the car for a long road, many hours I found the seats excellent, being supportive and comfortable with a lot of adjustment.

It’s very quiet, though – the CLA famously has extremely good aerodynamics, which means it doesn’t disturb the air as much as other cars and thus wind noise is minimized. 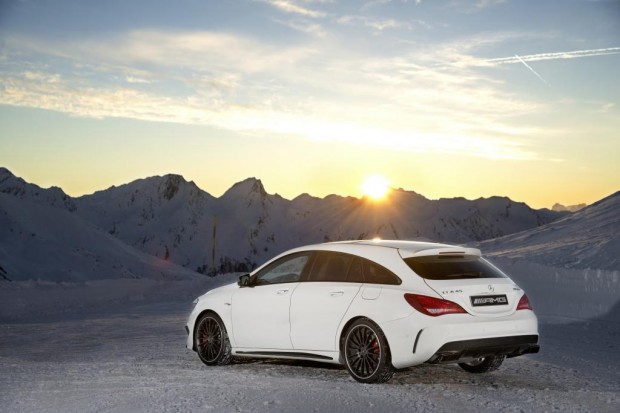 The CLA Shooting Brake range is a viable small-family option. Though pricier than most of its opposition, the usual Benz quality is evident and, especially in this form, is offered with the performance to match its distinctive appearance.
This car itself is really good : It’s probably the best-driving car I’ve tried on the A-Class platform, in fact. In the main it’s a very comfortable vehicle with some nice premium touches and serious amount of space in the back.