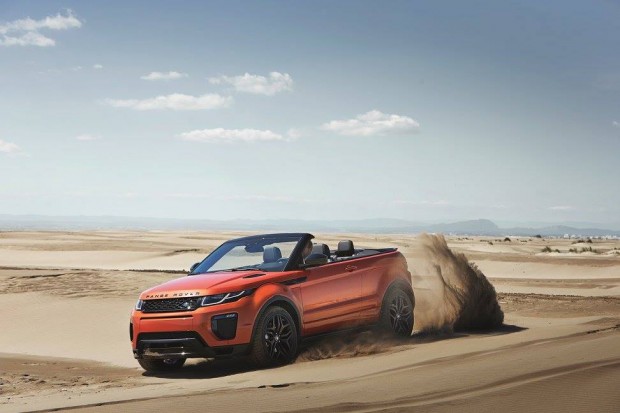 The ground breaking and distinctive shape of the original Range Rover Evoque lends itself to an elegant convertible design and the new model sits at the pinnacle of the Evoque portfolio as the most exclusive and capable convertible in the world. 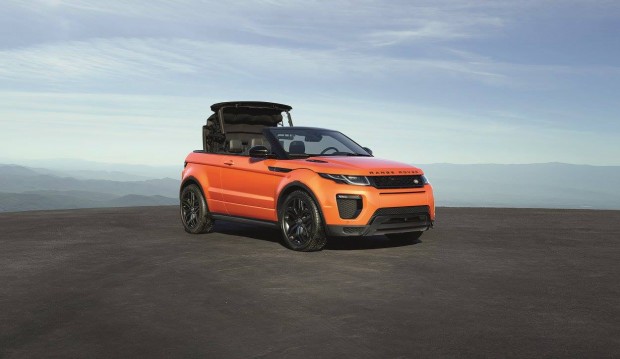 As the fifth member of the Range Rover family – and the first ever convertible – the new model combines traditional Range Rover luxury with a distinctive four-seat design and versatile storage. 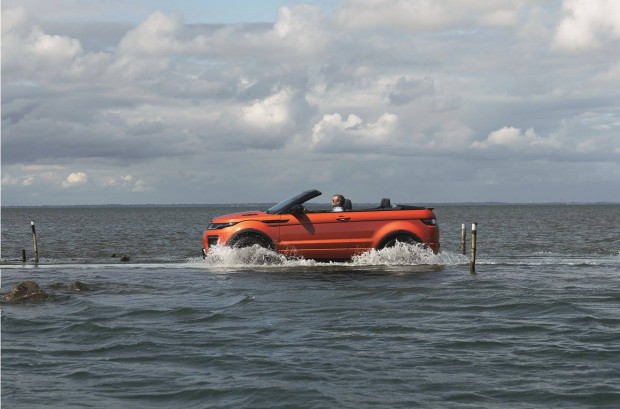 Evoque Convertible’s eye-catching exterior design is made possible by a sophisticated fabric roof shaped to create a crisply defined silhouette that remains faithful to the original design. Its Z-fold mechanism lays flush with the rear bodywork for a sleek, uncluttered appearance when lowered. The fabric roof is the longest and widest currently fitted to any vehicle.

The fully-automated roof stows in 18 seconds, and can be raised in 21 seconds, at speeds up to 50km/h. When closed it provides high standards of refinement with a layer of acoustic insulation ensuring interior comfort on a par with five-door Evoque. In addition, the position of the roof doesn’t affect loadspace, with a generous 251-litre boot offering unrivalled practicality for a convertible. 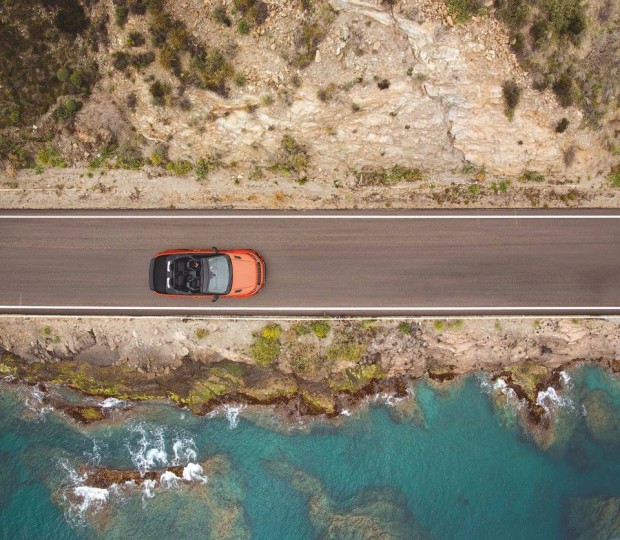 At the heart of the high-class cabin is an all-new, high-resolution 10.2-inch touchscreen with Jaguar Land Rover’s next-generation infotainment system, InControl Touch Pro, which debuts in a Land Rover. Raising the standard of connectivity for the brand, the highly-response and super-fast InControl Touch Pro offers seamless smartphone integration, door-to-door navigation, 3G connectivity and a premium sound system.

Safety hasn’t been overlooked with a Roll-Over Protection Device featuring deployable roll-over bars hidden in the rear bodywork. It deploys two aluminium bars within 90milliseconds in the unlikely event of a roll-over situation to create a survival space for occupants. 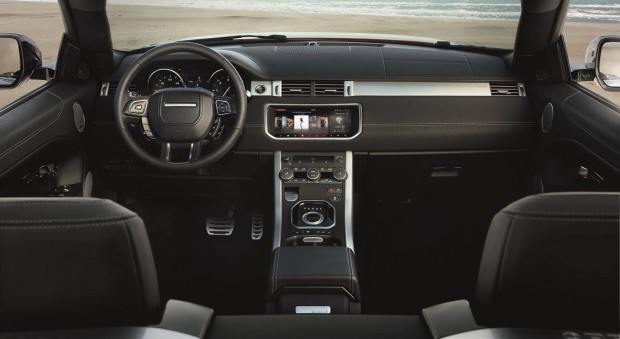 Diesel power comes from Land Rover’s 2.0-litre Ingenium engines which provide highly efficient and refined performance with fuel economy up to 55mpg (5.1 l/100km) and CO2 emissions as low as 134g/km.

The new Range Rover Evoque Convertible goes on sale across from Spring 2016.