The Holiday season is in full swing in New York City. Carol, a wealthy forty-something mother, strolls in her thick mink coat in the busy aisles of a department store, looking for the doll that will delight her beloved little girl for Christmas, when her look rests upon Therese, a salesgirl standing, lost in her thoughts, at her desk. Every social norm of the 1950’s America should keep these two women away from the passionate love story they are about to live at dear cost. The film is based on a novel written by the world-famous thriller author Patricia Highsmith. She published The Price of Salt under the pen name of Claire Morgan in 1952. Although Highsmith was openly lesbian, she was understandably wary of derailing her career, but she also may have been uncomfortable with the book’s exaltation of love. This is indeed the only novel she wrote without any violent crime involved.

Post-war America, the Land of the Free where no dream seems out of reach, remains a helplessly man’s world where woman’s emancipation is still but a distant fantasy. Carol and Therese, as most lesbians of their times, have to face a double minority condition, firstly as women having to live by the rule of men and secondly as lesbians looked upon as mentally deranged and sexually perverted and therefore subjected to psychological scrutiny. Secrecy and concealment are the rules. Especially for a divorcing mother like Carol, even though as strong, independent and resolute as a woman can be.

Todd Haynes, renowned for films such as I’m Not There, Far from Heaven or Velvet Goldmine, gives us another portrait of bold, unashamed and unyielding rebels defying the constricting normality that surrounds them to claim the right to live their life according to their heart, at any cost. The dimmed colour and faded light beautifully reflects the cold and grey East-Coast atmosphere of this winter romance only lit up by flashes of vivid red nails and lipsticks. As in any Haynes movie, the production design and costumes by Judy Becker and Sandy Powell are tremendous and perfectly reconstructthe spirit of the 1950’s, down to Carol’s smoking obession.

Portraying a character torn between her desires as a woman and her duties as a mother, Cate Blanchett delivers yet another riveting and magnetic performance for which she is nominated for the sixth time (she already holds two Academy Awards) at the Oscars for best actress. Rooney Mara, discovered in the adaptation for Stieg Larsson’s famous best-seller The Girl with the Dragon Tattoo and also nominated for an Oscar (as best actress in a supporting role), is stunningly beautiful in the role of the young and shy ingénue, only seemingly naive and fragile.

One could draw many parallels with Tom Ford’s equally achieved masterpiece A Single Man, but only to reveal the striking differences and complementarities that make Carol a unique, poignant and rich movie about the earth shattering power of love.
Text: Arnaud Grisard 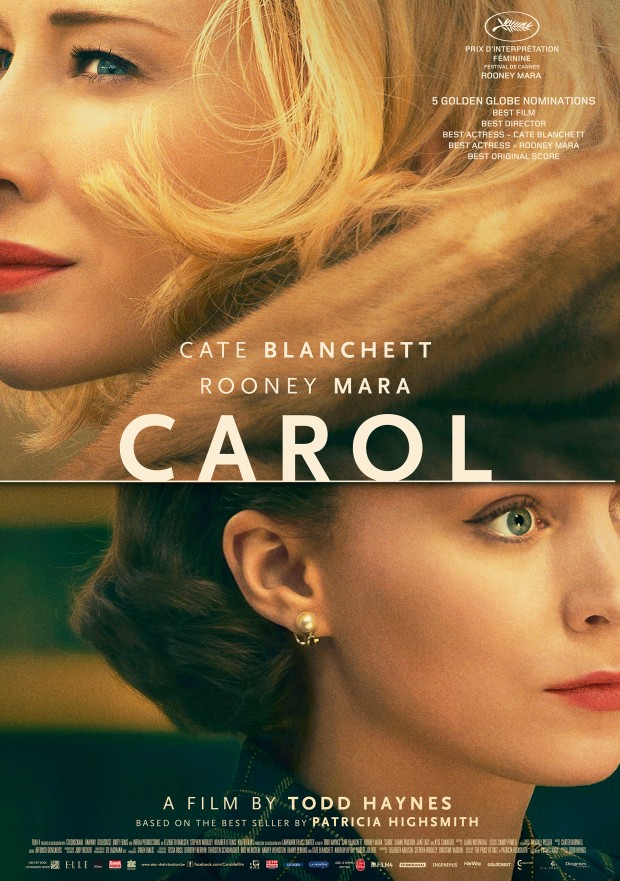 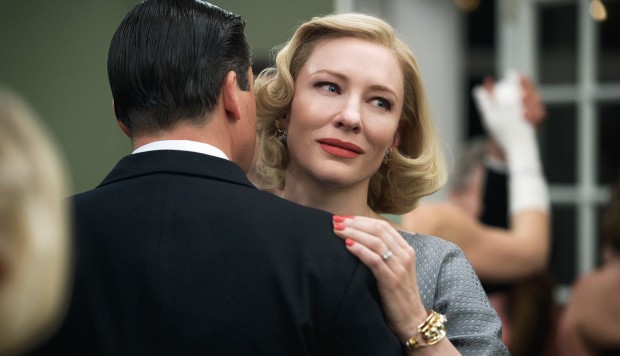 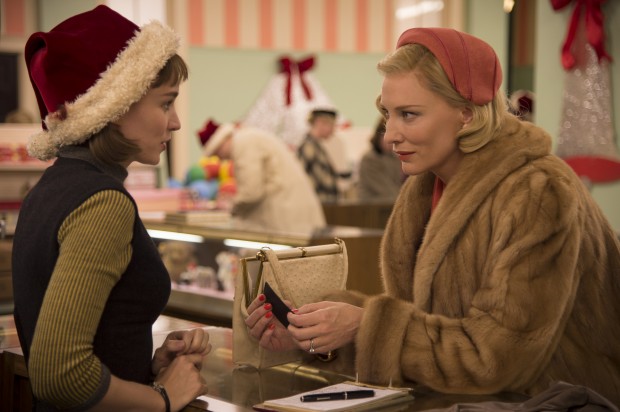